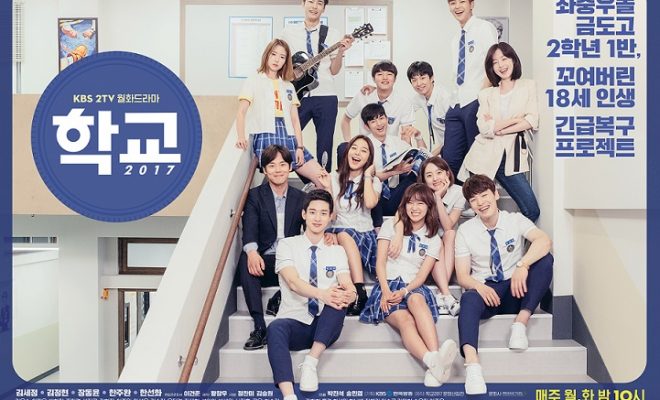 I am not expecting much on School 2017 due to its inexperienced cast, but I was not prepared on how bare the story introduction would be. It is a case when even the cute boys failed to function as bribes for me. 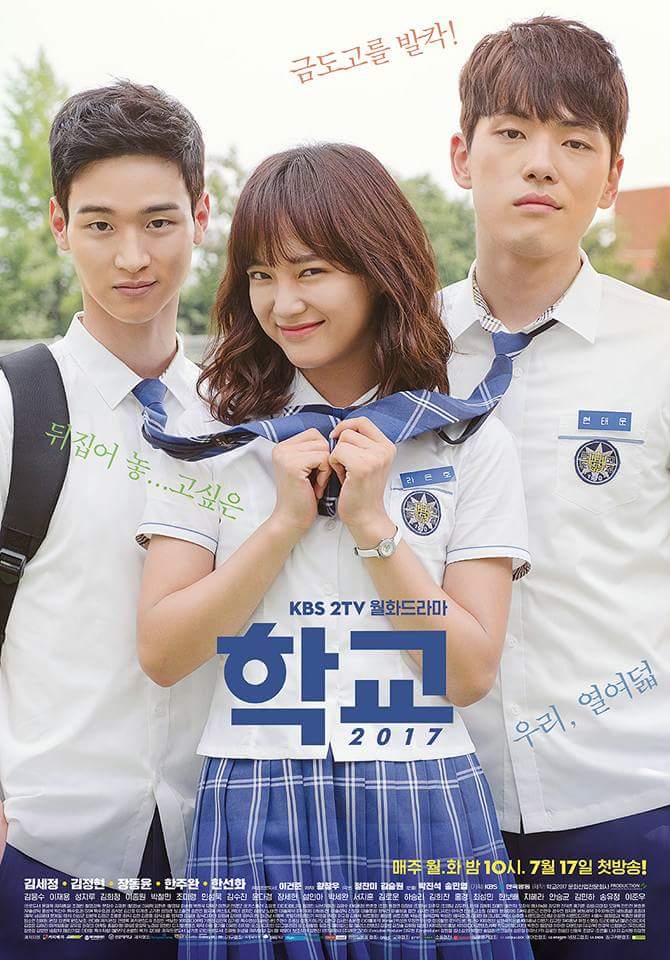 Following the tradition of the famed KBS series franchise, School 2017 opens its learning world by depicting a High School stage where prejudice against delinquents and dim-witted students are imposed blatantly by villains, who are shameless in misjudging youth.

A self-righteous principal who pressures the students in rolling practice exams prioritizes the cradling of bright students mantra more than understanding the tormenting reality of school rank stress, peer pressure, bullying and the rest of disheartening problems young people suffer in their school life. 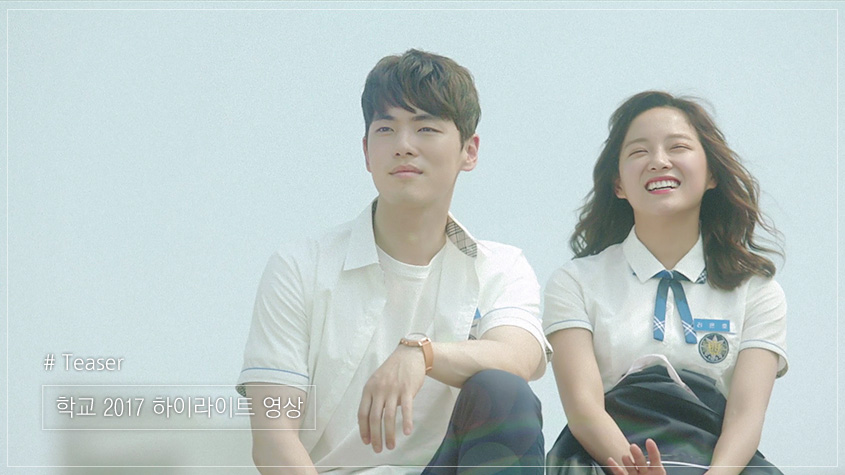 The student circle that will color the narrative so far reflects the different faces of typical students. Produce 101 alumnae Kim Se Jeong plays Ra Eun Ho, a spirited girl who loves to draw, and dreams of entering the college school of her oppa crush.

She unfortunately gets caught in the scene of a crime by a hero-rebel student causing ruckus in the school ground. Kim Jung Hyun (Rebel) portrays Hyun Tae Woon, the rich son of the school director who goes to school nonchalantly. He shows casual friendship with Eun Ho and feels strained to live up to his father’s expectation of him.

The A-student Song Dae Hwi is acted by Jang Dong Yoon (Solomon’s Perjury). He is everything perfect as a student, except a rich family to back up his dream to enter the country’s top school. 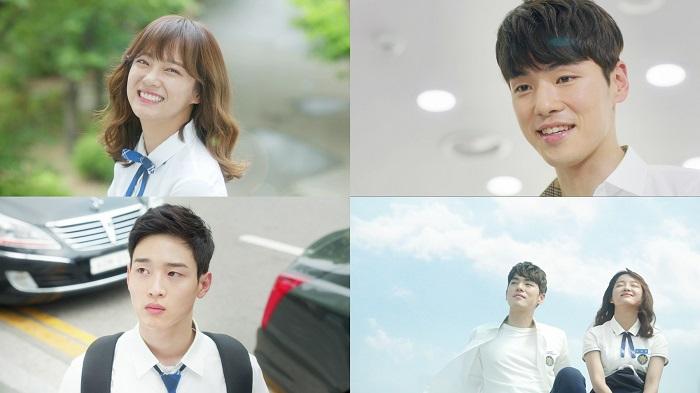 Owing to Eun Ho’s supposed misdemeanor, she is placed under a disciplinary action but is saved by the hero-rebel, who manipulated a drone while the principal castigated misbehaving students in his preaching stint when they are all assembled in the gymnasium. Eun Ho’s innocence is proven but she is determined to reveal the identity of the insurgent student.

School 2017 flaunts a newbie cast, supported supported by veteran actors who play the parents and school faculty. This is the first drama this year that left me without any emotion after watching the premiere episodes.

It felt like canvas with vivid colors, and pretty images without depth and meaning. If some of the characters’ overflowing exaggeration will be transferred to the insipid story line, I’m sure School 2017 can still improve the tasteless opening week.

Catch School 2017 on KBS every Mondays and Tuesdays at 10 PM.