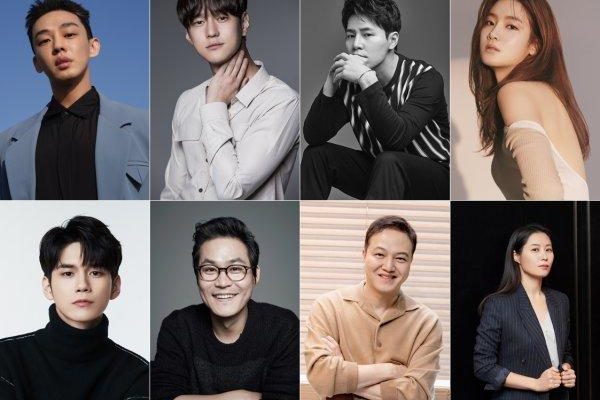 Olympic fever hits the city of Seoul in 1988 and a group of hipsters blaze through with an incredible full-speed heist in upcoming Netflix film #SeoulVibe!

Netflix, the world’s leading streaming entertainment service, has confirmed the production of Seoul Vibe, an action blockbuster packed with thrills and adrenaline-fueled scenes.

Seoul Vibe is an action blockbuster revving with pulse-pounding pursuit. The drivers of the Sanggye-dong Supreme Team become mired in the slush fund investigation of a powerful person on the very day of the 1988 Seoul Olympics opening ceremony.

With all eyes of the world on Seoul with the pending Olympic Games, the chaos in the city provides opportune timing for moving illegal funds. The special operation to chase the money reels in baby drivers with amazing drifting skills.

At the helm is director Moon Hyun-sung who has forged solid works such as the heartfelt drama As One and the comedic investigative film The King’s Case Note. Pumped up by the fervor of the 1988 Seoul Olympics and the rhythmical beat of old-school hip hop, the Netflix film Seoul Vibe promises to drive up adrenaline levels with the thrill of the chase and old-fashioned drifting action. 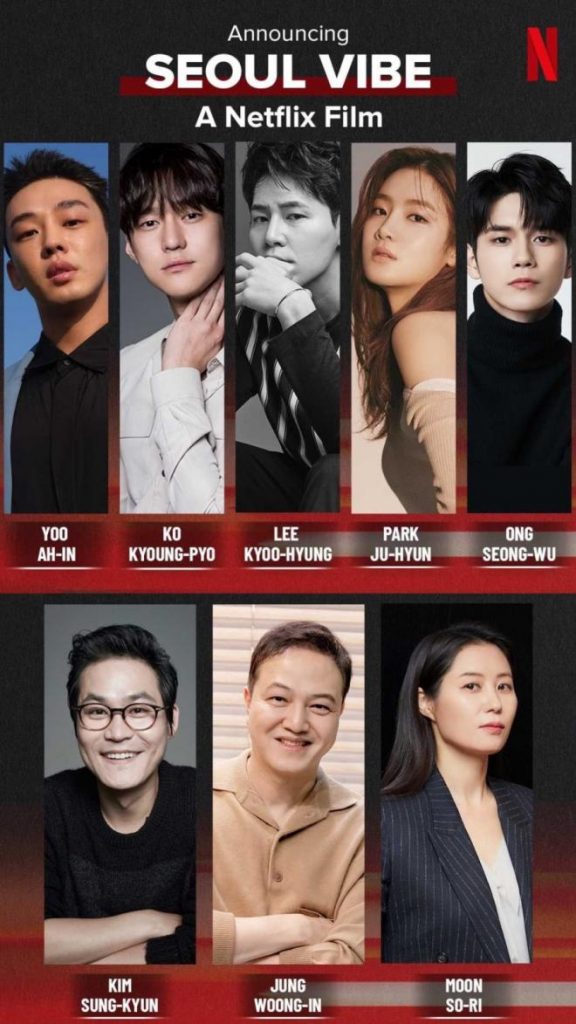 A star-studded cast has been confirmed to play the roles of these blazing hipsters blasting through Seoul full speed.

Yoo Ah In plays Dong-wook, the top drifter leading the Sanggye-dong crew. Yoo has been transforming himself through various roles in diverse genres, including the soon-to-be-released Netflix Original Series Hellbound. For his performance in Voice of Silence, Yoo received the Best Actor award at both the Blue Dragon Awards and the Baeksang Arts Awards.

Lee Kyoo Hyung plays Bok-nam, who knows the geography of Seoul like the back of his hand. Lee is known for his character immersion in live performances and filmed productions, including shows such as Hi Bye, Mama!, Prison Playbook and Stranger.

Park Ju-hyun plays Dong-wook’s younger sister Yoon-hee, the charming president of the top bikers’ club in Seoul. For her role in the Netflix Original Series Extracurricular, Park nabbed the Best New Actress award at the Baeksang Arts Awards. Since then, she has been widening her acting range through roles in Zombie Detective and Mouse.

Ong Seong-wu plays Joon-gi, the MacGyver-esque Sanggye-dong crew member who is like a younger brother to Dong-wook and somewhat old-fashioned in his ways. Ong has been building up his filmography with a series of roles in More Than Friends, Moment of Eighteen and two films that will soon be released, Jung Family’s Farm and Life is Beautiful.

Kim Sung-kyun plays Secretary Lee, a key figure in managing the money laundering and slush fund delivery. Kim has appeared in The Fiery Priest, the Reply series and plays a charismatic role in the upcoming Netflix Original Series D.P.

Jung Woong-in plays the chief prosecutor who recruits the Sanggye-dong crew for a crucial mission. Jung is a seasoned performer on stage and in front of the camera, with roles in Delayed Justice, Woman of 9.9 Billion, Chief of Staff, Ice, and Richard III.

Lastly, Moon So-ri plays Chief Kang In-sook, the loan shark mogul and the shadow figure in control behind the powerful person. Moon has shown strong performances in the Netflix Series The School Nurse Files and in films Three Sisters, The Running Actress, Little Forest, and The Handmaiden.