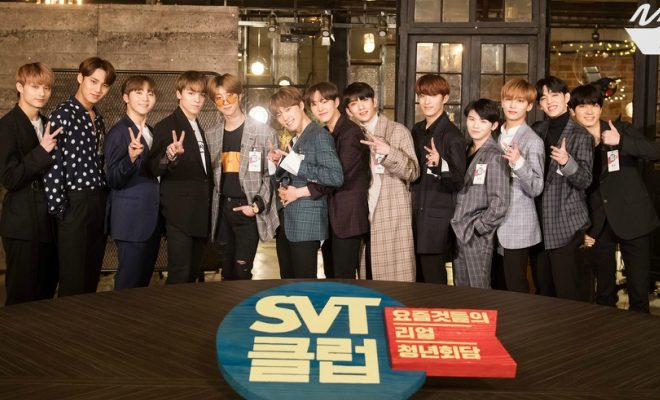 Another project to look forward from SEVENTEEN!

South Korean boy group SEVENTEEN is set to make its return to entertainment programs next month via SVT Club.

The 13-member boy group will star in its own show which will combine the formula of a reality program and talk show. Through the program, the members of SEVENTEEN are expected to discuss and offer their thoughts on trends among young people.

A special MC will also join the program.

SVT Club will be broadcasted beginning April 5 at 8 p.m. KST on Mnet and be available online via M2. It will also simultaneously air in Japan via AbemaTV. 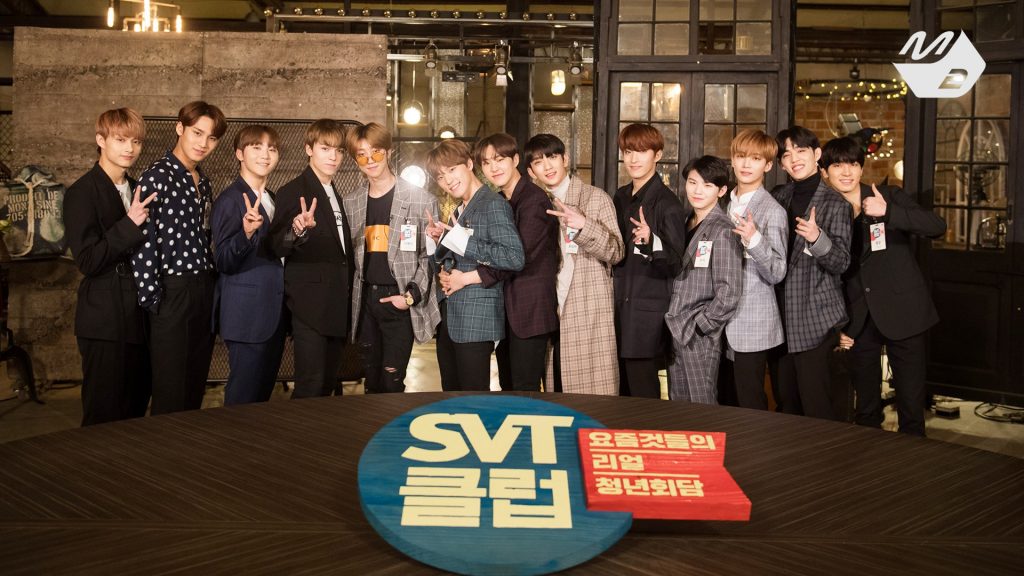 Meanwhile, members Seungkwan, DK, and Hoshi will release their first digital single “Just Do It” as the special unit BookSeokSoon on March 21.