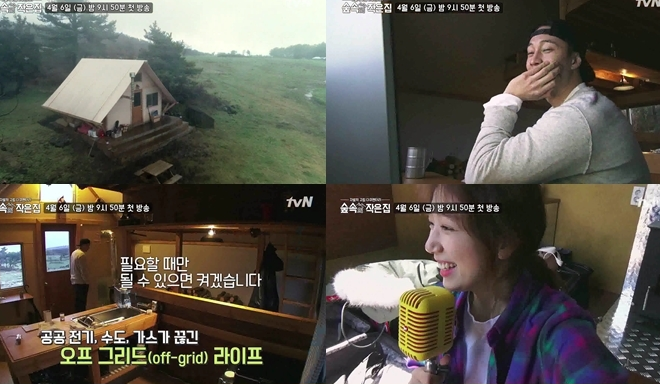 Little House in the Forest teases laid back living for So Ji Sub and Park Shin Hye.

Finding happiness while remotely living away from the city will be the goal of top actors So Ji Sub and Park Shin Hye.

Ahead of the official premiere of tvN’s Little House in the Forest, a quick peek of what’s in store for viewers was released by the production team, showing the actors mundane secluded living. 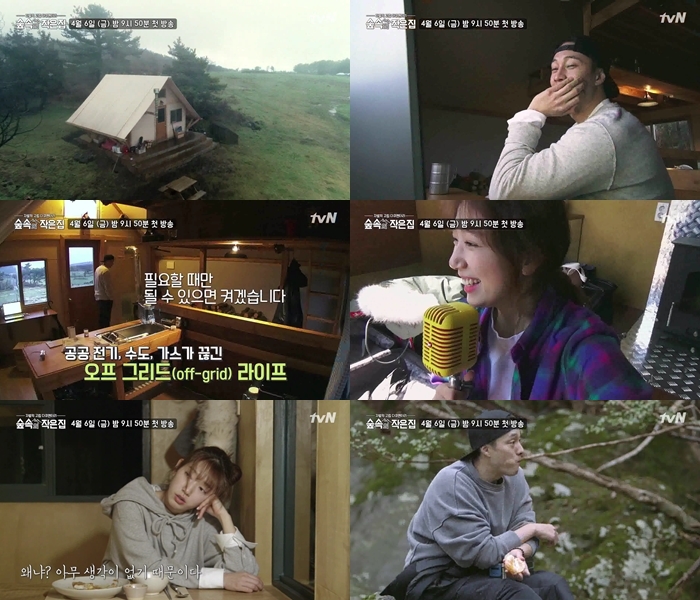 The teaser revealed glimpses of their activities like chopping woods and battling with old school cooking. The experimental TV show will also present the top actors in an unfamiliar environment, surrounded by the beauty and sounds of nature.

In the unveiled video trailer, So Ji Sub is shown having a quiet moment while watching the rain pouring down. In contrast, Park Shin Hye enjoys a forest day out under the sun. The joy in their eyes are also captured in the teaser.

Surrounded by nature, So Ji Sub and Park Shin Hye will challenge themselves to live in a minimalist way without public electricity, water and gas. The show is gaining buzz from the main entertainment portal site after the trailer was released on the finale episode of Youn’s Kitchen 2.

In related news, So Ji Sub recently starred with Son Ye Jin in well-received film Now I Will Meet You. He also confirmed his appearance in the new MBC drama Terius Behind Me (working title), which is set to air on the second half of 2018, tentatively targeting August to September broadcast period.

Little House in the Forest will be aired on April 6 via tvN.