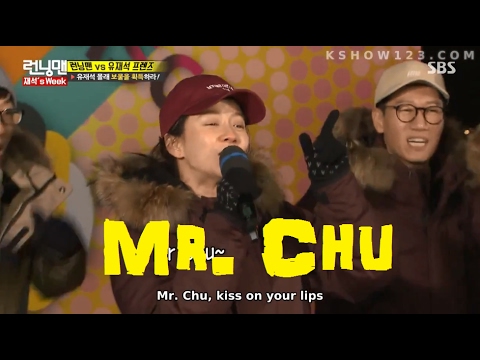 Running Man’s dedicated fans may know that Song Ji Hyo‘s most favorite song is none other than 4Minute‘s Hot Issue. Because whenever listening to the track, the actress is able to dance and sing along its melodies with all her enthusiasm.

People thought that Hot Issue was the only Kpop song the lyrics and choreography of which the star knew.

However, on the program’s 339th episode, Song Ji Hyo once again had a successful performance when singing Apink‘s hit track titled Mr.Chu with her natural voice. The actress’ rendition received strong support from the TV show’s cast, gaining 75 scores for her team.