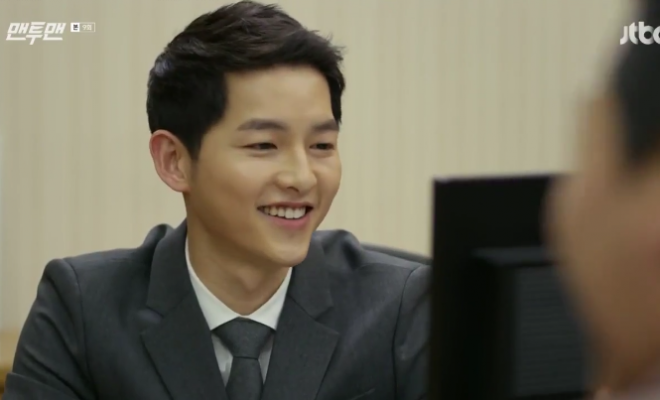 The much awaited Song Joong Ki cameo on Episode 9 of ‘Man to Man’ draws the actor’s signature manly charm as a suave banker.

JTBC’s spy-rom-com drama ‘Man to Man’ hits the middle part of its run at present, and has been consistently notching impressive ratings. A Song Joong Ki cameo must have been bestowed as a special gift to its loyal viewers.

‘Man to Man’ picks up on a predicament that involves the heroine’s father being framed for a murder.  Cha Do Ha and action star Yeo Woon Gwang are forced to seek Ghost Agent K’s help, who already resigned from being Woon Gwang’s bodyguard.  His secret agent cover is revealed when he saved Do Ha from the recent abduction ordered by a powerful conglomerate boss, which also pinned Do Ha’s father to the sin that he did not commit. The stoic undercover agent offers only one way out – to secure 5 Million US dollars that he will use for a high-end black market auction which involves the current mission he is working on. 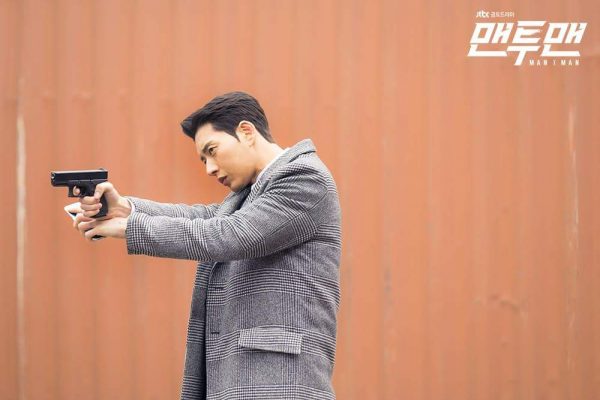 Enter the most handsome banker in the whole wide world – a cameo by Song Joong Ki, who struts his manly charm to the narcissistic action star and apathetic spy. 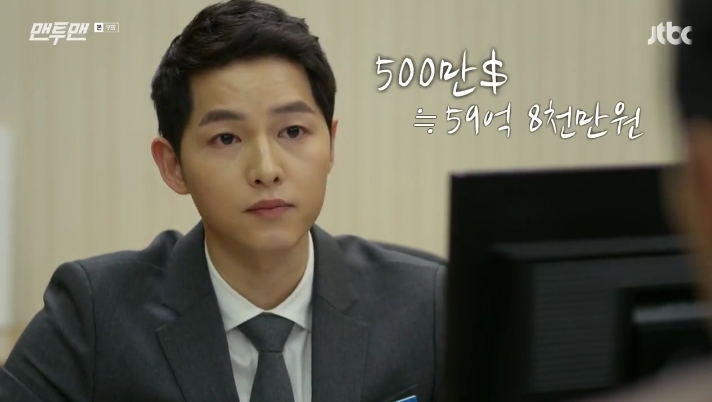 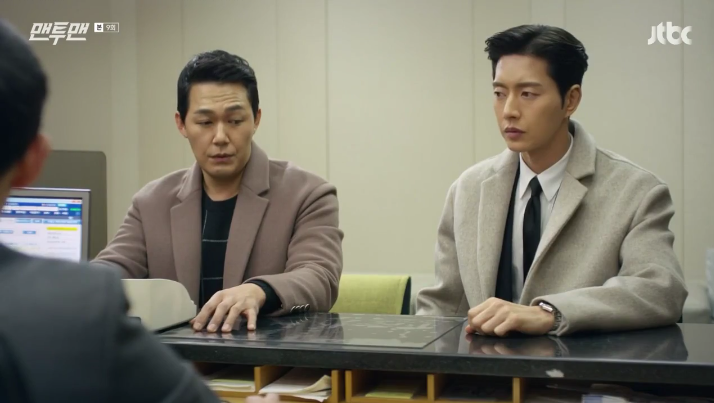 Actor Yeo Woon Gwang, who belatedly realizes the repercussions of his spur of the moment, promises to help Do Ha and the country through supporting Agent K’s mission – visits the bank to transfer the money.

Woon Gwang goes back and forth to the big sum of money he is going to let go, but bodyguard Kim places his hand on his, and reassures him that he will complete his mission and return the money he owes.  Banker Song Joong Ki is beguiled on the two alpha males holding hands in front of him. 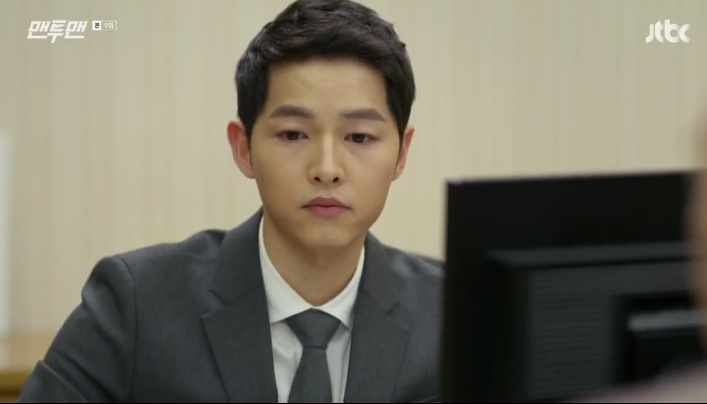 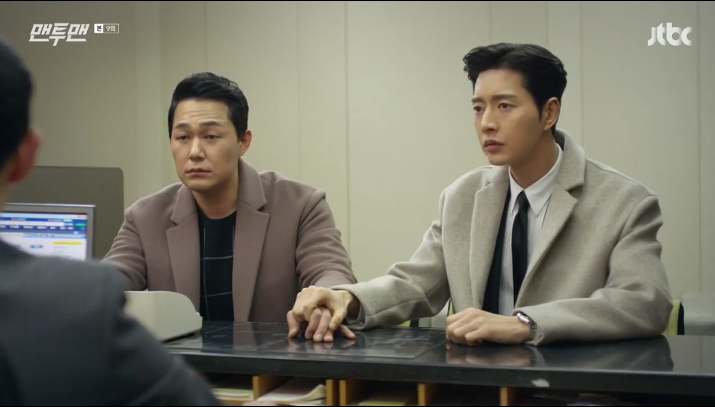 Banker Song Joong Ki then explains that the transfer has been successfully completed as Woon Gwang tries to bargain if there was any problem encountered during the transfer. 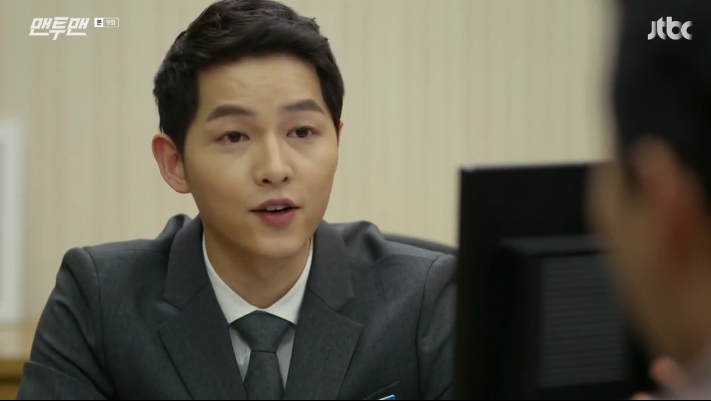 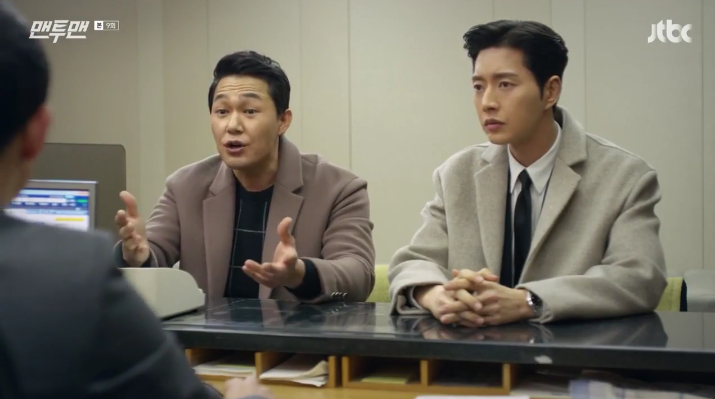 Woon Gwang mumbles how he is due to pay 1 million US dollars for his movie project so banker Song Joong Ki beams and explains happily that after the fund is transferred, he will still have a million dollar left in the account to cover his movie project.  He grins at delivering the zero balance news to his customer, and urges him to enter his pin to seal the transfer. 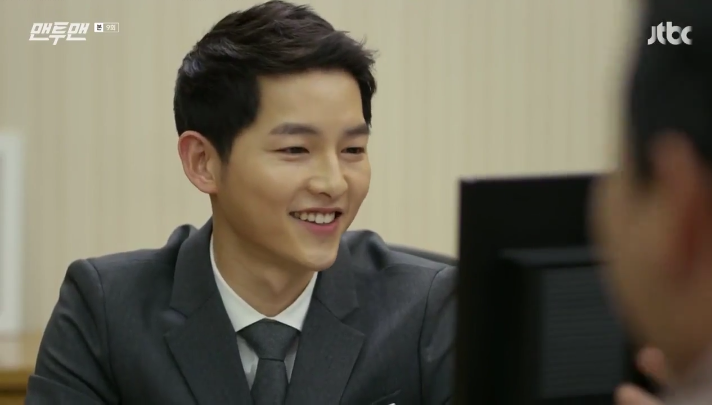 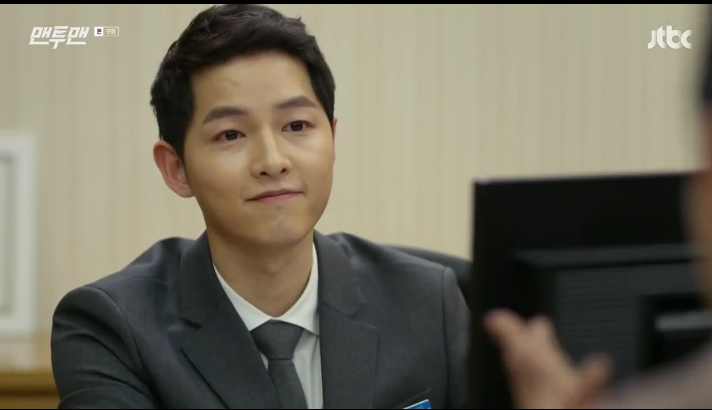 The many faces he showed on his quick stop at the drama land will surely make his followers miss him even more.

At least we get to see him now, before his epic movie ‘Battleship Island’ hits the big screen in less than two months.

Here is the teaser for episode 9 of ‘Man to Man’!

Catch it on jTBC, every Fridays and Saturdays at 11PM.