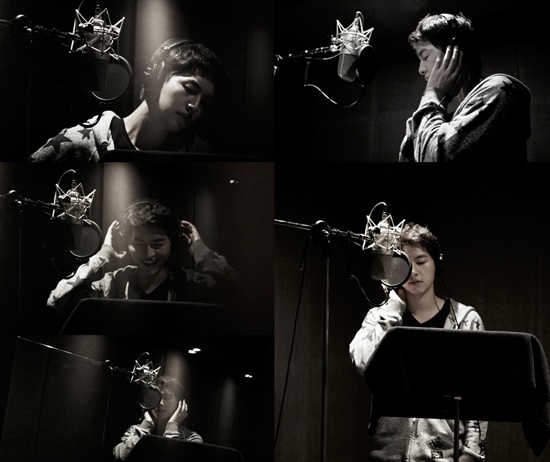 Song Joong Ki sings his heart out to ‘Really’

Sidus HQ posted a photo of Joong Ki recording for the song. The picture has been receiving attention because of his variety of expressions like him fully singing with his heart with his eyes closed and sometimes an awkward smile because he was not used to the situation.

For Wednesday-Thursday drama series, Nice Guy is in first place. His portrayal of his character Kang Maru has been complimented a lot. He also filmed the movie, A Werewolf Boy, and is now a box office hit in South Korea.