Stay Madly in Love with ONE this June!

Singapore, 12 June 2014 – Do you remember how it feels like being madly in love?

Relive that feeling and dive in the mood of love with the brand new South Korean drama – Madly In Love, on Channel ONE this June.

Madly in Love is a heart-wrenching drama that follows the story of a pair of star-crossed lovers, tangled in ill-fated destinies due to the conflicts of their parents’ generation. The 47-episode Madly in Love stars the 2011 SBS Drama Awards’ New Star Award winner Sung Hoon (The Great Doctor) as Kang Moo-yeol. He plays a third generation successor to a dairy company who has it all until the love of his life, Han Yoo-rim passes away.

In a twist of fate, Moo-yeol falls in love with Yoo-rim’s tomboyish younger sister, Han Yoo-jung (Choi Yoon-young, As One) and realises that they have a deeper connection than just the loss of Yoo-rim. Things get complicated when Moo-yeol’s half brother, Hong Soo-hyuk (Shim Ji-ho, A Frozen Flower) falls for Yoo-jung as well. Will the children escape their family feuds to stay together? 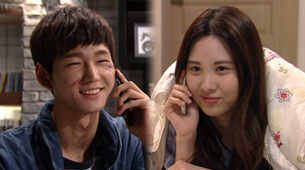 For fans of K-pop female group Girls’ Generation, Madly in Love will also guest star Seo Hyun in her television drama debut. The singer and budding actress will appear in the first five episodes as the younger Han Yoo-rim. We’ve got our fingers crossed for the lovers. Expect a heartbreaking and romantic tale that will have everyone fall Madly In Love with ONE this June. Madly in Love premieres on 18 June 2014, airing from Mondays to Thursdays at 7.40pm (SG, MY) / 6.40pm (JKT). 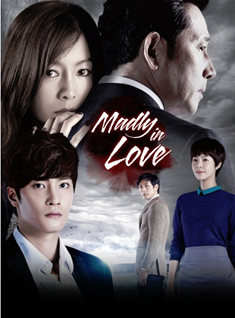 ONE is available on:

Source: Press Release from ONE