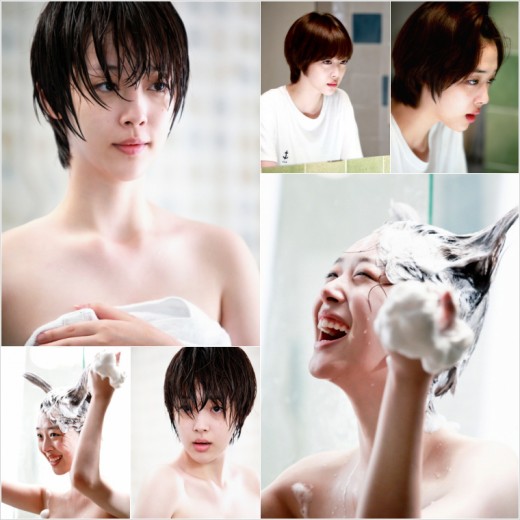 In the first episode of To The Beautiful You, the Korean version of popular Japanese manga Hana Kimi, Sulli garners a lot of attention due to her shower scene.

Stills have been released online and shows Sulli covering her body with a towel and the young idol star was reported to have been feeling a little nervous as she appeared on set. Though it’s hard for Sulli to expose herself in front of the female and male staff members, she still showed her professionalism by dealing with the cold for about three hours. Sulli will show her the fans her white milk skin and her charm.

A representative of the said production says, “Sulli will show various different looks through the series. Please look forward to the series and watching her as an actress.”

To The Beautiful You will air every Wednesday and Thusday on August 15 on SBS.

FacebookTwitter
SubscribeGoogleWhatsappPinterestDiggRedditStumbleuponVkWeiboPocketTumblrMailMeneameOdnoklassniki
Related Itemsf(x)SulliTo the Beautiful You
← Previous Story T-ara Hyomin’s prediction for her upcoming drama
Next Story → Rain’s R2B: Return to Base spotted on the western horizon