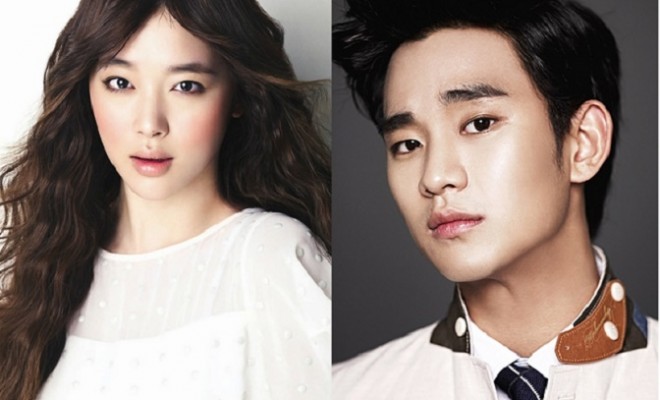 Sulli To Pair Up With Kim Soo Hyun In New Movie

Former f(x) member Sulli has been confirmed to romance with actor Kim Soo Hyun in a new movie titled Real!

Real is an action noir film that revolves around the life of a merciless troubleshooter named Jang Tae Young (Kim Soo Hyun), whose ambition is to conquer the city by establishing a gigantic casino. Sulli will take up the role of Song Yu Hwa, who is a physical therapist working at the VVIP rehabilitation hospital where Jang Tae Young frequents.

The filming will take place next January. Alibaba Pictures is the main investor and distributor of the movie in China.

Hellokpop, as an independent Korean entertainment news website (without influence from any agency or corporation), we need your support! If you have enjoyed our work, consider to support us with a one-time or recurring donation from as low as US$5 to keep our site going! Donate securely below via Stripe, Paypal, Apple Pay or Google Wallet.
72
SHARES
FacebookTwitter
SubscribeGoogleWhatsappPinterestDiggRedditStumbleuponVkWeiboPocketTumblrMailMeneameOdnoklassniki
Related Itemsf(x)Han Ji EunJo Woo JinKim Soo HyunLee Geung YoungLee Sung minReal+SulliSung Dong-Il
← Previous Story Krystal and Lay Reveal Ideal Types At ‘Biyeon’ Press Conference
Next Story → ‘Midnight Diner’ Starring WINNER’s Nam Tae Hyun To Screen On ONE HD