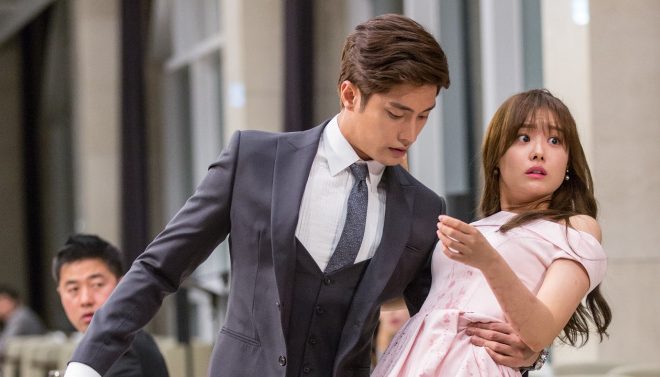 Will you watch ‘My Secret Romance’?

Shot in Jeju Island and Seoul, the romantic comedy tells the story of a young couple who reunited at a workplace three years after their brief but passionate affair.

The drama is set to premiere at the same time on South Korean cable channel OCN and DramaFever on April 17. This broadcast will mark the first time DramaFever stream a show in the US simultaneously with its local broadcast.

The 12-episode drama is scheduled to broadcast every Mondays and Thursdays at 9 a.m. ET on DramaFever with subtitles in English, Spanish and Portuguese. On OCN, it will air at 9 p.m. every Mondays and Fridays on OCN.

This new collaboration also marked the first series for which DramaFever Original Productions is credited as exclusive global distributor. “We look forward to bringing our insight and expertise regarding both Korean drama formats and the U.S. television market to this fast-growing genre to create significant and memorable content,” said Suk Park, President and Co-founder of the streaming site.

The South Korean drama is a co-production with Godin Media.

Warner Bros. acquired DramaFever from Japan’s SoftBank Group last year. It curates series and films from 70 major studios and broadcasters in Asia, Europe, and the Americas. According to a recent study by Korea Creative Content Agency, it accounts for three times US Korean drama viewers than its closest competitor.

Watch the trailer of ‘My Secret Romance’ ahead of its premiere: