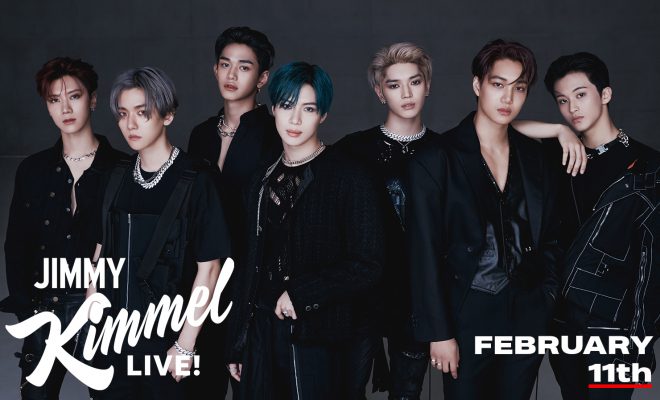 SuperM Preps Up For A Special Appearance On “Jimmy Kimmel Live!”

This February, SuperM will be jumping, popping and jopping on American national television!

SuperM fans, consider your plans for the month of love made as your favorite group makes a special appearance on your television. On January 29, it has been announced that the group will be making an appearance on Jimmy Kimmel Live!

Their special appearance was announced through SuperM and SM Entertainment’s social media accounts. The group will be appearing on Jimmy Kimmel Live! on February 11, where they will be performing their debut track “Jopping:” that has raked in over 54 million views as of writing.

In related news, the group is gearing up to embark on the second leg of their North American tour. Taemin, Kai, Baekhyun, Taeyong, Mark, Ten, and Lucas will be touring to San Diego’s Viejas Arena on January 30, followed by a performance at Los Angeles’ The Forum on February 1.

On February 2, the boys will be taking on San Jose’s SAP Center, before partying at Seattle’s ShoWare Center on February 4. Capping of this leg of the tour is a performance at Vancouver’s Pepsi Live at Rogers Arena on February 6. Fans in other cities should stay tuned as SuperM has assured that there are definitely more shows to come in the future.

READ: SuperM Reveals Dates And Stops For Upcoming “We Are The Future” Concert Tour In North America