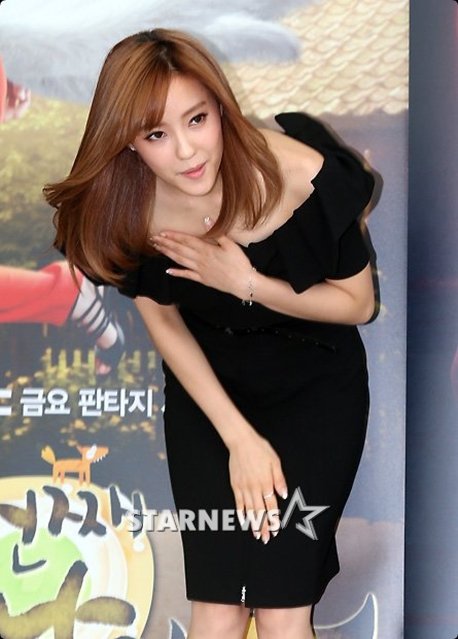 On August 14, T-ara Hyomin attended the press conference of her new drama, The Thousandth Man, held at Ilsan MBC Dream Center. When she was questioned on what the viewer’s ratings would be, she confidently replied, “The viewer ratings will surely be a two-digit number.”

She continued, “I know that me appearing on the series doesn’t change the ratings, the ratings will be a two-digit number. I am very proud with the series.”

The sitcom ,The Thousandth Man, is about a nine tailed fox – which can turn into a human after eating 1000 livers of men – tearing to find the last thousandth liver.