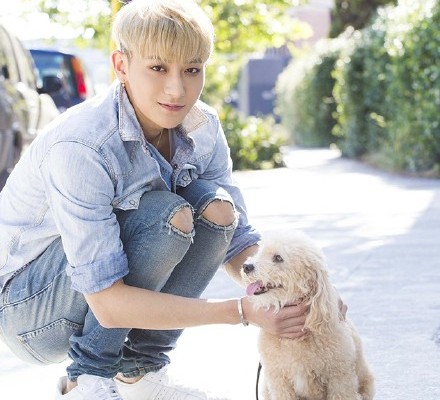 Tao Confirmed As Lead Role For A New Movie

Fans of Tao, this is a piece of good news for you!

Tao was rumored to be joining a movie titled Summer—Portrait of a Nineteen-Year-Old after a post about him was shared on the official Weibo account of the film. It is now confirmed that the former EXO member will be taking up the lead role as Kang Qiao in the coming movie.

The movie is an adaptation from one of the best-known novels with the same name from Japanese writer Soji Shimada.

Who is excited to see Tao’s acting skills on the silver screen again?

Hellokpop, as an independent Korean entertainment news website (without influence from any agency or corporation), we need your support! If you have enjoyed our work, consider to support us with a one-time or recurring donation from as low as US$5 to keep our site going! Donate securely below via Stripe, Paypal, Apple Pay or Google Wallet.
117
SHARES
FacebookTwitter
SubscribeGoogleWhatsappPinterestDiggRedditStumbleuponVkWeiboPocketTumblrMailMeneameOdnoklassniki
Related ItemsfilmHuang Zitaomovienovelsoji shimadaSummer—Portrait of a Nineteen-Year-OldTao
← Previous Story ‘Unpretty Rapstar’ To Return With Season 3
Next Story → Catch New Dramas And Show On Malaysia ONE HD This January