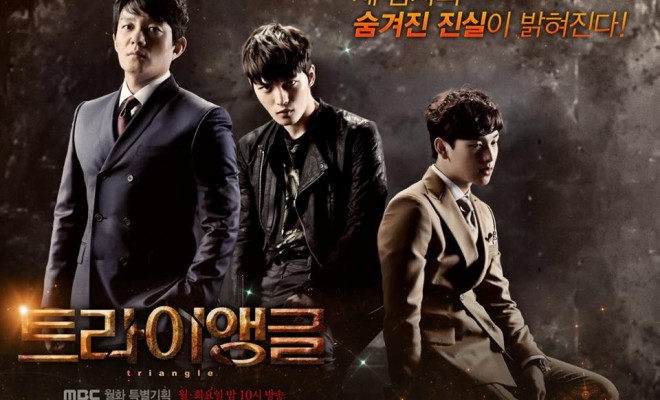 By Rachel | May 3, 2014
FacebookTwitter
SubscribeGoogleWhatsappPinterestDiggRedditStumbleuponVkWeiboPocketTumblrMailMeneameOdnoklassniki

The production team for MBC‘s upcoming drama Triangle released the characters’ concept image. The main plot of this drama is based on three brothers (Lee Bum-soo, Kim Jae-joong, Lim Siwan) who have lost their parents and have been living separated from each other for over 20 years. During the long 20 years, the brothers were not aware of their siblings’ existence. The story will develop on their encounter with each other. 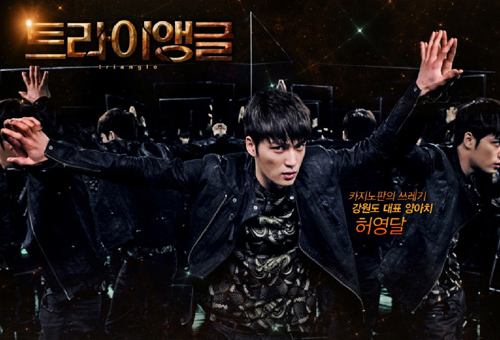 In the released images, the actors are in a room walled with mirrors. The detective, Jang Dong-soo, who has anger management issues, will be played by Lee Bum-soo. The middle child and gangster will be Kim Jae-joong‘s role. Lastly, the wealthy successor and youngest child will be played by Lim Siwan. 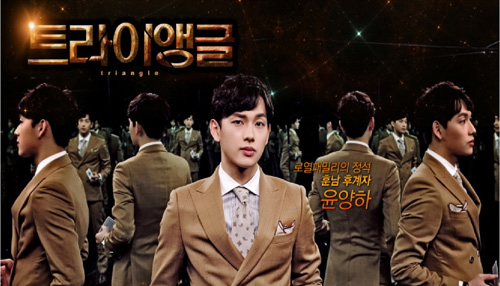 The production representative stated with confidence, “Even though they are blood-related brothers, they grew up in completely different environments and the three men have strong characters. That is the main point of ‘triangle’. The characters acted by the three actors  will be full of charm and surpass the expectation of the viewers.”

The new MBC drama Triangle will be first aired on May 5th.