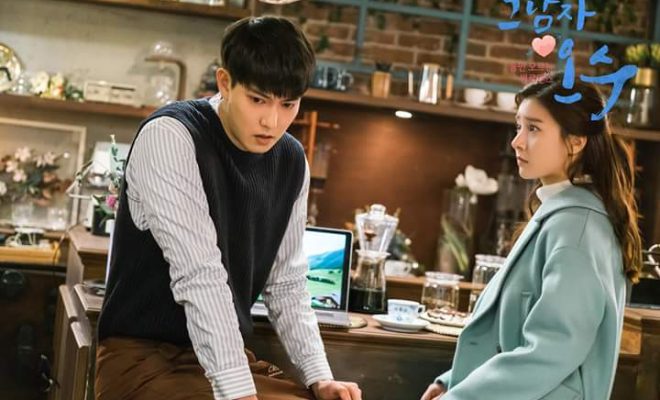 The sweet binge that was bombarded throughout this week’s episode seemed a cushion prepared for That Man Oh Soo, as he is challenged to defy his fate for the first woman he has ever loved.

Lee Jong Hyun and Kim So Eun continue their sweet on-screen chemistry as the fantasy element of the plot sneaks in just when we are settled to watch the love birds basking in glorious love. 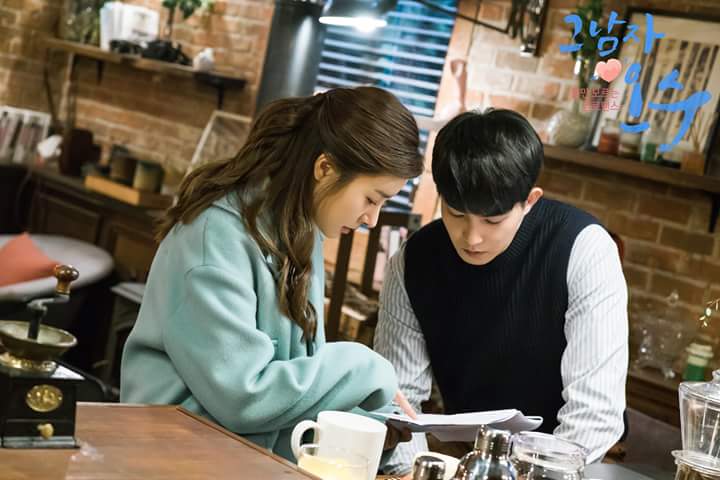 With two remaining weeks in the horizon and the finale conflict to tackle, That Man Oh Soo chose a surprising plot bend for the latest episodes.

For viewers who have appreciated the candied narrative and almost forgetting there was an initial supernatural premise laid in the story, hopefully it will be settled nicely aligned to the happy moments shared by the followers of the story. 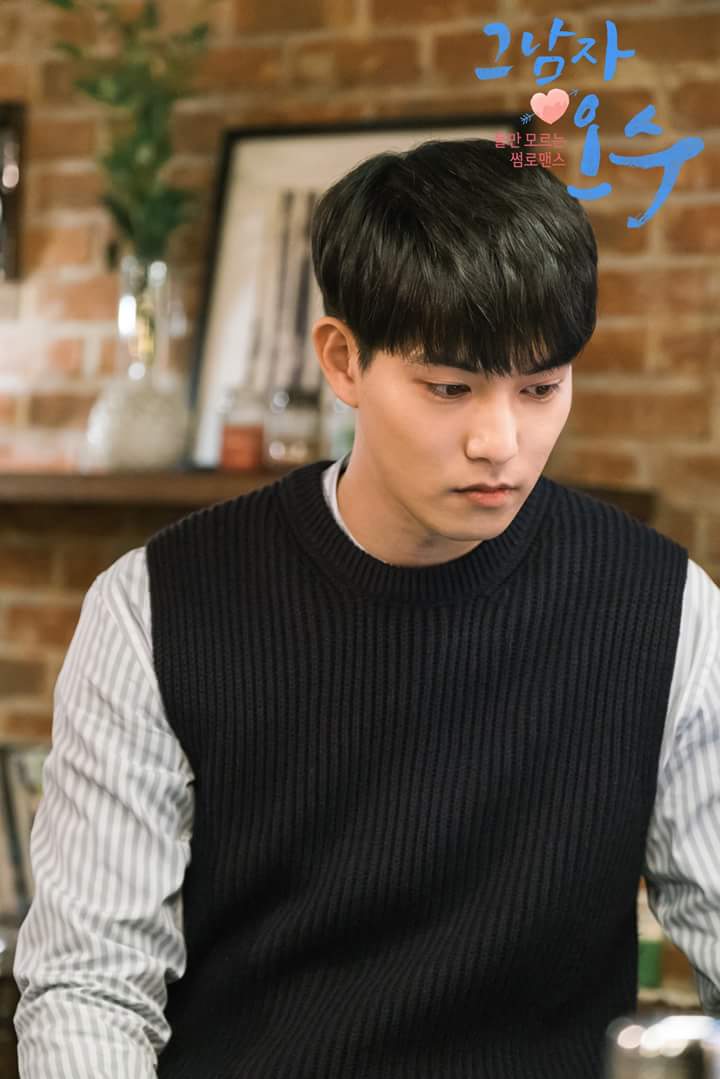 The new couple walk the audience through the stages of mushy and adorable moments when a romance is just starting. They walk seven laps around the neighborhood until their hands are frozen.  They are cute love puppies chatting over the phone when they were just together 30 minutes prior. To top it up, the next morning the hands-on boyfriend even worries about Yoo Ri’s way of brushing her teeth. The super doting boyfriend drives his girl to her workplace, reminding her to be careful with her job since her body belongs to him.

The girl who likes Oh Soo denies accepting Ga Na’s phone calls after the night they shared together.  Yoo Ri meets Jin Woo to give him a straight closure that she can only be his friend. Meanwhile, grandpa is happy that his favorite grandson has finally gotten a girl. He is so excited that when he meets Yoo Ri’s mom, so much so he initiates the marriage discussion already. 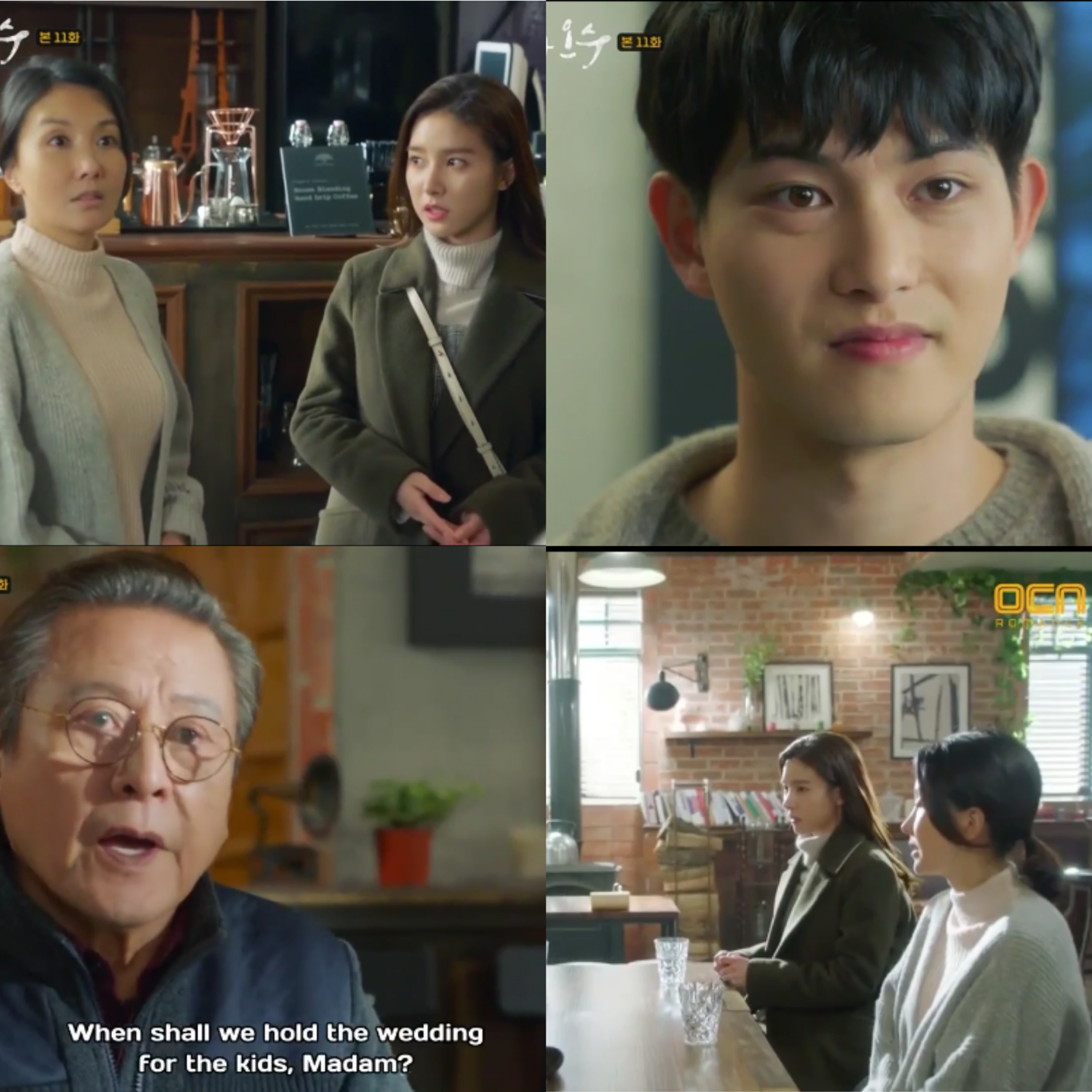 Yoo Ri finds her boyfriend playing with her mom while waiting for her. Her vision turns fuzzy when she grabs a glass of water. Oh Soo leads her to the sofa as she appeases his woes that she is just probably tired. She opens up about his paying of her mother’s hospital bills so he reasons out that it would be difficult for him not to see her around if she moves out. He confesses how his life has changed drastically since his thoughts are mainly about her only.

Oh Soo bumps into Yoo Ri while she is on duty in a pharmacy store. He raises his guard when he noticed the dark aura of the pharmacist.

Yoo Ri shares her worry to her boyfriend on how she is scared that her happiness might turn sour since she has a history of having happy moments followed by sad events. Oh Soo assures her that he will always be by her side.

Yoo Ri’s woe came true as she is rushed to the emergency room after falling on the ground while chasing the culprit of the case they are investigating. Jin Woo arrives when he learns the news from Yoo Ri’s sister. Oh Soo who senses the situation calls his girl, and is answered by Yoo Ri’s junior at work.

Perplexed at the two men who seem acting like his senior’s boyfriend, he tries waking her up out of fear that she might be found as two-timer by them.

But Oh Soo already appeared just when she regains consciousness. He marks his territory on her girlfriend.

Yoo Ri tries to play sweet knowing how Oh Soo might have been worried about what happened. She tries to sneak in a quick peck but he evades her attempt. He pulls the car over and asks her to sit beside him on a bench. He puckers his lips and asks her to give him a proper kiss.

Oh Soo uses an excuse that his battery is low so he can enter his girl’s house. They kiss sweetly and he stays with her through the night. He cooks her a warm breakfast the next day as he is forced to hide when Yoo Ri’s sister arrives earlier than expected.

Later they visit the pharmacist for Yoo Ri’s case. Oh Soo reminds her again to be careful of the pharmacist. She teases him if he has a supernatural ability to see a person’s panoramic life. And if he can see what’s ahead of her life. Oh Soo dares to believe him and throws in a sweet 30-minute guitar serenade. 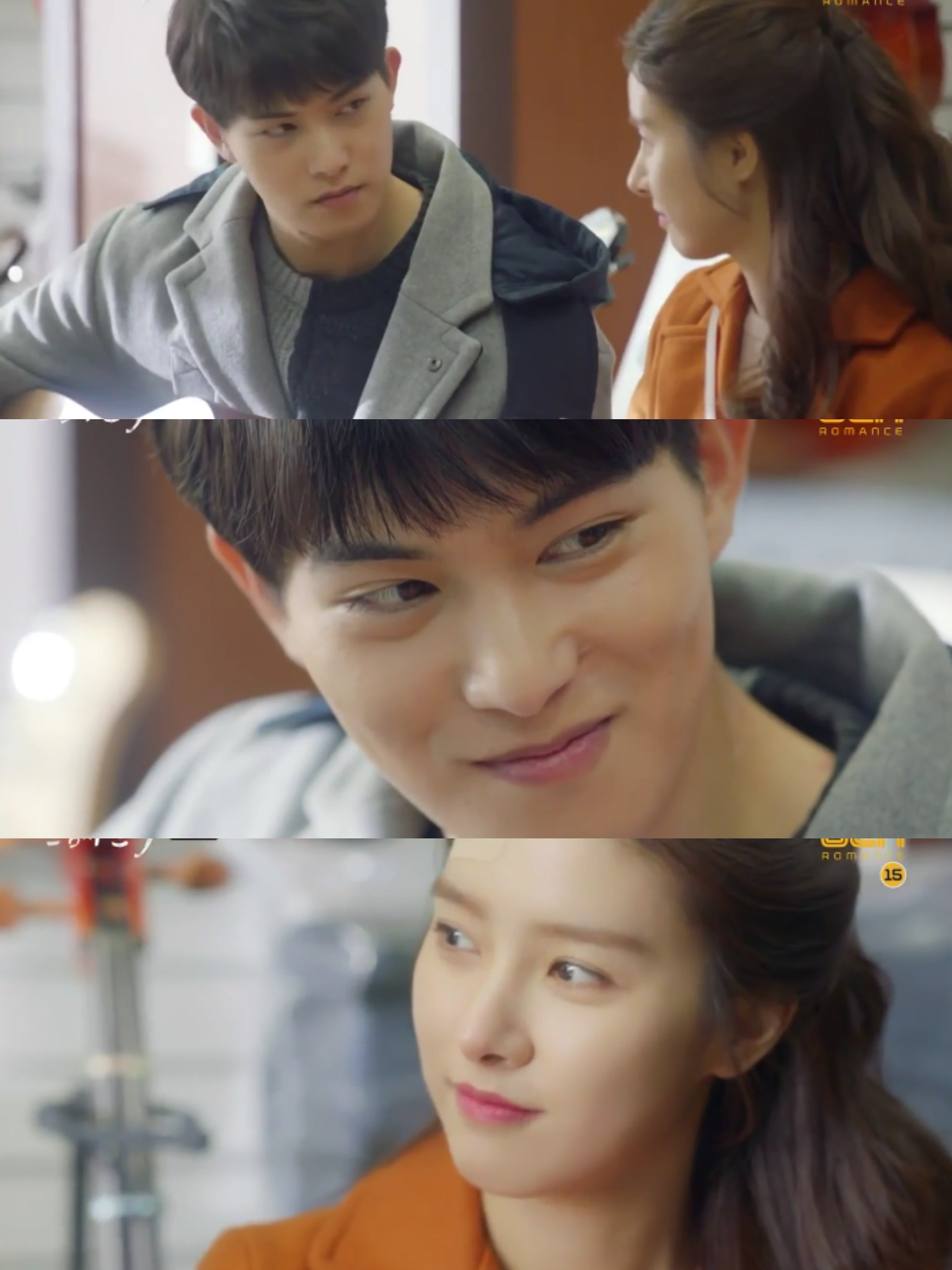 Oh Soo knows his brother is on his annual “remembering dad” day, so he joins him to talk about the night their father left. He also learns from Ga Na that promising to be an easy and comforting brother to Oh Soo is what their father’s last words to him.

Yoo Ri meets Oh Soo in the cafe to plan their vacation. She spots the same cup that she drank from when she was hospitalized.

Oh Soo’s world stops when he realized that Yoo Ri drank the coffee with the mysterious love pollen he prepared, as he worries about her fate as a woman he loves so much.