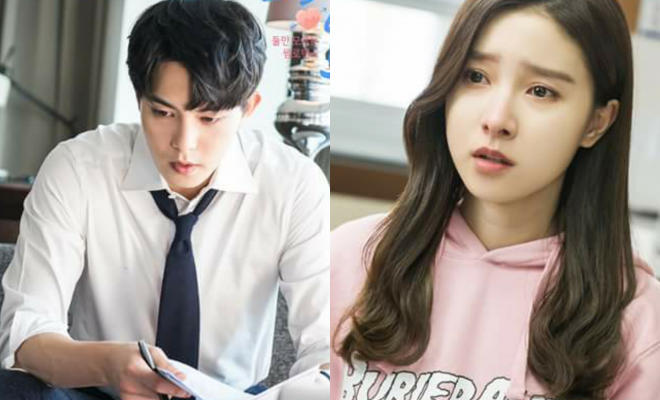 Crossing the middle mark of the story inevitably points to a monumental development for the endearing love pairing of That Man Oh Soo.

From last week’s episode, That Man Oh Soo threw an exciting love triangle plot to look forward to. This week, we see Oh Soo and Yoo Ri’s growing connection that they acknowledge, subconsciously. 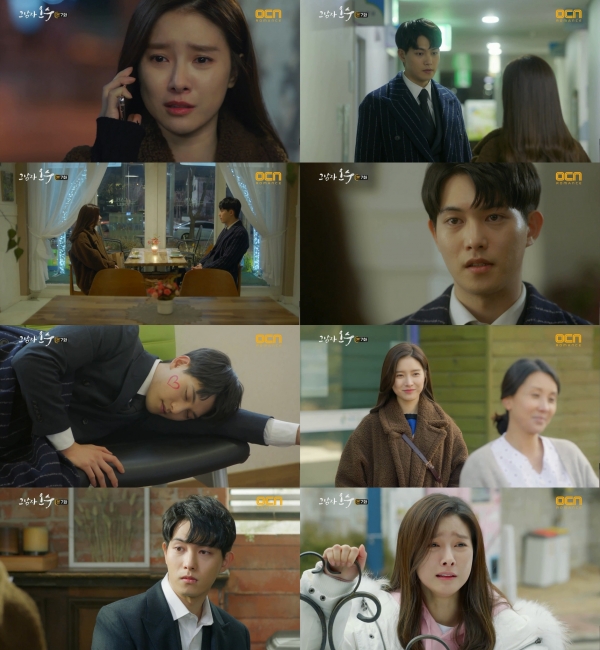 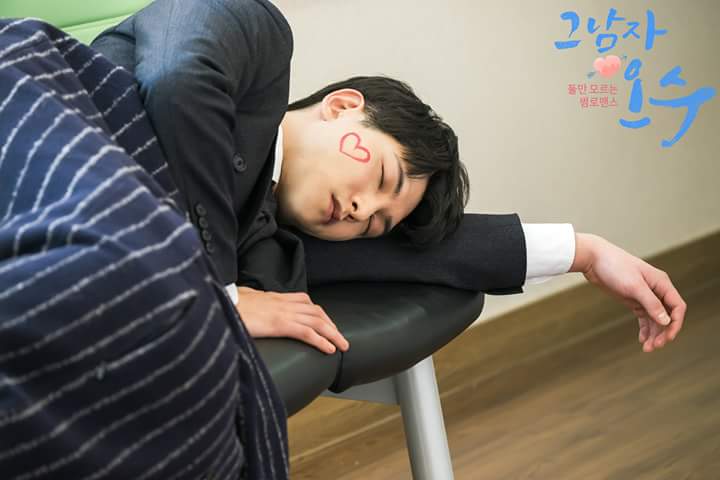 A Tale Of Two One Sided Love

Flustered on her childhood friend’s sudden love confession, Yoori opts to evade the topic, but ponders on Jin Woo’s  sweet outburst when she was alone. While the male second lead is putting up a good fight for the heart of the heroine, his rich girl counter part is making her move to get Oh Soo. What our hero lacks in expressing love, he makes it up by going straight to the point in shutting down the girl with his disinterest to any emotional involvement apart from business. 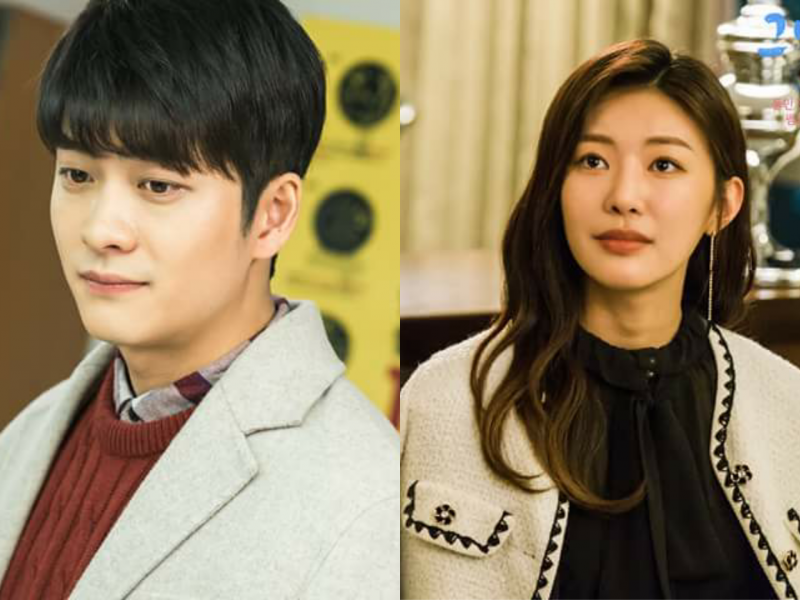 That was a romantic offer hard to refuse, but the story has rightfully stressed the reality of how complex a woman’s heart is when it comes to love reciprocation. Jin Woo wholeheartedly acknowledges Yoo Ri’s fears and priorities, and owns a momentous sweet scene that certainly earns him a rightful spot of memorable second male leads this year. 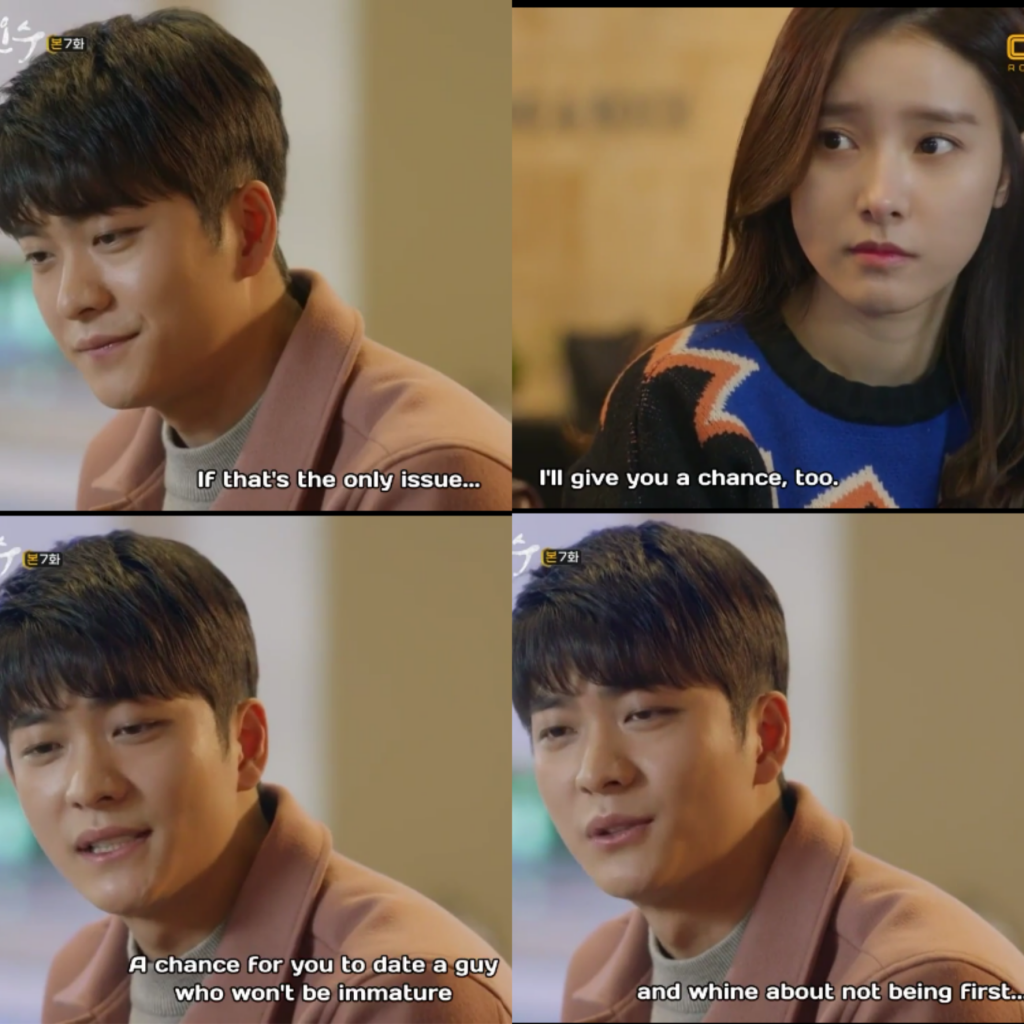 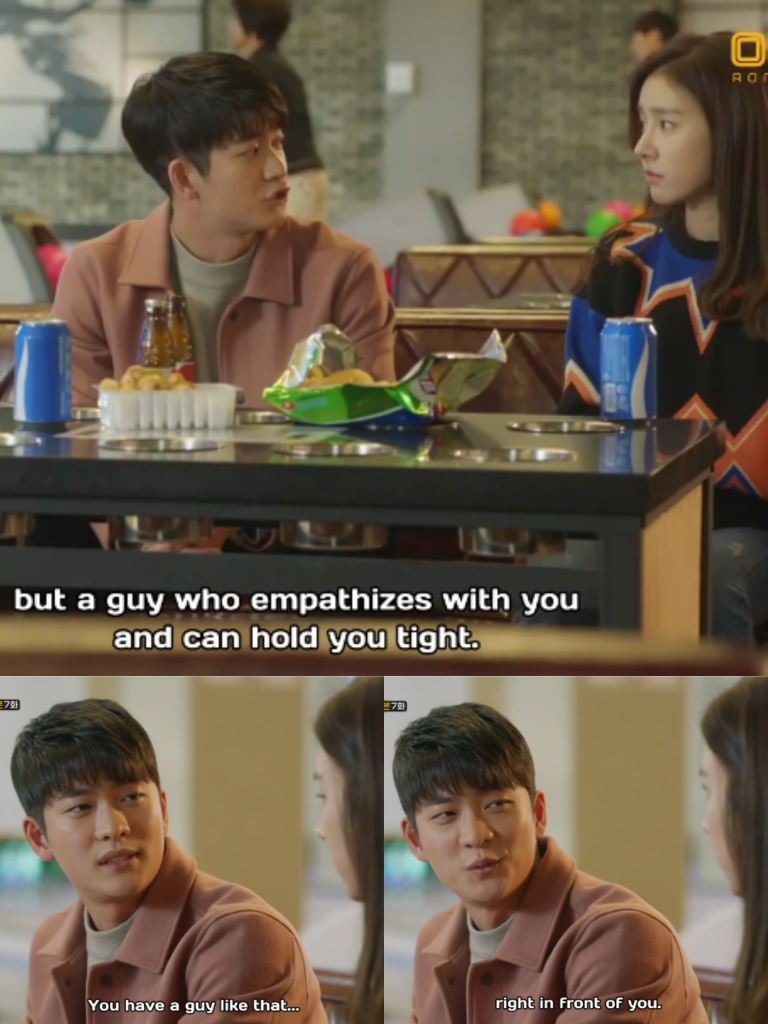 The hero of the story pretends to be still oblivious of the hidden love thread connecting him to Yoo Ri. Yet all his actions and thoughts point to the direction of wanting to take care of her. When Yoo Ri’s mother fainted after knowing the sad fate of her daughter’s relationship, he stays overnight, sleeping uncomfortably outside the patient’s room. When he overhears the mother and daughter’s conversation about Yoo Ri’s claim that she has found a much better man than her ex-boyfriend, Oh Soo’s ears perk up thinking that Yoo Ri is describing him. 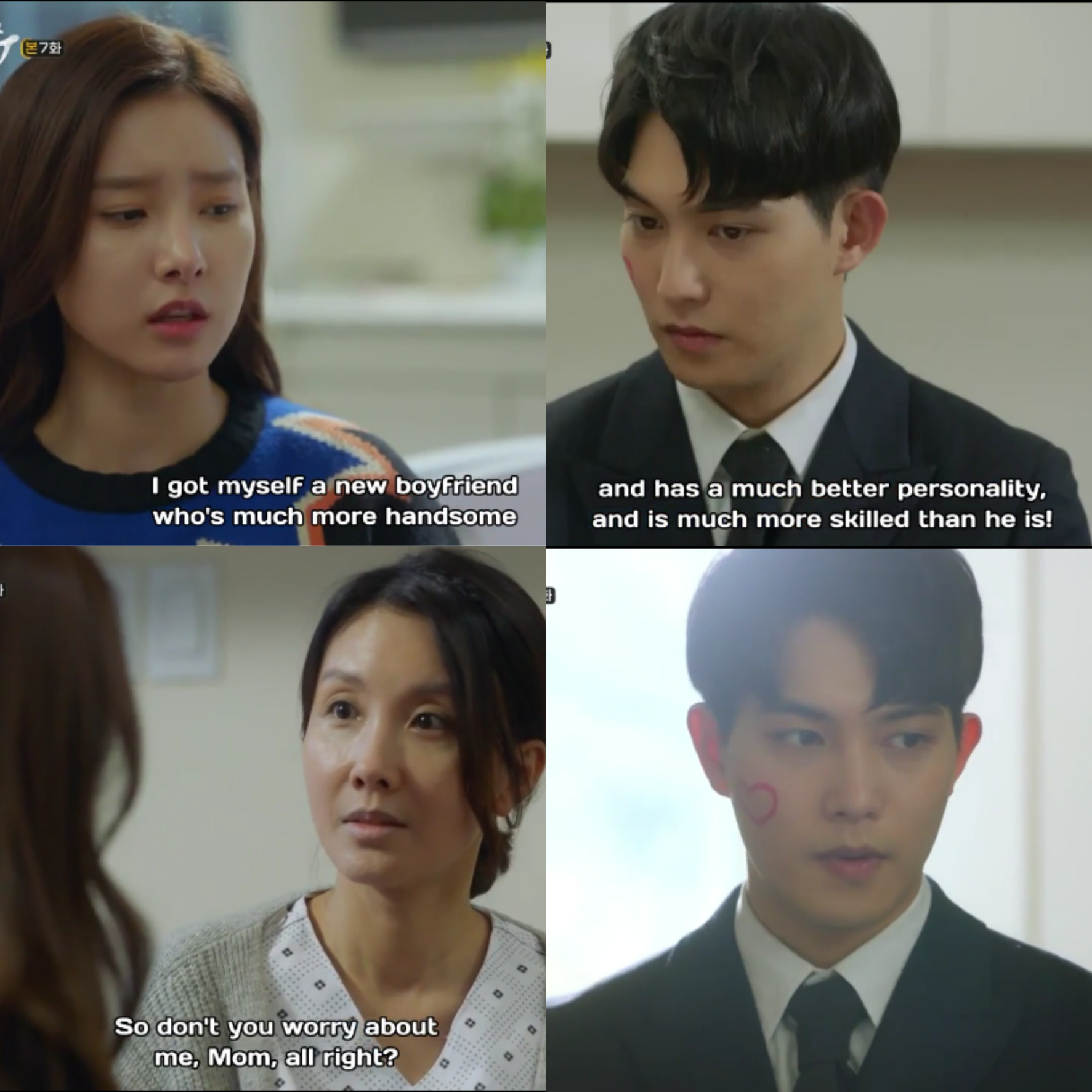 Yoo Ri finds herself easily trusting Oh Soo without realizing it. The emotional baggages she cannot pour out to the man who pledges unrequited love for her, she freely gives to the man who can’t take a leap of faith to trust love.

Yoo Ri’s heart gravitates to Oh Soo. She keeps showing a strong front, but she lets Oh Soo sees her in vulnerable state. When her mother passes out again, she automatically finds the person she wants to share her pain with. With the worsening condition of her mother, she barely survives each day as she worries about her mother’s condition. 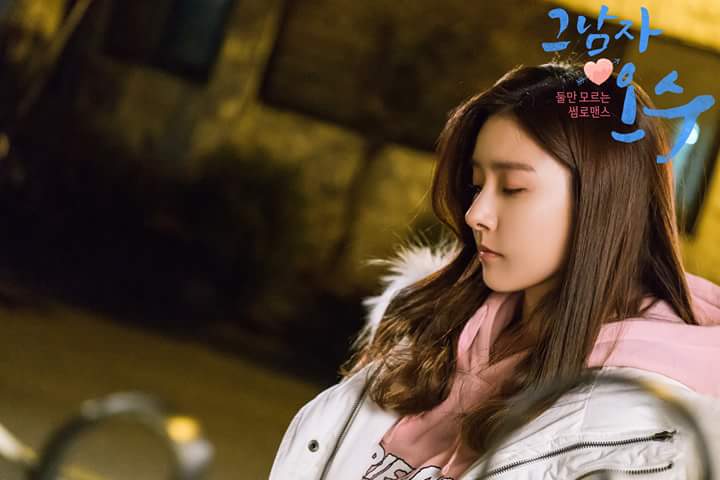 The person Yoo Ri can lean on

Unaware of Yoo Ri’s situation, Oh Soo rushes to look for her after his brother told him what happened to her mother. The woman he is looking for refuses to snap back to reality as she worries about her mom’s surgery. She answers Oh Soo’s phone call and pleads him to give her time to be alone. Just like how she revealed to him the regret over her father’s death, she burst into tears mumbling her fear of losing her mom. Oh Soo, who has actually found where she is, takes her in his arms, and asks her to lean on him. 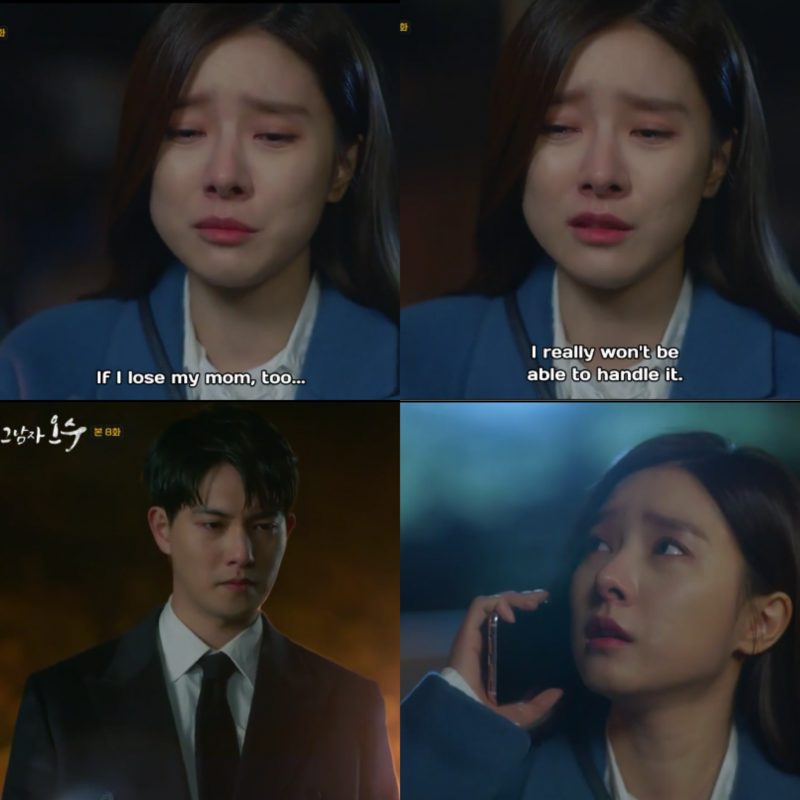 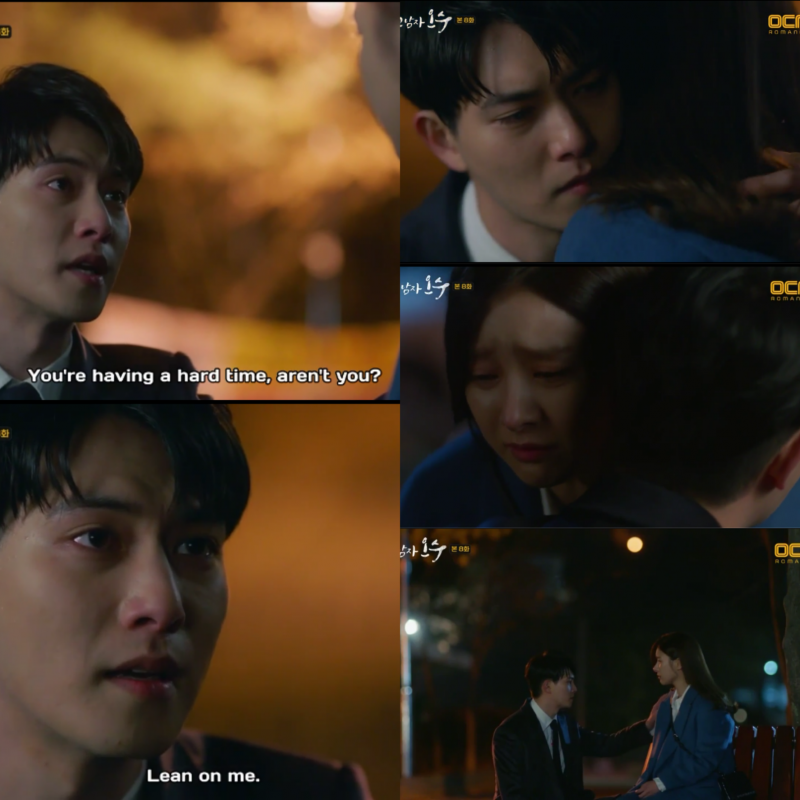 Uh I am actually worried that we won’t be getting ample fan service since we have crossed halfway, and the romance is still not in full swing.

Nevertheless, That Man Oh Soo has kept its sane and refreshing story line even with trite plot twists. Next week’s preview hints to unravel the back story that causes the hero’s nightmare and refusal to believe in something remotely connected to love. The fantasy element is still coming up a bit vague.

As long as this drama maintains its steady drive and pushes to heighten the romance in a crystal clear way before the last two episodes of fan service, then followers would think fondly of this romantic comedy, and may even rerun it on rainy brokenhearted days.

Watch the preview of episode 9 of That Man Oh Soo below: