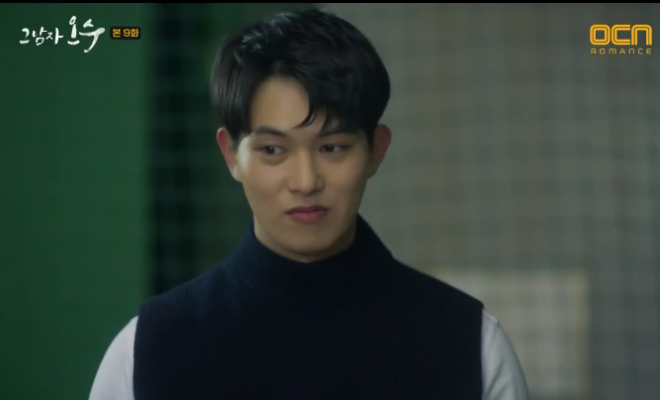 It’s a feast of fan service in this week’s chapter of That Man Oh Soo!

Closure and love confirmation pushed one of the best episodes yet for That Man Oh Soo as the hero finally mustered his courage to take a chance on love! 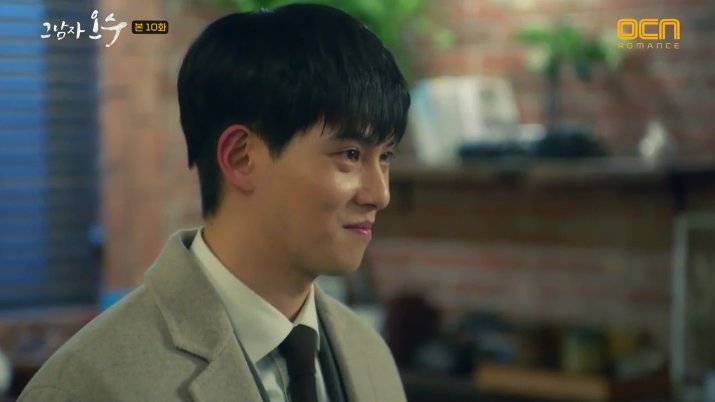 Though traipsing strictly the bullet points of K-drama rom-com guide book, the charm of OCN’s romance special is the on-point chemistry of the love pairing.

After crossing the mid-point last week, Oh Soo was under the impression that Yoo Ri’s love aura comes from her connection with Jin Woo, when all viewers know that her heart is beating for him. 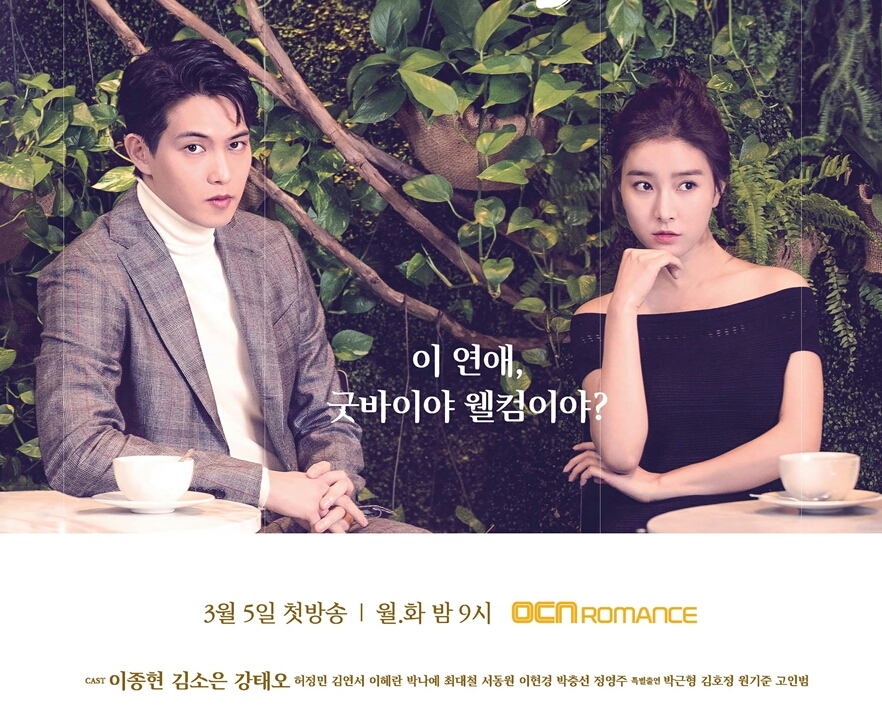 Oh Soo brings Yoo Ri to the cafe where they sit near the fire place. He finally reveals how his mistake caused the death of his parents. Yoo Ri’s mother safely recovers after a surgery, as the two boys hover around the heroine, to do everything they can to share her pain.

Oh Soo drops by at the hospital, and misinterprets the love aura he saw on Yoo Ri and Jin Woo. Later that night, Oh Soo spots Yoo Ri sitting in front of a toy vending machine, and she pouts when he refuses to get one for him. Instead he brings her to a sports stadium to play baseball.

Yoo Ri blames Oh Soo for being a bad teacher, lamenting on why she can’t hit the ball. So he responds by enclosing her in his arms while preparing to hit the ball with her. He tells her to focus on the ball, not realizing the effect of his close proximity is melting her. 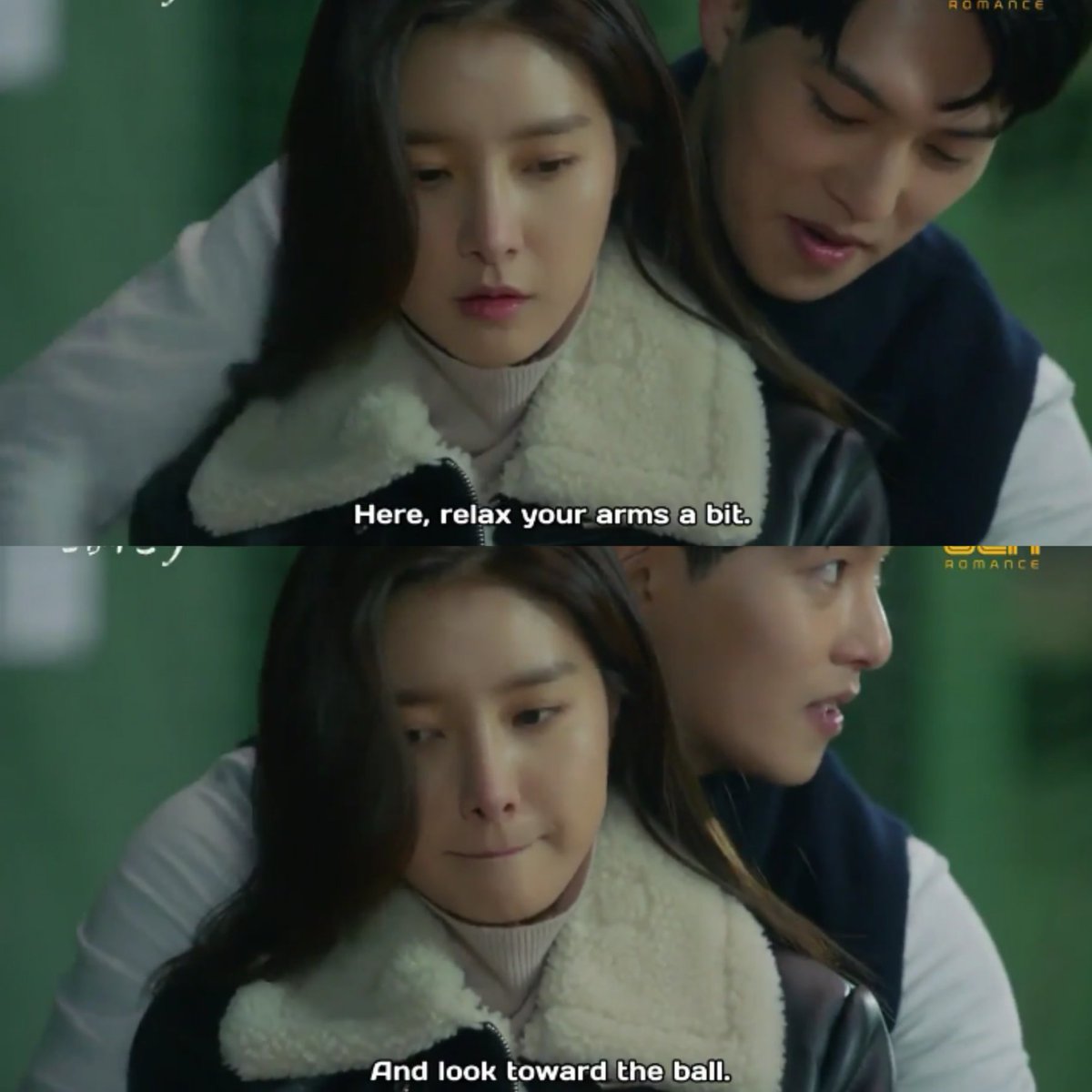 Ga Na scolds his younger brother for not taking advantage of the love mood in striking a romantic moment with Yoo Ri. The next day, Yoo Ri encounters the same man who has been stalking her for days as he visited the station personally. He finally reveals himself to be the man whom his father saved that caused his death.

Yoo Ri refuses to forgive the man and goes on a sour mood all day. She meets Oh Soo, who she has actually subconsciously assigned as her personal shock absorber. She apologizes for bringing out her woes, but Oh Soo responds that he is okay to listen to her problems.

True to his logical way of putting everything in order, Oh Soo accepts the responsibility of being Yoo Ri’s listener, and finally confesses that he likes her. Flustered from his sudden confession, Yoo Ri rushes to go home. But Oh Soo’s handsome face haunts her thoughts. 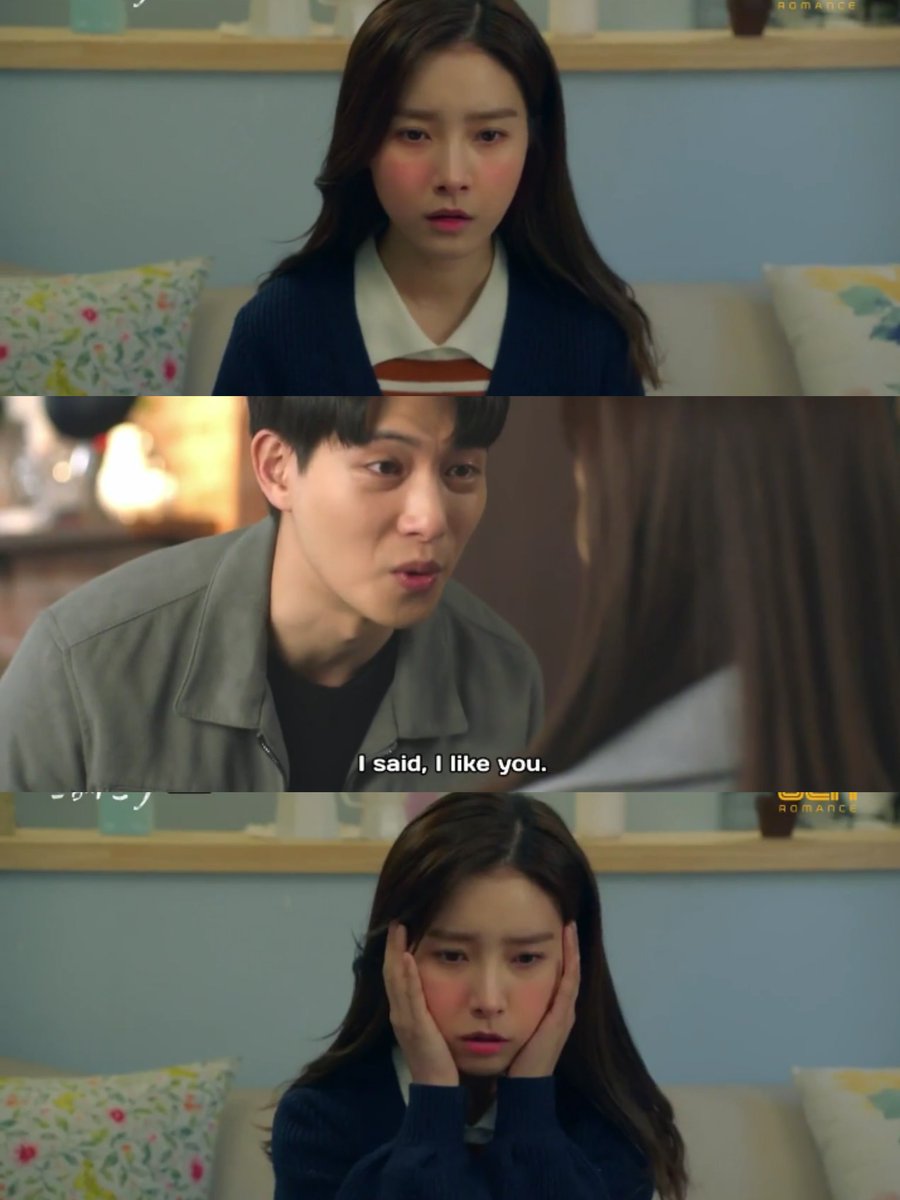 The next day, Yoo Ri chides Oh Soo by filling her coffee vending machine with money. At work, her junior bumps into a dating news about Oh Soo which startles Yoo Ri, thinking she is the girl being linked to Oh Soo. It turns out that the woman who likes Oh Soo spins the lie to get his attention.

Ga Na enlightens Oh Soo to worry about the situation, knowing how Yoo Ri just came from a painful break-up. Oh Soo agrees, but Jin Woo is quick to ask Yoo Ri out for dinner.

Oh Soo sulks and bombards Yoo Ri with text messages, but the latter ignores it. Ga Na castigates his brother for not following his instruction to give Yoo Ri space, as Oh Soo complains why she is not replying. He orders Oh Soo to stay in the corner, and be sad for his impossible views about love. 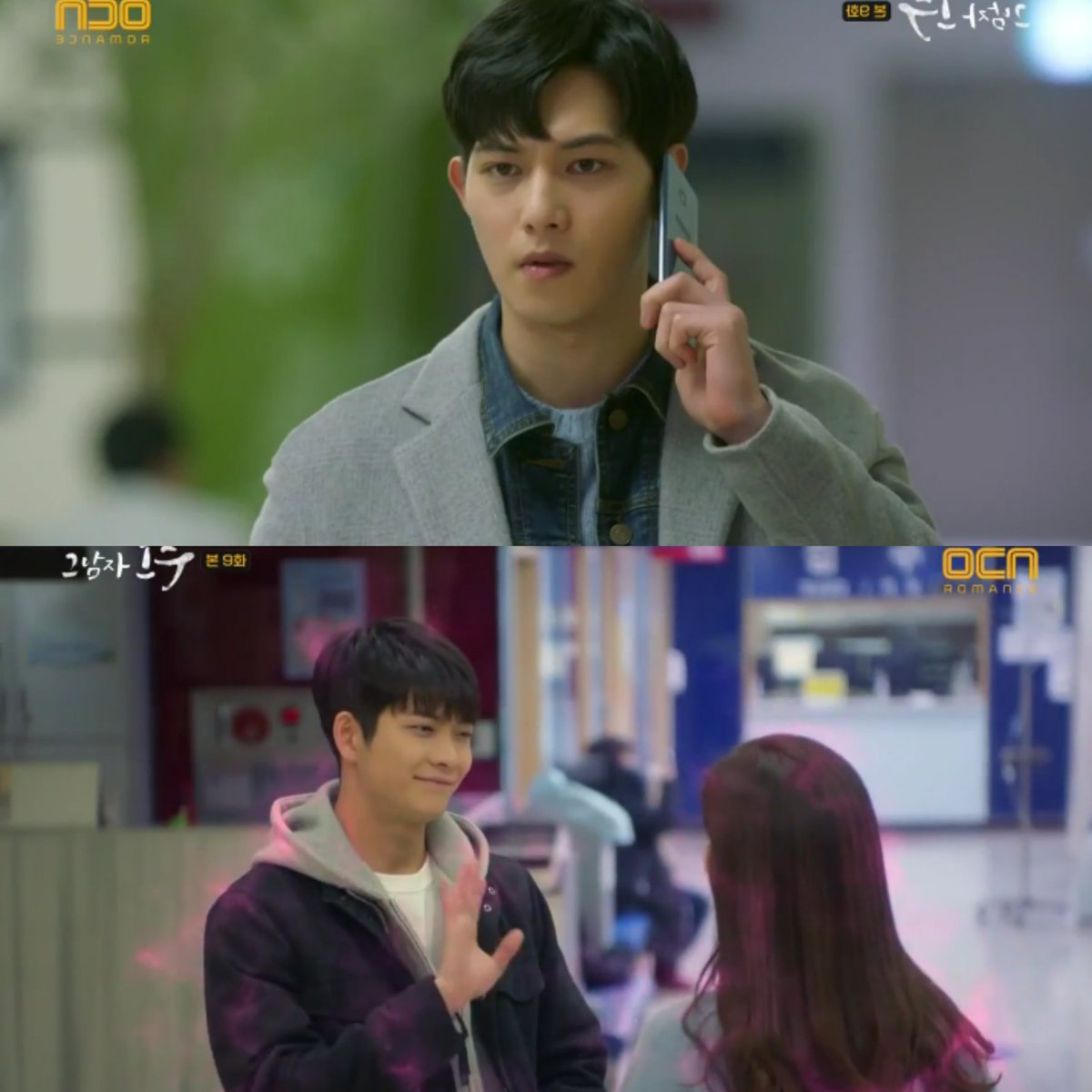 Yoo Ri meets her mother’s doctor, and is advised to enroll into the hospital’s assistance program. Yoo Ri deduces that Jin Woo has pulled in some strings so she meets him to thank, but denies his intention to help with her mother’s hospital bill. She then learns that Oh Soo has actually already paid the bill angering her ego as the boys who like her seems to think that she is poor.

Still not responding to Oh Soo’s sudden “like” outburst, she trips in trying to avoid Oh Soo who catches what happened. He drives her to the station, and advises her that he won’t be making her feel uncomfortable anymore so she will not hurt herself in trying to evade him.

Yoo Ri consults the convenience store ajumma about Oh Soo’s sudden confession backout as she has not provided her answer actually. And the helpful ajumma simply replies that ignoring 34 text messages is already considered an outright rejection.

Yoo Ri bombards him with questions when he appears in the cafe. She confesses that she likes him too. Oh Soo ups his love game and carries her to the counter top after reminding her of a wish card that she granted him through text message. He peers at her and asks her to kiss him. Yoo Ri hesitates a bit, and plants a fleeting kiss on his lips. Oh Soo beams and reaches for another passionate kiss. 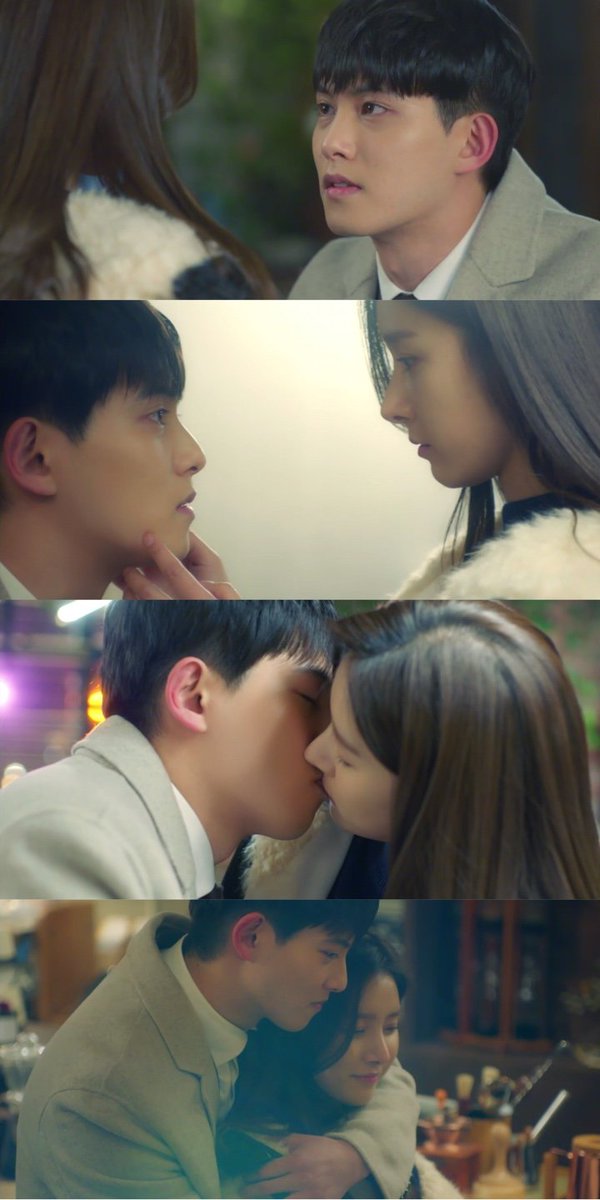 Since the love couple finally settled on the right spot over the last episode, we can now expect more of their flowery road from next week onward. The second lead who did well in vying for the girl’s heart slowly fades in a memorable way though.