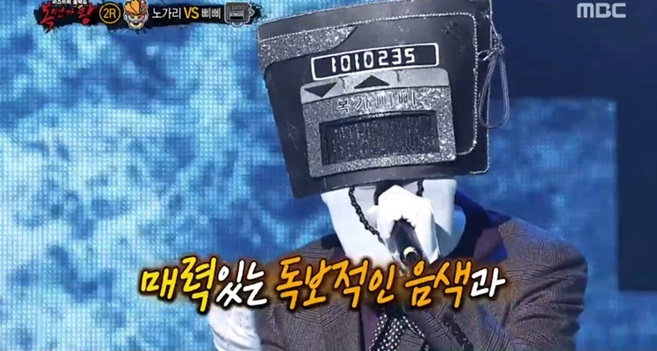 MBC The King Of Mask Singer

“The King Of Masked Singer” Contestant Pippi Reveals His Identity

The King Of Masked Singer is a popular entertainment show in South Korea where contestants showcase their singing abilities without revealing their identity. Many popular celebrities have participated in the show and in the latest episode, contestant Pippi has gained a lot of attention.

On the latest episode of the show on November 10, Pippi went head-to-head against Nogari for the second round. He covered Taeyeon’s, “A Poem Titled You” and with his emotional voice earned praises from the panelists. He lost to Nogari in a close contest by 7 votes decided from the public voting.

After the declaration of results, the identity of the mystery singer was disclosed. Pippi took off his mask and revealed that he is Kim Won Pil, multi-skilled singer and keyboard player of JYP Entertainment’s DAY6.

Compliments from the panelists

Before Won Pil took of his mask, Weki Meki’s Do Yeon who is a part of the panelist had guessed his identity correctly. Confirming that she is a fan of DAY6, Do Yeon said that she likes the band’s songs and have also been to their concert.

Yoo Young Seok complimented Won Pil saying that he is very unique and has his own color. He further says that Won Pil is more like a musician than a singer. Adding to that he also said that Won Pil looks like the handsome version of veteran singer Yoo Hee Yeol.

When he was asked if he is the main vocalist of DAY6, Won Pil answered that there are four vocalists in the band and so the main vocalist varies for every song. He further said that they have always wanted to break the stereotype of an idol group as a band. Which is why, their main focus is towards holding concerts and busking to interact more with the fans.

As a fan of the show, Won Pil has always wanted to appear in The King Of Mask Singer. Earlier, fellow band member Young K too had appeared in the show.

DAY6 is a super-talented band under JYP Entertainment and have been gaining steady popularity worldwide over the last few years. They recently had a comeback with their third full-length album The Book Of Us: Entropy.