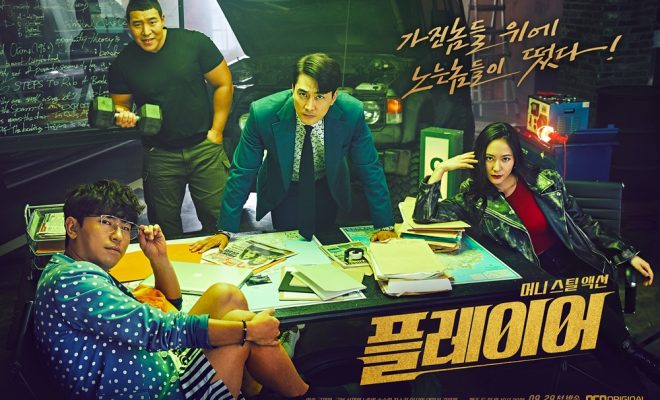 Song Seung Heon, Krystal Jung, Lee Si Eon, and Tae Won Suk are ready to pull off a grand heist in these new posters for upcoming drama The Player!

The upcoming OCN drama gears up for its premiere with a set of official posters featuring its four leads being released on September 10. The posters show each of the individual characters’ quirky sides as four criminals who will form an elite team of swindlers. 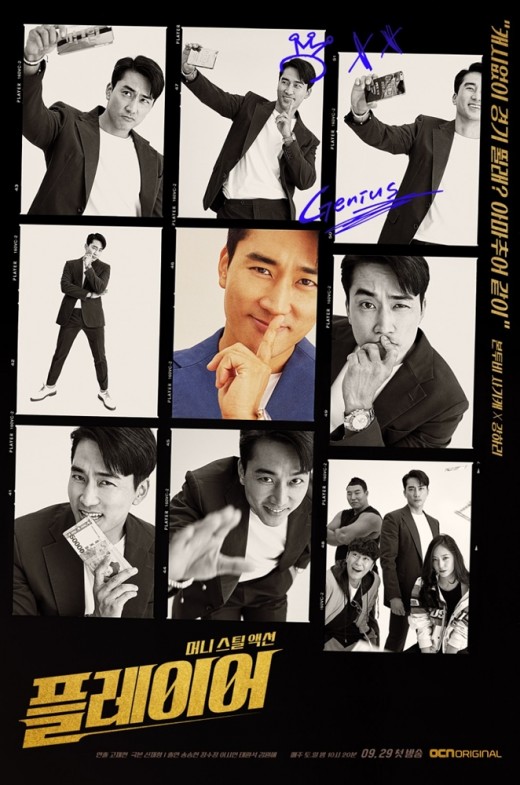 Song Seung Heon will be making his return to an OCN original drama after a year with The Player. He will star as the talented con artist Kang Ha Ri who will be leading the team of fraudsters. His poster shows him with a bundle of gold bars and cash, which captures his character’s bravado and cheerful visuals.

f(x)’s Krystal will bring the character of Cha Ah Ryung, the country’s top driver and the only girl in the elite team of criminals. Her gorgeous face and outstanding driving skills make her a unique and important inclusion to the team. 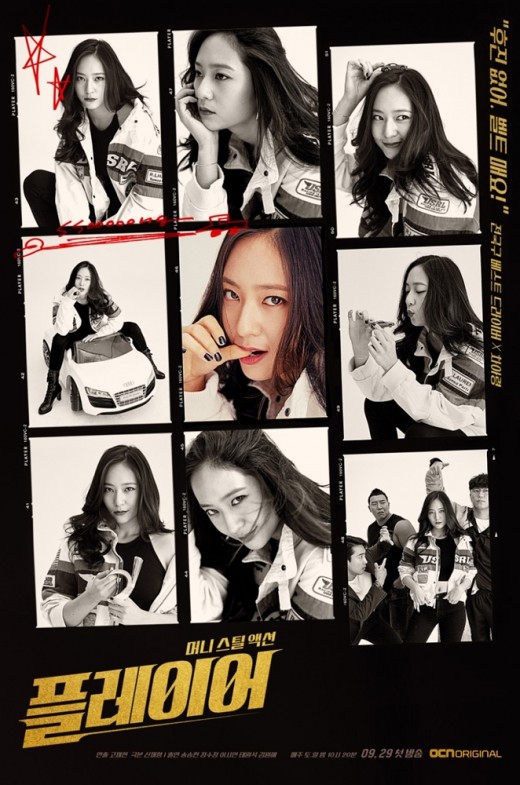 Meanwhile, Lee Si Eon will take on the role of Lim Byung Min, who might seem like a playful man when you look at him – but don’t be fooled, because he actually is a genius hacker! 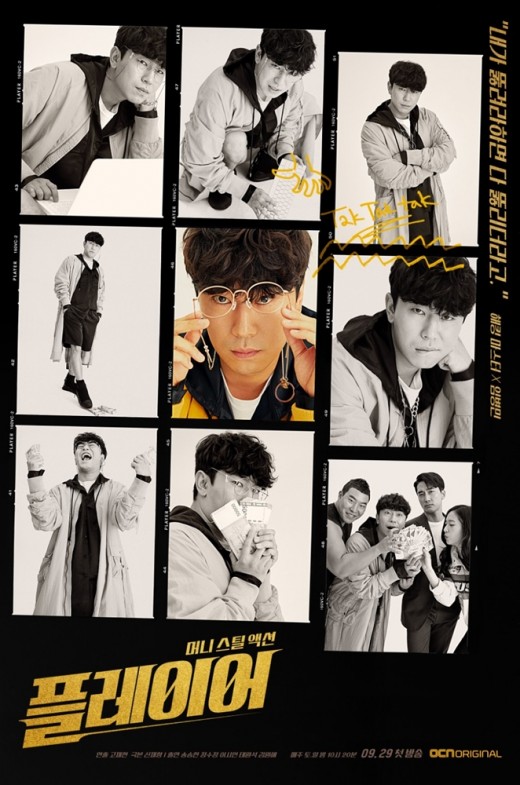 Lastly, Tae Won Suk will fill in the shoes of the last member of the team as the top-notch fighter Do Jin Woong. Despite his burly physique, Jin Woong is actually quite a softie inside – and a proof of that is his nickname “Fist Fairy”! 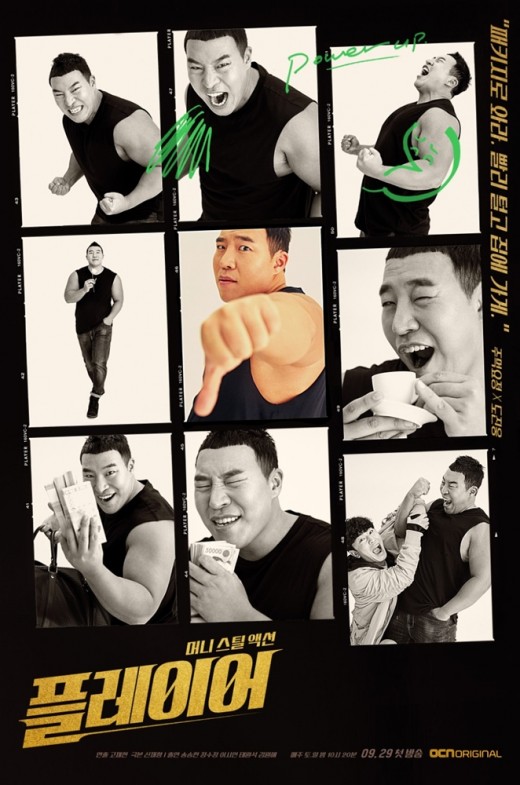 The Player follows after the broadcast of Voice 2 on OCN.

Are you excited for The Player? Let us know by leaving a comment below, giving us a holler on Facebook, or tweeting us at @hellokpop!