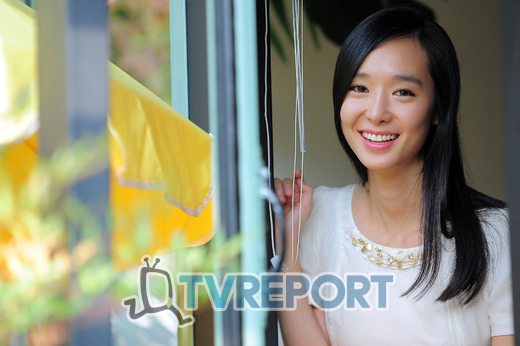 “They called me Ching Chong” – interview with Han Soo Yeon

Actress Han Soo Yeon, of Pure Love fame, shares her childhood memories about growing up in Central Europe. She gave an exclusive interview to Hungarian news portal Index – in Hungarian, as she speaks the language fluently.

Han spent 9 years living in Budapest, Hungary; a childhood full of wonderful and sometimes hurtful memories, as she struggled with fitting in, in times when Asian ethnicities were of a rare sight in the Central European country. She still cherishes the language and the culture she learnt in Hungary, and makes good use of her knowledge, which proves to be an ‘exotic’  asset in her acting career.

Han Soo Yeon became an internet sensation in Hungary when a video started circulating about her speaking fluent Hungarian in the Korean drama, Pure Love. She shares her experiences in the interview below. (Footnotes are marked with an asterisk *)

When and how did you end up in Hungary?

My mother owned a small piano school in Jeongju, but she wanted to learn classical singing so much, that she sold her school, and we moved to Hungary in 1990 using that money, right after the regime change there [from socialism to democracy – ed.]. She chose Hungary because she knew that musical education there was of a high standard, but at the same time more affordable than in South Korea. She became a student at the Academy of Music in Budapest, and I started elementary school there too.

How did your classmates react to you? What was it like to be a child in Hungary?

I had a happy childhood, although there had been difficulties. At first, I didn’t speak Hungarian, but luckily, I picked it up quickly: swear words first, of course. In year two, I won first place at the school poetry reciting contest. I remember, the title of the poem was “Whiskers of the capricorn beetle” [a popular children’s poem -ed.]. Third year was especially difficult, as I was totally cast out by my classmates. They always made fun of me, called me Ching Chong, and I had to sleep alone in the tent at the school trip. I cried a lot that time, and kept telling my mom that I wanted to go back to Korea. Later it became better, I had a lot of friends and there were times when I was considered really cool in class.

You returned to Seoul in 1998. What happened to you here and why did you choose acting?

When I was in Hungary, I used to spend a lot of time at the cinema near Móricz Zsigmond Square, I loved watching movies alone after school, as I was a really introverted girl, and these occasions gave me the opportunity to ease up. I always admired actresses, Juliette Binoche was my favourite, and I wanted to be like her.

I graduated from Sungkyunkwan University and then I did commercials, music videos, television series and movies, too. I got my first leading role in  Our Fantastic 21st Century, an independent production, which was invited to the Berlin International Film Festival and the Busan International Film Festival. Korean viewers know me mostly from the drama Pure Love, which aired last year from February to August on KBS2, every weekday from 19:45.

This is the series where you first used your Hungarian, right? Does everyone know in your field that you speak fluently?

Yes, this is the series where I speak Hungarian. During casting you are always asked what special skills you have. Some list their English, others are good singers. I usually say that I can speak Hungarian. The casting panel is often surprised by this, as it is considered to be really unique in Korea. That’s how scriptwriters got to know about it, and then the scene was written into the series. Korean audiences, too, loved this part. If you were to type my name into one of the Korean search engines now, first results would show ‘Han Soo Yeon – Hungarian language’.

What is your secret for not forgetting the language after so many years?

I started writing a diary in Hungarian while in Budapest, and I have not stopped it since. I also brought a lot of children’s books and teen literature with me – for example, The Paul Street Boys -, and I sometimes read these. I also occasionally watch YouTube videos out of nostalgia, listening to my favourite ’90s bands’ songs, like Takarítónő (Cleaning Lady) from Animal Cannibals. And with my sister I often talk in Hungarian. Neither of us wants to forget the language, so we use it whenever we can.

15 years later you returned to shoot a four-part documentary about Hungary for channel EBS. So they found you again, it seems.

Indeed. I owe a lot to Hungary and the Hungarian language, as it turns out, the writer of World Theme Journey was a huge fan of Pure Love and saw me speak Hungarian. When they wanted to shoot about Hungary, they immediately contacted me personally.

How were the locations chosen? You show some really obscure places to viewers.

The director explicitly wanted to come in winter, to show an image of Hungary not seen before in Korea. There have been other documentaries about the country, showing the most prominent places, but we wanted to do something more fun. We got assistance from a local in choosing the places to see, he was our tour guide.

My favourite is the second part, where you eat slambuc*, drink some heavy pálinka* with a horse herd in Hortobágy.  The whole series has a friendly and informal atmosphere. I noticed that you talk to elders informally.

Yes, this is children’s tongue, learned at primary school. I always say things like “killer (awesome)”, “nummies”, “squel (school) ” and “Csókolom!”* Unfortunately I am not good at honorific addresses, so before the shooting I told everyone that, “I am sorry, I can only use informal language”. Old grandpas, by the way, loved it, they said they felt young again.

Do you have any plans with regards to Hungary?

I plan to buy a house in Hungary in the near future, and go there with my mother and sister on holiday. I’m also hopeful that there will be directors fond of Europe, like Hong Sang-soo or Kim Ki-duk, who would want to shoot in Hungary and would look for a Korean actress who speaks Hungarian.

It’s also possible we may even see you at a talk show in Hungary once.

Of course, I would love to go back, as I consider Hungary my second home.

* Slambuc is a shepherd’s dish made of pasta, potato, red pepper out in the open.
* Pálinka is a strong alcoholic drink distilled from various fruits.
* Csókolom is a polite way for children to greet adults, it literally means “I kiss (your hand)”.