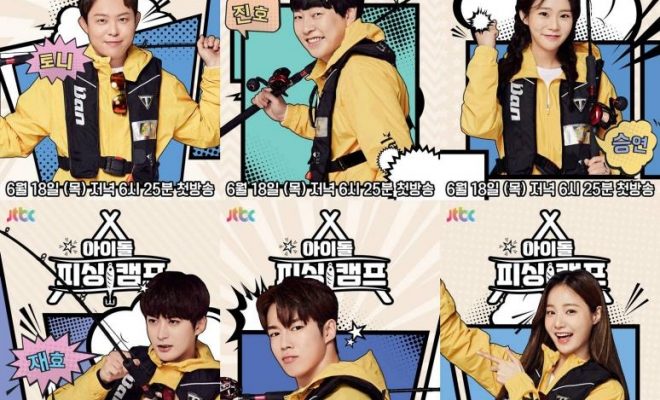 K-Pop stars from various generations, including Tony Ahn and SF9’s Dawon, will be putting their fishing skills to a test in a new variety show!

A unique variety show is coming soon from JTBC—and it stars K-Pop idols from different generations for an even more exciting showcase! 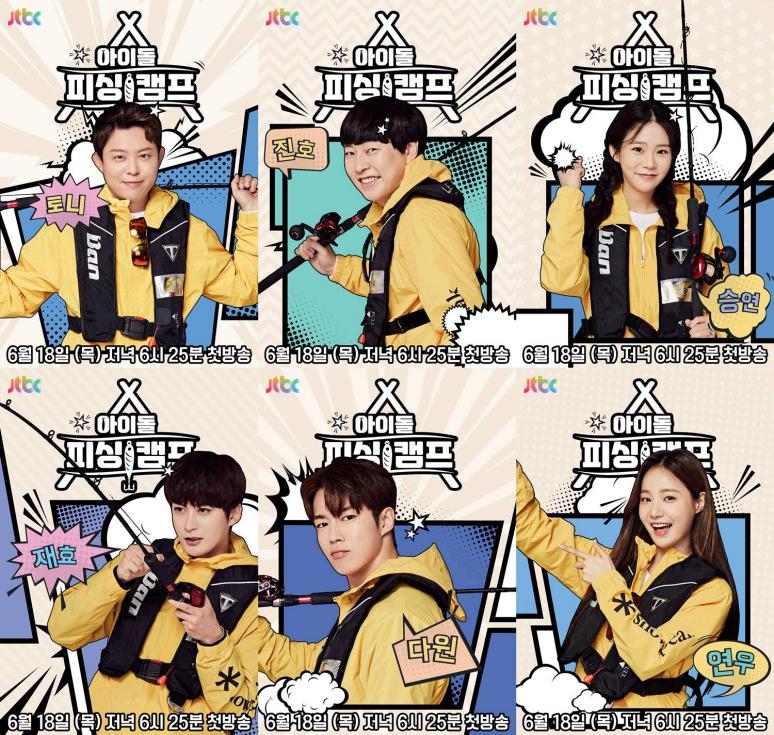 JTBC has introduced their upcoming entertainment program Idol Fishing through colourful and eye-catching posters that featured its interesting set of cast members!

As its name implies, Idol Fishing Camp is an entertainment program which will show idols developing their skills in the field of fishing through training courses. These aim to help them gather enough experience to participate in world fishing competitions.

Filmed in Jeju Island, the JTBC variety show is set to premiere this June 18 at 6:25 PM KST.

Making up a well-rounded cast are various generations of K-Pop stars. Among these is Tony Ahn, who hails from one of the scene’s pioneers H.O.T and will be the “leader” of the show despite being a beginner in fishing.

Comedian idol Lee Jin Ho and KARA’s Han Seung Yeon will join the show to promote fishing to the world as well.

On top of that, Block B’s Jae Hyo, who has seven years of fishing experience, will also join the team to show his extraordinary ability as an expert.

Although they are first-time fishers, SF9’s Dawon and former MOMOLAND member will also add vitality to the show. Idol Fishing Camp has also hinted at the hidden skills as a fishing genius that Dawon contains, and the natural talents that Yeonwoo seems to have as well.

These stars who gathered for Idol Fishing Camp are expected to fully capture the hearts of viewers by providing touching and fun through the process of new fishing enthusiasts becoming professionals in the field.