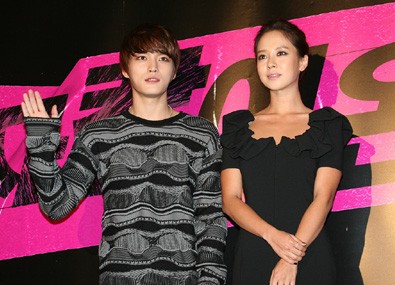 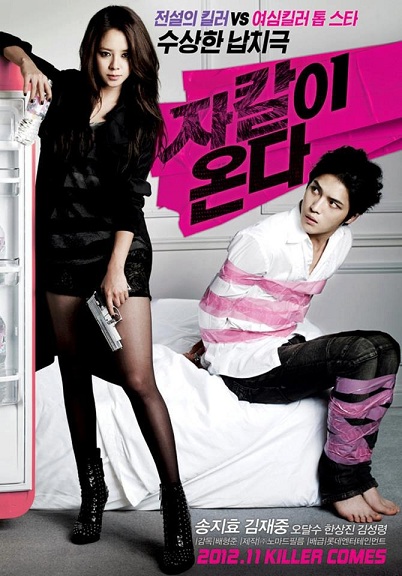 The movie Jackal is Coming, which is scheduled for release on November 15, had a VIP premiere on November 8 which had JYJ members and Running Man cast showing their loyal support to the leads of the cast; Kim JaeJoong and Song JiHyo. 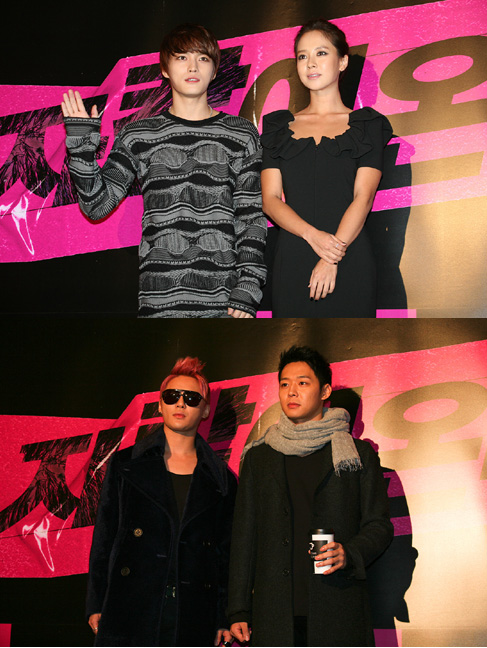 Jackal is Coming‘s VIP premiere has gotten all of Korea to looking forward to the film as top stars showed up for the event and top stars were also cast for the movie. More so, as fans were able to see JYJ members come to support Kim JaeJoong, and Lee Gwangsoo to show support for Song JiHyo, other stars were very touched with their loyalty.

After the premiere Park Eunhye commented, “it was so fun, I want to watch it again in theaters,” and recommended this movie.

Kim JunSu stated, “it’s been a while since I’ve been to a movie premiere and the kiss scene of Choi Hyun (Kim Jaejoong).. I was very jealous, I hope this movie makes a big hit.” Tae Jinah also stated, “Jaejoong is good at acting and the movie turned out very good and natural.” KARA member Nicole said, “It was fun to see a new side to Jaejoong oppa. Song Jihyo senior is so awesome.” 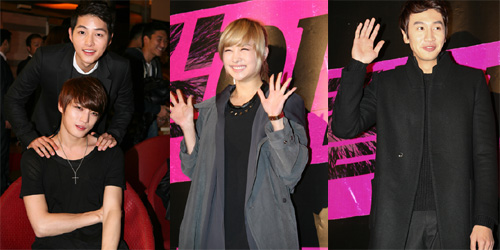 On the same day, to show support for the two stars at the Lotte Cinema near Kungook University, Song Joongki came to support Song JiHyo and Kim Jaejoong also, leaving a photo to show the close relationship between themselves.

With the end of VIP premieres, Jackal is Coming‘s release date is coming closer.