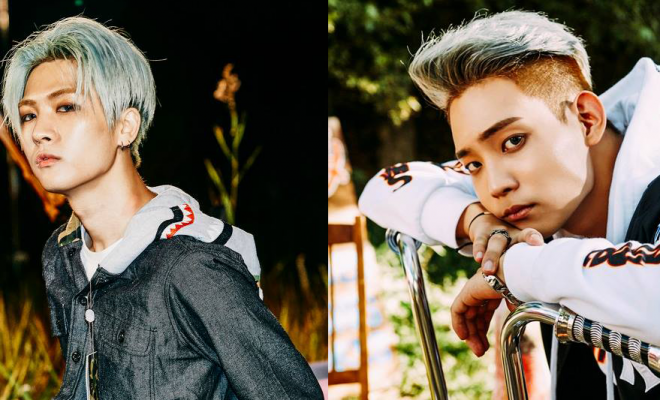 Topp Dogg’s Sangdo and Hojoon Sing ‘You’ for ‘Please Come Back, Mister’

Topp Dogg proves that two are better than one.

Topp Dogg’s Hojoon and Sangdo brought their vocal magic together for the OST of the hit SBS drama, ‘Please Come Back, Mister’. The sweet yet sentimental duet, titled You, was composed and written by member Yano.

In the video, Sangdo and Hojoon take viewers through the process of the song’s recording, being their bubbly selves while working hard on the track.

Topp Dogg previously released a track that was penned by Nakta, Yano and Atom, titled Feel Alive, for the drama. Hojoon also recently recorded a single called That Time for the show as well.

We need your support! If you have enjoyed our work, consider to support us with a one-time or recurring donation from as low as US$5 to keep our site going! Donate securely below via Stripe, Paypal, Apple Pay or Google Wallet.
36
SHARES
FacebookTwitter
SubscribeGoogleWhatsappPinterestDiggRedditStumbleuponVkWeiboPocketTumblrMailMeneameOdnoklassniki
Related ItemsatomFeel AliveHoJoonNaktaOSTplease come back misterSangdoThat TImeTopp DoggYanoYou
← Previous Story BIGBANG’s T.O.P Reveals His Character’s Name In ‘Out Of Control’
Next Story → Song Ji Hyo Makes Surprise Visit For Her ‘Husband’ Chen Bolin