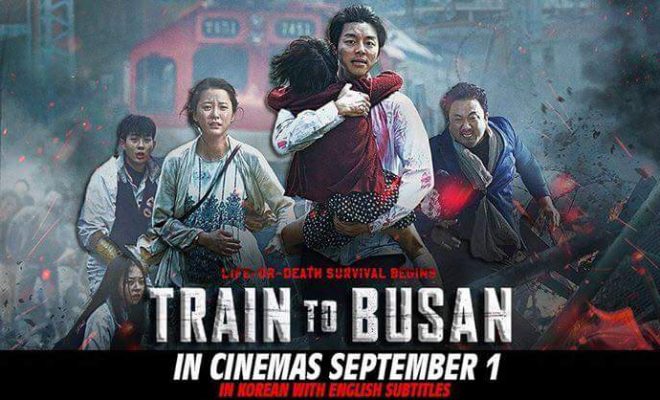 Next Station: The ‘Train to Busan’ Is Making Its Way to The Philippines

PINOY FANS, MAKE SURE TO BUY YOUR TICKETS AND DON’T MISS THE FIRST TRIP!

Mark your calendars as Train To Busan is finally arriving to Philippine Theaters on September 1, 2016 (Thursday).

The film had its premiere in the Midnight Screenings section of the 2016 Cannes Film Festival. It also boasts setting the record as the first Korean film of 2016 to break the audience record of over 10 million viewers.

With the request of the Filipino fans, the movie will retain its original format in Korean but made understandable to the locals with English subtitles.

Watch the official trailer below:

Like the official page for the Philippines release of the movie Train To Busan here.

Don’t miss the train as it opens to the public on September 1, 2016 in the Philippines brought to you by Red Peter Film and Next Entertainment World, locally distributed by Rafaella Films.