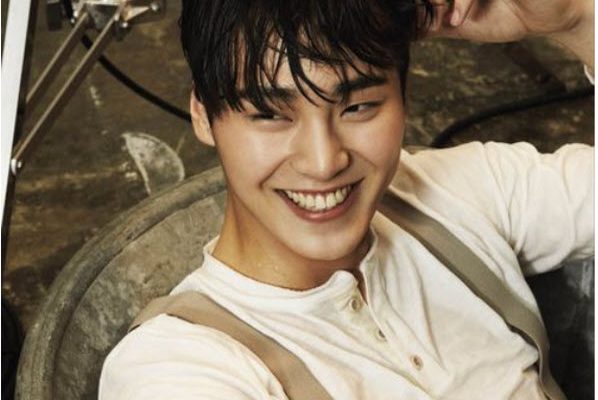 The actor becomes the youngest and last cast member confirmed to appear in the show.

The confirmation, announced on December 21, will have the 24-year old actor fulfill the duties of a city police man. City Police is a spin-off of Rural Police, which just wrapped up its fourth season.

In Rural Police, celebrities partnered with real-life police officers and help residents as they perform tasks within the community. For the new show, however, the cast will team-up with authorities from the city and will face more serious challenges considering the city’s crime rate.

Lee Tae Hwan has impressed viewers with his roles in dramas What’s Wrong With Secretary Kim, My Golden Life, Father I’ll Take Care Of You, W and Come Back Mister, to name a few.

Apart from appearing in dramas, he also showed his charm and wit in variety programs such as Law Of The Jungle in Komodo, Running Man and Living Together In Empty Room (Outrageous Roommates).

In City Police, fans can expect Lee Tae Hwan’s appearance to be of a respectable police officer who will guard the citizens safety. He is also said to be perfect for the role due to his height and athletic build. With little intervention from the production crew, the actor is expected to showcase his sense and ability in doing the tasks.

Hellokpop, as an independent Korean entertainment news website (without influence from any agency or corporation), we need your support! If you have enjoyed our work, consider to support us with a one-time or recurring donation from as low as US$5 to keep our site going! Donate securely below via Stripe, Paypal, Apple Pay or Google Wallet.
FacebookTwitter
SubscribeGoogleWhatsappPinterestDiggRedditStumbleuponVkWeiboPocketTumblrMailMeneameOdnoklassniki
Related ItemsCity Policelee tae hwanMBC Every1variety show
← Previous Story Park Shin Hye To Star In Upcoming Thriller Film “Call”
Next Story → EXO’s Kai Reveals His Desire To Form A Unit With D.O.