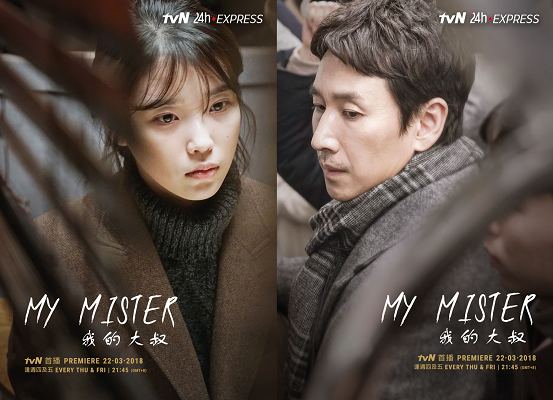 tvN Asia brings to you the emotionally stirring 24-hour express drama My Mister, starring IU and Lee Sun Gyun with veteran director and screenwriter to illustrate urbanites’ struggles in life and their pursuit of happiness.

tvN Asia 24-hour express drama, My Mister, an upcoming series that narrates the burden of urban lives, will premiere exclusively on tvN Asia in Singapore and Malaysia on 22 March (Thursday) at 9.45pm.

My Mister follows the taciturn Park Dong-hoon (Lee Sun Gyun) in his 40s and the stern Lee Ji-an in her 20s (IU) who both struggle in life. Undergoing different stages of life, their wounded souls are eventually healed through each other’s company. In addition to their chemistry, the drama also tells the story of the man’s relationships with his two brothers, Park Sang-hoon (Park Ho San) and Park Gi-hoon (Song Sae Byeok) amid their life crisis. 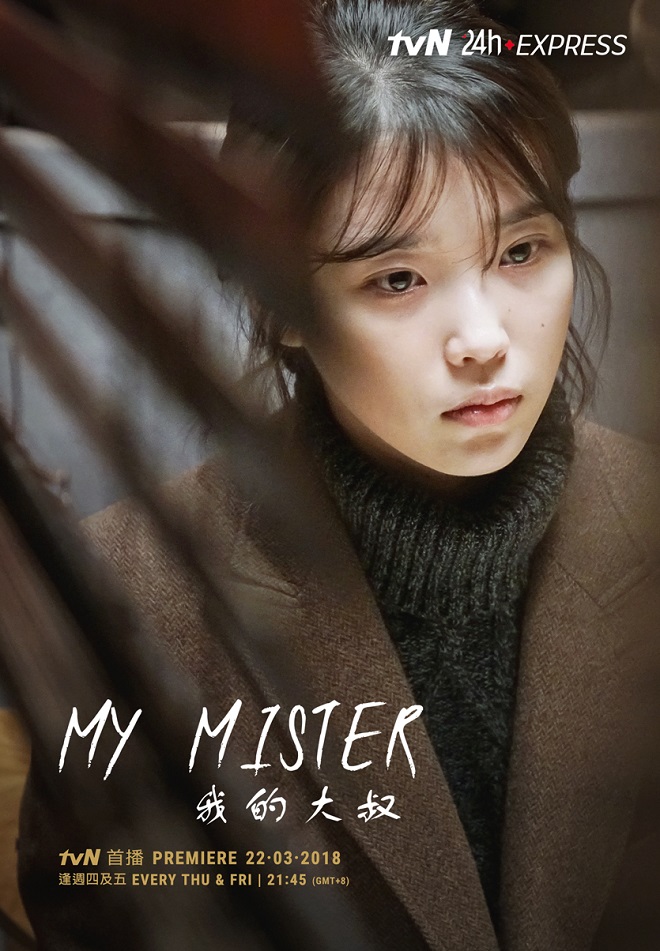 Since debut, IU is recognized as Korea’s “Little Sister” for her cute love songs and adorable image. Mostly playing lovely and innocent characters, she makes a breakthrough in My Mister acting as Lee Ji-an, who lives an exhausting life working through multiple part-time jobs. “The biggest challenge is to act out the subtle inner transformation of Ji-an”, IU will show another side of her to audience through the ethereal acting. 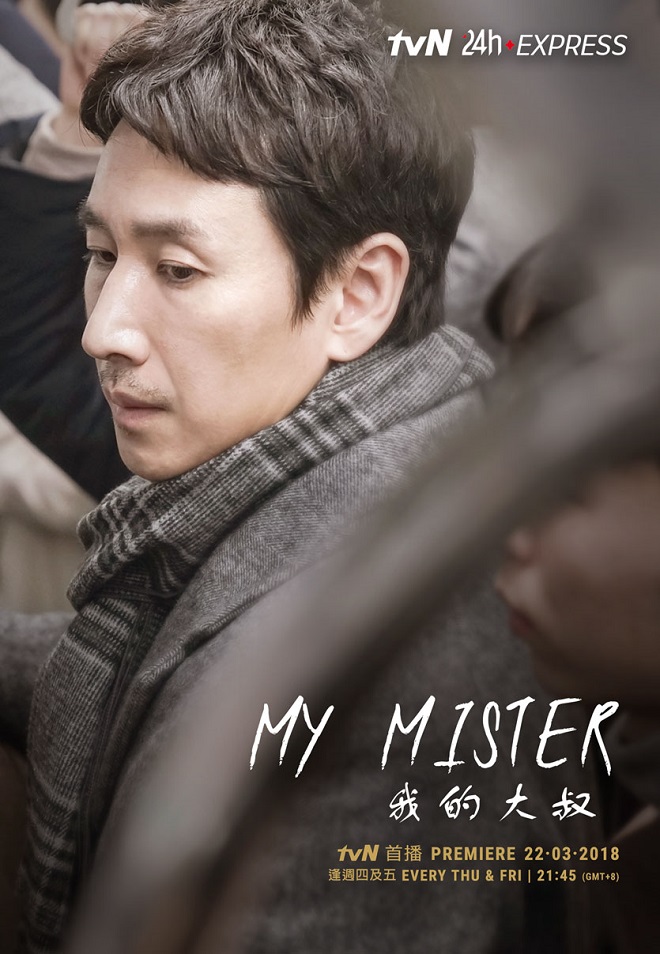 Actor Lee Sun Gyun, popular for his middle-aged man characters since his performance in Pasta, plays as a quiet man and reliable brother in the family. “Knowing that the director is Kim Won-suk, I wanted to participate in the drama even without reading the script”, he further revealed that the delicately crafted stories of the characters will not only arouse sympathy but also bring a sense of healing to the audience.

My Mister will premiere exclusively on tvN Asia in Singapore and Malaysia on 22 March (Thursday) at 9.45pm and air every Thursday and Friday. Catch it on Singtel TV – Ch. 518 / 619, or StarHub TV – Ch. 824, or on-demand via Singtel TV GO or StarHub GO in Singapore and on Astro Ch. 395 or unifi tv Ch. 211, or on-demand via Astro GO, or unifi play tv in Malaysia with subtitles in English, Chinese and Bahasa Malaysia.