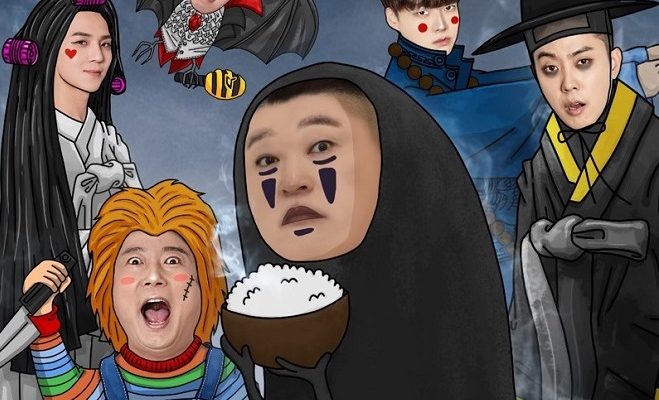 tvN To Air Hottest Variety Show “New Journey To The West 5”, Along With The … Ghosts

For the fifth time, are you ready for the New Journey To The West?

Renowned Korean variety show Producing Director Na Young Seok (Na PD) is finally back with his popular series New Journey To The West, which will premiere exclusively on tvN in Asia on 6 October (Every Saturday) at 21:00 (GMT+8).

The show has already gained public attention since the release of a teaser, which highlighted the zest of this season within a few minutes.

Na Young Seok production team, which only specializes in cooking and travelling, has returned with his most notorious series after a year’s break. Unlike his other master pieces such as Youn’s Kitchen and Little Cabin in the Woods, the program has no host with outstanding foreign language skills but members who are illiterate with google translate; in extremely low resolutions with questionable camera angles; and provides contents that are way below audience’s expectation.

This hilarious narration underlines the charms that can only be found in New Journey to the West series, creating even more anticipation to the show’s premiere!

In previous seasons, the show borrowed elements from classic Chinese novel Journey to the West and Japanese anime Dragon Ball to develop members’ characters and storylines. This time the production team plays around with the Korean blockbuster Along With The Gods by giving the show a subheading Along With The Ghosts, creating a whole new concept of amazing characters for the members.

All members not just simply deliver an eye-catching image with their hilarious outfits, but also make the audience curious about the roles of each character and their chemistry in between.

With new shooting locations, Hong Kong and Hokkaido, new costumes, more surprises and laughter, the premiere to go along with the ghosts is not to be missed! 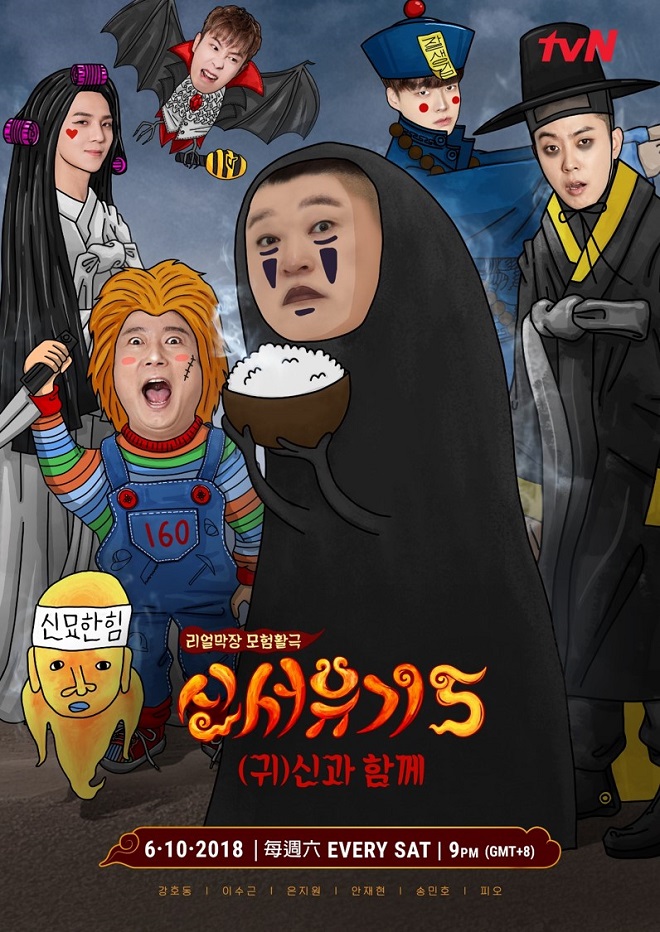 New Journey To The West 5 will broadcast on tvN in Asia from 6 Oct (Every Saturday) at 21: 00 (GMT+8). tvN is available in Hong Kong, Singapore, Taiwan, Malaysia, Indonesia, the Philippines, Thailand, Myanmar and Sri Lanka. The show is paired with English, Chinese, Bahasa Malaysia and Bahasa Indonesia subtitles.