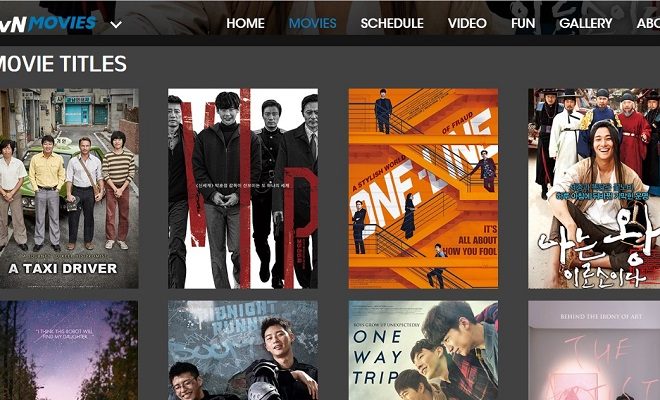 tvN Movies To Bring Award-winning Blockbusters To Singapore This Summer

By Adrian | May 18, 2018
FacebookTwitter
SubscribeGoogleWhatsappPinterestDiggRedditStumbleuponVkWeiboPocketTumblrMailMeneameOdnoklassniki

tvN Movies, the World’s First & Only Korean Blockbuster movie channel, made a name for its well-curated line-ups in the region – Singapore.

Among the recently announced winners of the Korea’s Golden Globe Awards, Baeksang Arts Awards, in particular the “Film” section, tvN Movies is proud to announce that it has the Pay TV & OTT rights of seven titles. To further promote the award winning blockbusters, tvN Movies is bringing some of the titles to Singapore audiences.

On 19 May (Saturday, 22:00), audience can witness Lee Soo-kyung’s Best Supporting Actress performance as the only murder suspect of his father’s fiancée in Heart Blackened.

More winning titles will be coming in June to tvN Movies’ Blockbuster Premiere Block on Saturdays at 22:00. Best Film winner, a historical flick The Fortress (16 Jun), greets audience with its visually striking spectaculars of patriotic struggles; audience can also witness Best Actress Na Moon-hee acting alongside Lee Je-hoon in the heart-warming movie I Can Speak (9 Jun), where she portrayed a grumpy elderly, who later developed an unlikely friendship with a young civil servant while learning English from him.

On television front, CJ E&M’s general Korean entertainment channel in Asia, tvN, also presents some of the top winners to its audience. Its first 24-hour express drama in 2018 Mother was named Best Drama with the child actress Heo Yool, recognised as Best New Actress for her impressive acting in the heartrending story. The global sensation drama, Stranger also known as Secret Forest, which was awarded the Grand Prize and many more awards, will be coming to tvN in July. Watch out for Bae Doo-na’s performance as the police officer alongside a motionless prosecutor portrayed by Best Actor Cho Seung-woo.

How to watch tvN:

How to watch tvN Movies:

We need your support! If you have enjoyed our work, consider to support us with a one-time or recurring donation from as low as US$5 to keep our site going! Donate securely below via Stripe, Paypal, Apple Pay or Google Wallet.
FacebookTwitter
SubscribeGoogleWhatsappPinterestDiggRedditStumbleuponVkWeiboPocketTumblrMailMeneameOdnoklassniki
Related ItemstvNtvn asiaTVN Movies
← Previous Story “What’s Wrong With Secretary Kim” Park Seo Joon & Park Min Young Discuss Their Roles + Release Funny Teaser
Next Story → Meet Alden Richards – The Actor Who Might Be Philippines’ Captain Yoo Si Jin