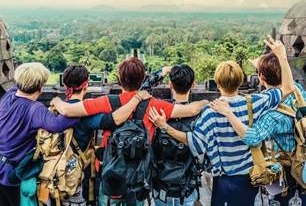 Cassiopeias and ELFs will be embarking on a journey of a lifetime with their idols this October.

This year, Super Junior and TVXQ will be joining forces for a very special YouTube Original series. Members from the two groups will be starring in a travel documentary, titled Analog Trip, coming out this October. 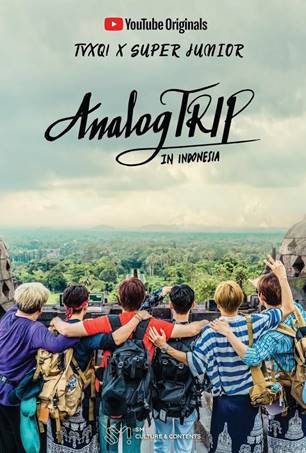 Analog Trip features TVXQ’s U-Know and MAX, and Super Junior’s Leeteuk, Shindong, Eunhyuk, and Donghae. The travel documentary follows their rare personal vacation in Indonesia, where they go on a backpacking trip as normal people. Armed with only a travel guide and a few mementos from their pre-debut years, Analog Trip will follow their adventures and the growth of their bond.

Aside from getting a break, the special trip will allow the members of TVXQ and Super Junior to drink in the beautiful sights of Indonesia, whilst looking back at their memories from 2002. The travel documentary follows their appreciation for nature, as well as a look into their inner thoughts and feelings.

Analog Trip will be available exclusively on SMTOWN’s YouTube channel. The first episode of the documentary will be available to everyone on October 9, 10PM KST. There will be 12 episodes over all, and succeeding ones will be released every Wednesday at 10PM KST.

YouTube Premium subscribers, meanwhile, will have access to all 12 episodes upon its release on October 9. As of writing, YouTube Premium is available in 63 countries, Korea, the U.S., Australia, New Zealand, Mexico, Canada, Finland, France, Germany, Ireland, Italy, Norway, Russia, Spain, Sweden and the United States.

We need your support! If you have enjoyed our work, consider to support us with a one-time or recurring donation from as low as US$5 to keep our site going! Donate securely below via Stripe, Paypal, Apple Pay or Google Wallet.
FacebookTwitter
SubscribeGoogleWhatsappPinterestDiggRedditStumbleuponVkWeiboPocketTumblrMailMeneameOdnoklassniki
Related ItemsSuper Junior. Analog TripTVXQYouTube Original Series
← Previous Story Go Ah Sung, Esom & Park Hye Su To Fight Office Corruption In Upcoming Film
Next Story → “Running Man” Exciting 9th Anniversary Fan Meeting Performances That You Should Watch Out For