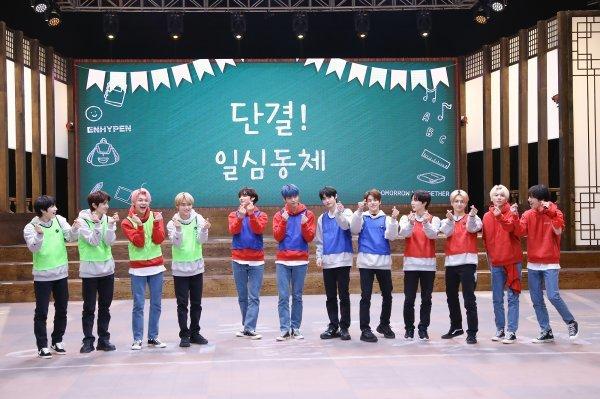 TXT & ENHYPEN To Appear Together In New Variety Show “PLAYGROUND”

This is not a drill! TXT and ENHYPEN are indeed appearing together in one variety show!

In celebration of the nearing Lunar New Year, Big Hit Labels’ well-loved boy groups TXT and ENHYPEN teamed up to star in their own variety show. 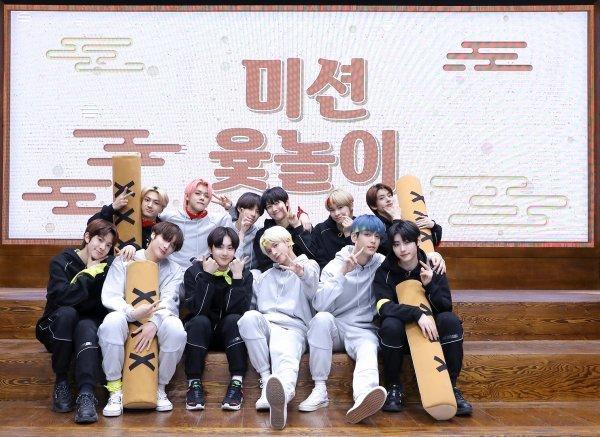 Titled PLAYGROUND, the program will feature the two teams playing various games together. The groups will show their energy and test their chemistry as labelmates. TXT is signed under Big Hit Entertainment while ENHYPEN recently debuted under BELIFT, a joint venture by Big Hit and CJ ENM.

In the first episode, which will air on February 11 at 8 AM KST, the members of ENHYPEN will join the clubs presented by TXT. The best team will receive club funds as a prize.

As for the second episode on February 12 at 8 AM KST, the boys will play the traditional Korean board game called yut. To make things more interesting and fun, it will not be a normal session. Instead, they will compete for various items that will give them benefits in the game.

PLAYGROUND is produced by Big Hit Three Sixty and will air on JTBC. Moreover, both episodes will air back to back on February 14 at 10 AM KST on JTBC4.