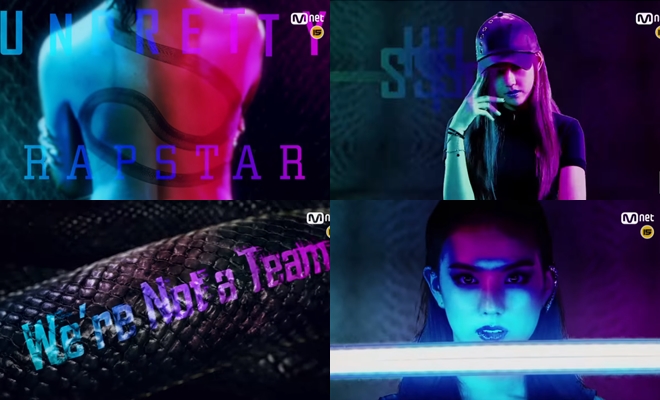 Unpretty Rapstar is another rapping survival show to catch after Show Me The Money 5 finishes this week.

The female rapping competition, Mnet’s Unpretty Rapstar is to kick off its 3rd season soon. The airing time and date of the first episode has been confirmed to be on 11PM, Friday, July 29. It is thus two weeks after Show Me The Money finishes.

On July 12, the second teaser video of the show was unveiled. Similar to the 2nd season‘s teaser video, it features the confirmed female participants, and also Jessi’s famous line, ‘We are not a team, this is competition‘.