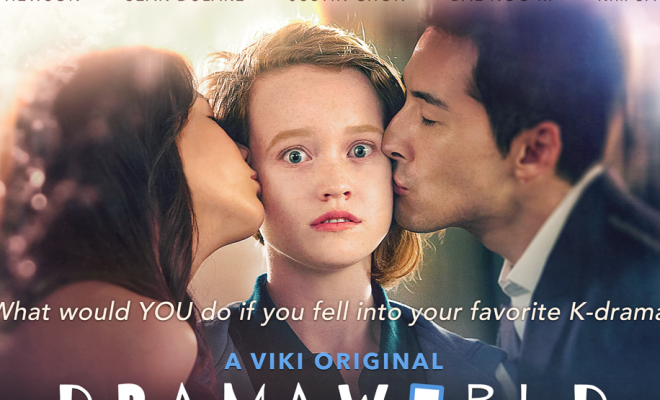 Dramaworld is a fictional comedy about a bookworm girl named Claire Duncan (played by Australian newcomer Liv Hewson), who is addicted to Korean dramas, in intense love with a star called Joon Park (played by Sean Dulake of Korean dramas “Jejungwon” and “Athena: Goddess of War”). Due to some mysterious magic, Claire suddenly finds herself in her favorite show, which she often watches on her smartphone. From then, the cute girl embarks on a new series of adventures in Dramaworld, where she has the chance to make a new friend, Seth (played by Justin Chon of “The Twilight Saga” and “21 & Over‘), and even plays a role in the celebrities’ world.

Besides foreign cast members, Dramaworld also recruited famous Korean artists, including Super Junior’s Siwon, who made a strong impression in “History of the Salaryman,” “King of Dramas,” and “She Was Pretty;” and Han Ji Min, the lead actress of many hit dramas, like “Padam, Padam,” “Rooftop Prince,” and “Hyde, Jekyll, Me” .

Tammy H. Nam, the CEO of Viki expressed her future expectations about the new drama project, saying: “In many ways, ‘Dramaworld’ exemplifies the future of TV: global production partners, an international cast and crew, a storyline written for an international and increasingly mobile audience, and digital-only distribution deals.”

Dramaworld is filmed in both Los Angeles and Korea. The 10 episodes will be hitting the screen on Sunday, April 17 through Viki.com in Korean and English. This new project of Viki is expected to draw huge attention from fans around the world and mark a significant turning point in the Korean film industry.