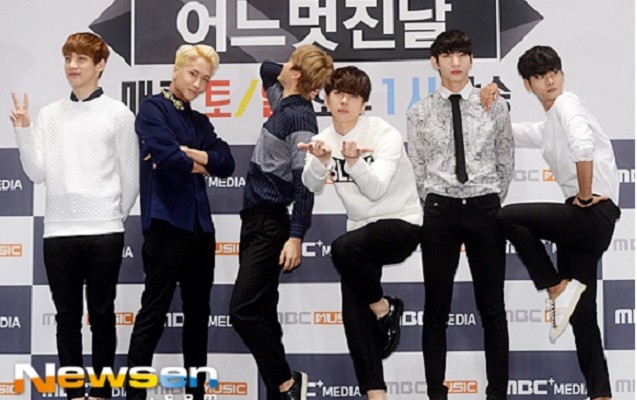 VIXX to Give Fans Free Hugs in Myeongdong?

In the press conference for MBC Music’s One Fine Day, which took place at the CGV theater in Yeouido on February 6, boy group VIXX attracted much attention from fans as the boys made an official commitment to give their fans free hugs in Myeongdong, if the viewer ratings of One Fine Day hit more than one percent.

VIXX’s Ravi revealed that when the group set the goal of three percent for the viewer ratings of the show, the director said it would hardly happen. He then added: “If the viewership rating goes over one percent, we will give out free hugs in Myeongdong. We will hug you tightly,” stirring all fans’ hearts aloud.

One Fine Day is a reality program, which features idols’ experiences while traveling and exploring different places and countries. VIXX was chosen to star in the show and received its first official break since its debut three years ago. The program captured fun moments of the group relaxing and taking part in various activities while on a five-day vacation in Jeju island, and is broadcast on every Saturday and Sunday at 1 p.m. for four weeks, beginning from February 7.