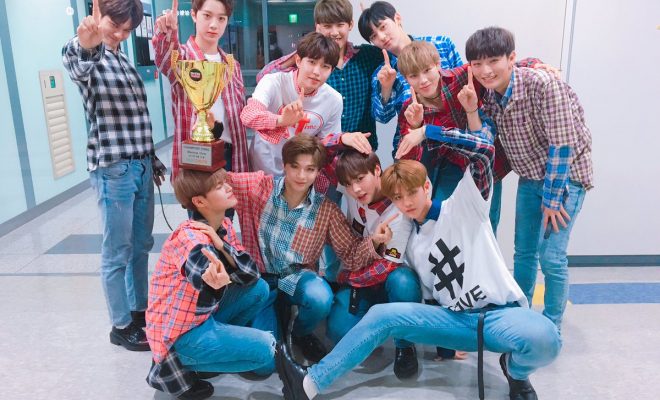 Wanna One Wins 1st Trophy For “Beautiful” On Show Champion

The November 22 episode of MBC’s Show Champion marked the comeback stage of many artists and idol groups, including Lovelyz, SF9, Viction, and Monsta X.

After many entertaining performances, Monsta X’s “Dramarama”, SEVENTEEN’s “Clap”, EXID’s “DDD”, TWICE’s “Likey” and Wanna One’s “Beautiful” were chosen to enter into the top 5 of the show.

Despite not performing at the music program, Wanna One overwhelmed other rivals to bag home the honorable trophy. This is also the group’s first win for its new song, “Beautiful” in a TV show.

Right after the program, Wanna One members uploaded a video to express their excitement as well as send fans thankful messages for their unwavering support.