Escape from Mogadishu is a blockbuster movie in the making with soaring anticipation from prospective audiences ahead of its premiere.

On July 21, Lotte Cinema held an online ticket reservation event for the action film Escape from Mogadishu. In just less than an hour after the event opening, all tickets were sold out. This surge of audience reservation has surpassed the production team’s expectations about the film’s reception. 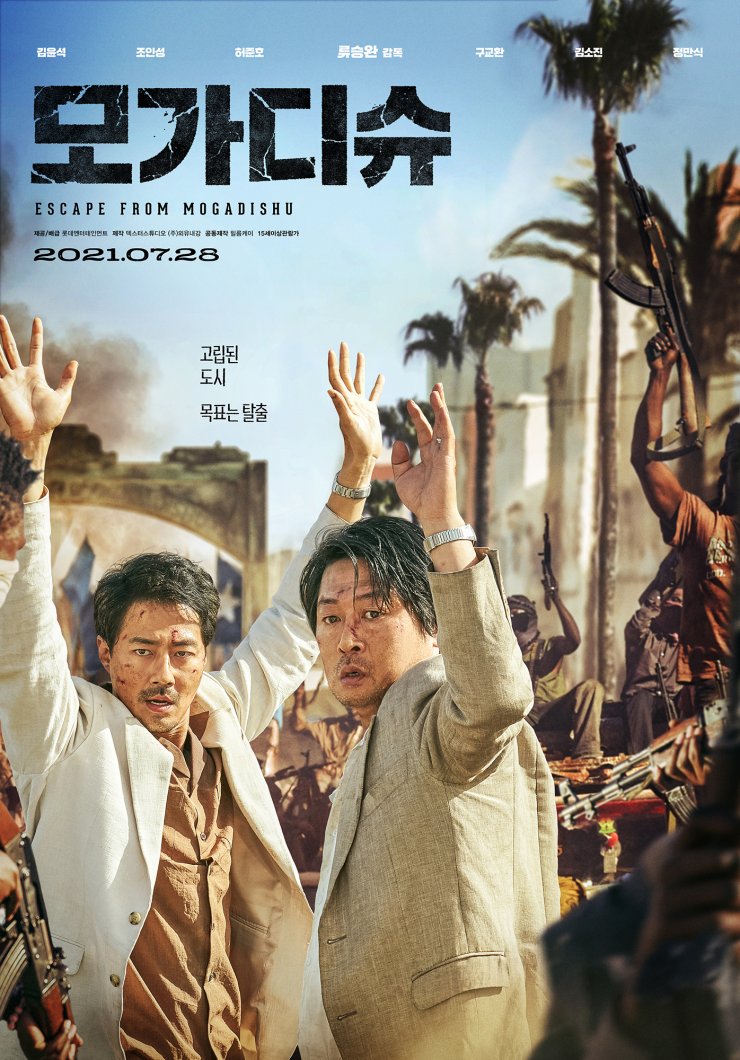 The movie parades some of the most illustrious and critically acclaimed names in the Korean Film industry. Veteran actors Kim Yoon Seok and Heo Joon Ho are expected to deliver nothing but unparalleled performances. It will also mark the return of decorated Hallyu star Jo In Sung to the big screen. His last movie project was the 2018 megahit film The Great Battle. Escape from Mogadishu‘s narrative is loosely based on a historical account during the 1991 Civil War in Mogadishu, Somalia’s capital. It depicts the catastrophic experiences of the South Korean ambassador to Somalia, Han Shin Sung (Kim Yoon Seok), his wife, and other embassy officials. As the civil war broke out, they were all trapped in the South Korean embassy building without access to the outside world. Also struggling to survive in the war-torn city, Kang Dae Jin (Jo In Sung) exhausts all possible means to get out of the disastrous situation. He worked as a counselor at the North Korean Embassy in Mogadishu before the civil war erupted.

Escape from Mogadishu is a comeback film of PD Ryu Seung Wan following his 2017 acclaimed movie The Battleship Island. Dexter Studios handled the production of the film while Lotte Entertainment controls the film distribution. According to a representative from Lotte Entertainment, the movie sold a total of 8,000 reservation tickets in a span of 40 minutes. The build-up of traffic on Lotte’s website even caused a temporary downtime to the server.

Escape from Mogadishu will hit the Korean theaters on July 28.