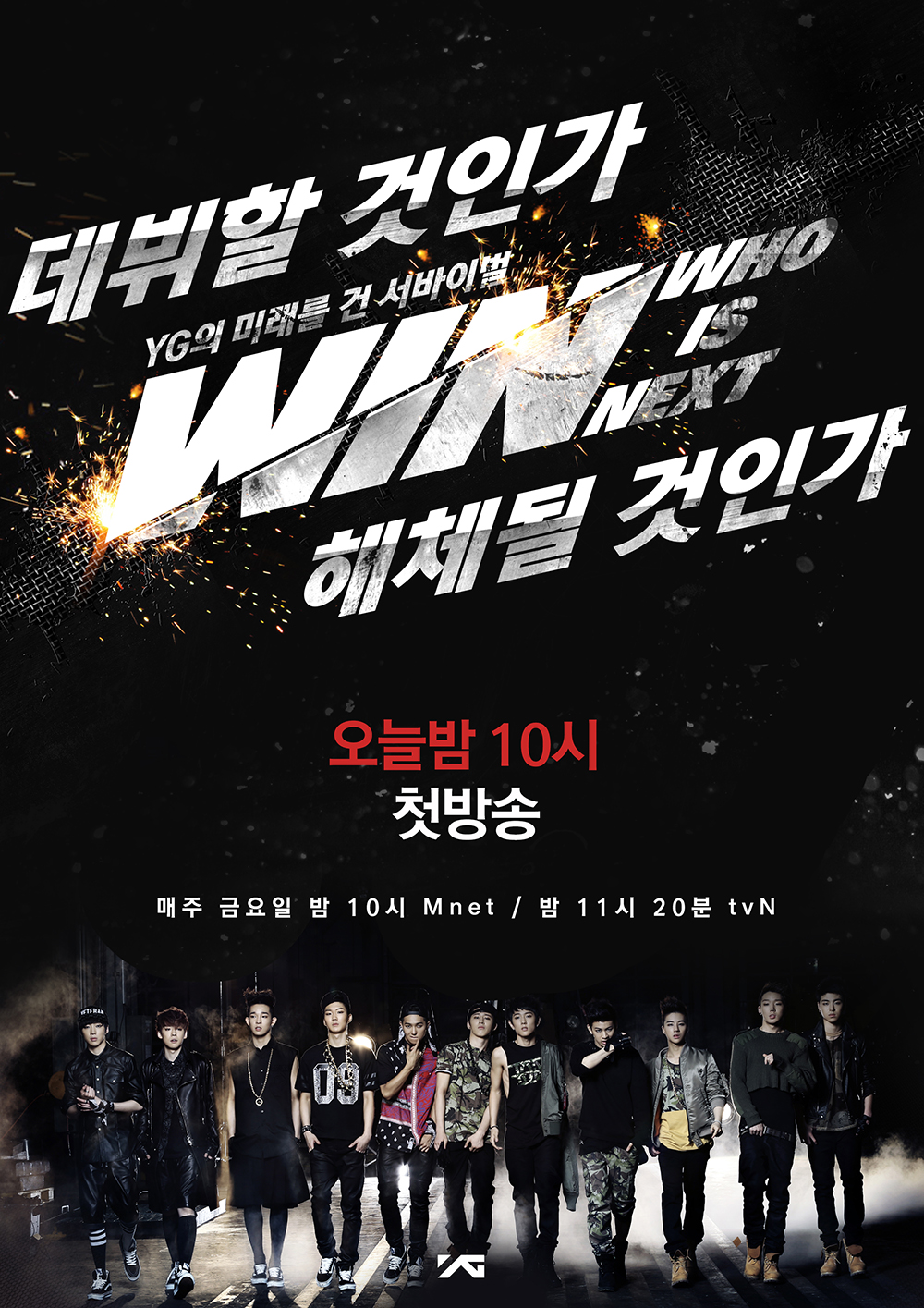 YG’s survival battle ‘WIN: Who Is Next’ begins! 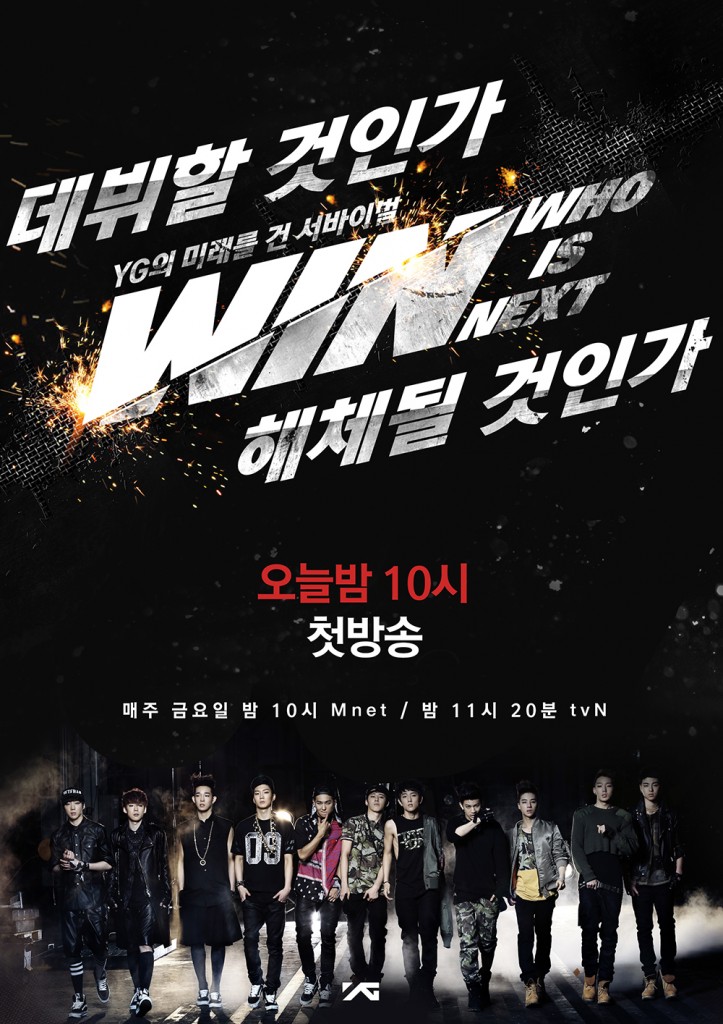 YG Entertainment‘s survival battle program, WIN: Who Is Next, has been stirring up curiosity among Kpop fans!

The participants of the program are YG’s 11 male trainees, which are divided into two teams. All of them have one dream, that is to debut as an idol. In 100 days, the two teams need to prove that their team deserves to debut. The audience will vote on who they want to debut and the team will emerge as the WINNER, and debut thereafter.

On WIN’s first episode, the members of each team were introduced. Team A is composed of Song Minho (leader), Kang Seung Yoon, Nam Tae Hyun, Lee Seung Hoon and Kim Jin Woo. Team B is composed of B.I (leader), Bobby, Kim Dong Hyuk, Kim Jin Hwan, Koo Jun Hoe and Song Hyun Hyeong. Both teams, although appearing nervous, were able to show their singing, rapping and dancing skills in front of the CEO, Yang Hyun Suk. With their dream to debut at stake, the competition between both teams will be tougher and they have to give their best in every opportunity.

Which team is doing a better job so far?

Check out the first episode of WIN below so you can decide too!