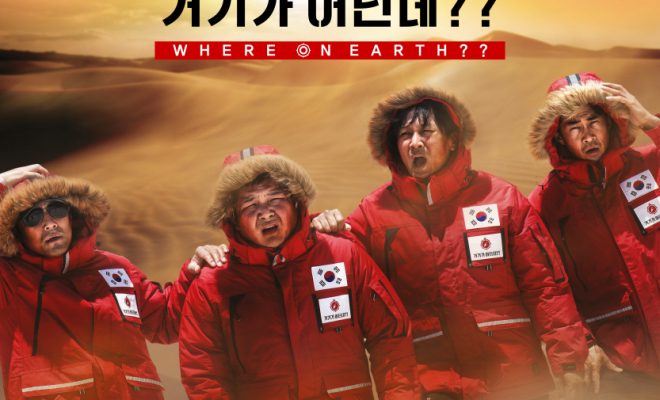 Explorative journey is what PD Yoo Ho Jin aspires in his new experimental travel variety show, Where on Earth?.

PD Yoo Ho Jin, who is best known for his dramatic revival of KBS2 TV’s Happy Sunday – 1 Night 2 Days, revealed how the preparation period was longer than usual owing to their goal of presenting an impressive and interesting program.

He added how being a geographer is his high school dream, and shared how he will always be fond of his work in 1 Night 2 Days, but his new venture is different because of its drive to go far and beyond the Korean soil. 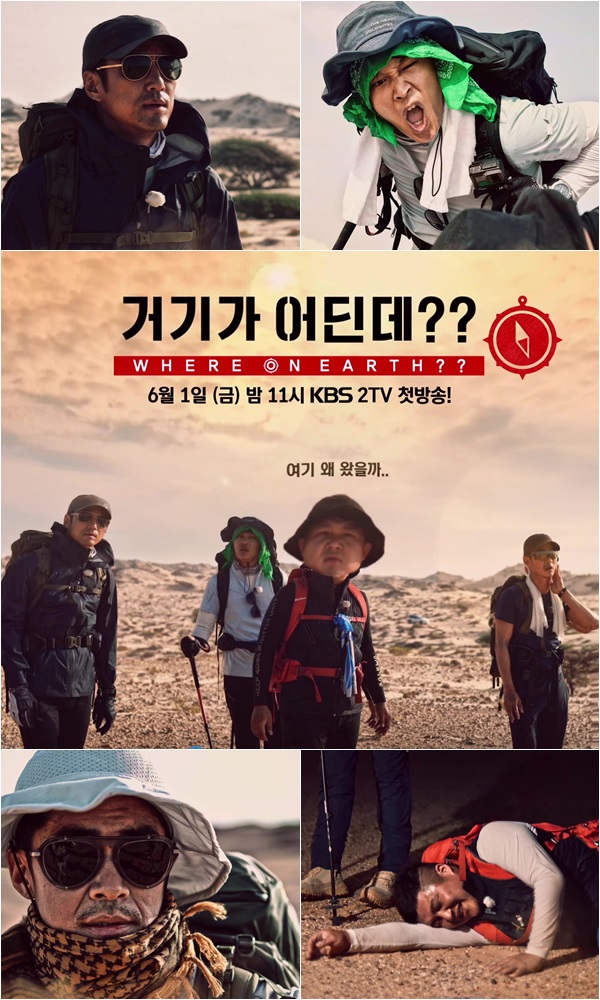 He also dismissed comparison between another exploration themed variety show, The Law of the Jungle, citing how the show has start and end points, which circles in a specified setting.

Where on Earth? (working title) on the other hand, does not go to the extent of finding food to survive because fully prepared meals will be provided to the explorers on their expedition.

The star-studded members went to Arabian desert of Oman in April to shoot the program.

Premiere actor Ji Jin Hee (Misty), who is a first timer on a variety show, said, “I have heard many suggestions from many entertainments but have not been able to do so easily. I was very curious, and the members were so happy that it was a pleasant expedition.”

Cha Tae Hyun quipped about how he decided to join the team against his will. But because of his close relationship with PD Yoo whom he worked with in 1 Night 2 Days and drama Producers, he relented even when thinking about how desert sojourn sounded arduous.

Cha said, “Fortunately, I thought I could endure heat than the cold so I decided to go.”

Where on Earth? is a fun exploration, with the members utilizing a map and compass without the involvement of the production team.

Jo Se Ho jokingly admitted how he questioned why he was in the show. He said, “I could not go back. The process of recognizing that the sauna would be my home was a fun factor.”

The cast synergy among the members who are exposed in extreme situations and conditions is another watching point. Yoo PD said, “Every actor is so charming. That even when my body is aching, I can’t help but laughed on their adventure.”

Ji Jin Hee led the expedition team by assigning tasks to the members. Cha Tae Hyun was in charge of information. Jo Se Ho attended to the team’s health while model Bae Jung Nam took care of the food.

Where on Earth? will have its first broadcast on June 1 at 11 pm. 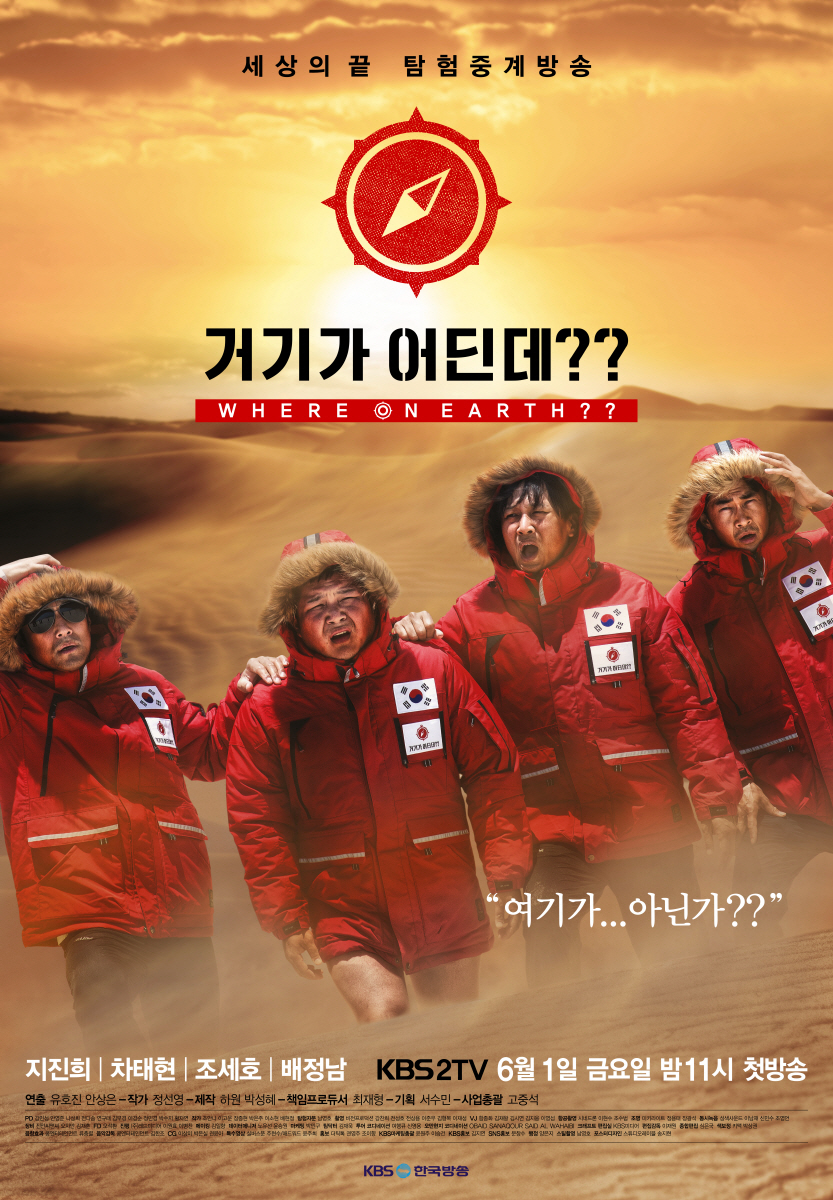