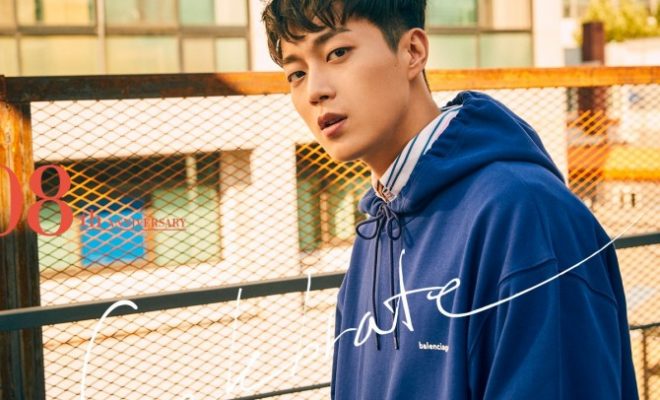 Let’s see what Yoon Doo-joon is ready to bring us after two-year hiatus.

On November 9, Around Us Entertainment made a statement to announce that Highlight’s Yoon Doo-joon will play the male lead in KBS’s upcoming drama titled Radio Romance.

The coming TV series centers on how a top star, who gets used to follow scripts, deal with problems when he becomes a radio DJ.

This is also the singer-actor’s first screen return after two years since his last web drama dubbed Splash Splash Love in 2015.

Apart from being a member of boy group Highlight, the idol has also been developing his acting career. He made his appearance in a number of dramas since 2010 such as MBC’s sitcom All My Love, KBS’s Iris II: New Generation and two seasons of tvN drama Let’s Eat.

Yoon Doo-joon’s coming drama is scheduled to premiere in January 2018.