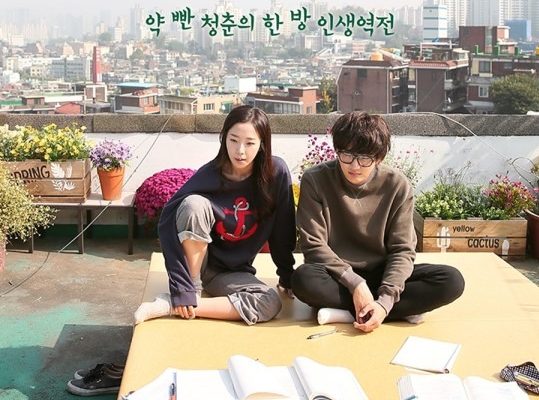 ‘Romance Full of Life’ is the second installment to the three-part series which succeeded ‘Star of the Universe’ headlined by EXO’s Suho.

Despite the EXO member leading the drama, ‘Star of the Universe’ ended with a low viewership share. The underwhelming responses to the drama series did not improve with the second installment.  It recorded a lackluster viewership share of 1.2 percent, according to Nielsen Korea. This rating was seen at its finale episode and the lowest the drama has recorded so far.

‘Romance Full of Life’ focused on the lives of young people in Noryangjin, Seoul. Similarly to ‘Star of the Universe’, the second part was divided into three episodes.

Succeeding the second installment is ‘Queen of the Ring‘ which will star Kim Seul Gi and Ahn Hyo Seop. It will revolve around an ugly and mean girl Nan Hee (Kim Seul Gi) who receives a magical ring that will lead to a complicated relationship with Se Gun (Ahn Hyo Seop), a handsome but cold guy.

‘Queen of the Ring’ will begin its run on March 7 on Naver TV Cast. It will also premiere on MBC on March 9. The drama will air every Tuesday, 12 mn KST on Naver and every Thursday, 11:10 p.m. KST.

56
SHARES
FacebookTwitter
SubscribeGoogleWhatsappPinterestDiggRedditStumbleuponVkWeiboPocketTumblrMailMeneameOdnoklassniki
Related ItemsAhn HyoseopEXOKim SeulgiQueen of the RingRomance Full of LifeSuhothree colors of fantasiesYoon Shi Yoon
← Previous Story Lim Ju Hwan To Possibly Star Alongside Nam Joo Hyuk And Krystal For ‘Bride of the Water God’
Next Story → The Best OSTs In The World: Our Favourite Kdrama Songs