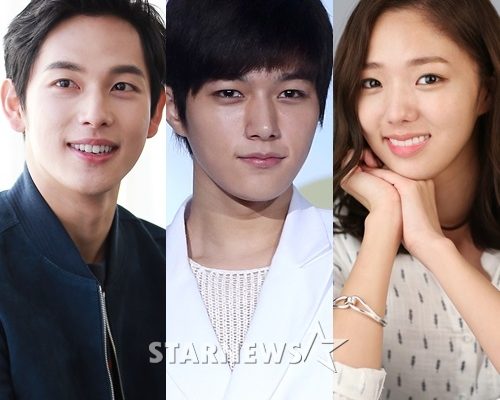 The captivating trio will star as the leads for an upcoming Chinese web drama, ‘Black Cat’.

It was previously reported that Infinite‘s L will be starring as Ho Yeon, one of the male leads in the romantic-comedy series Black Cat. On June 4, the production company revealed that ZE:A‘s Siwan and actress Chae Soobin will be headlining the show as well!

Siwan’s agency, Star Empire, shared that the idol will be playing the mysterious lead, Ji Baek. Meanwhile, Chae Soobin will be acting as the Mi-oh, the female lead of the drama, who gets caught in a love triangle between Ji Baek and Ho Yeon.

Are our readers excited to see the trio’s on-screen chemistry?