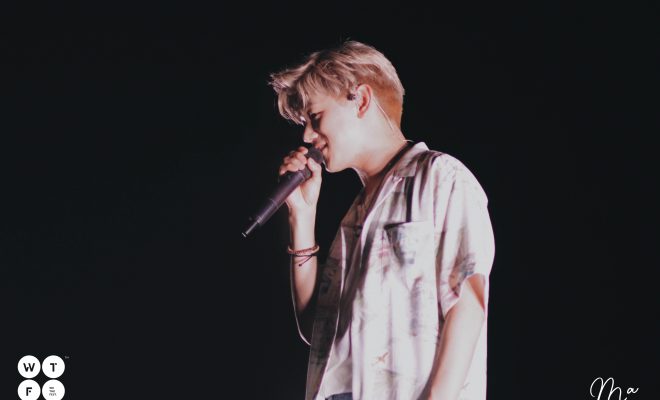 @melinaanggraini // We The Fest (Ismaya Live)

The wait was long. The crowd was packed. But Eric Nam’s performance in We The Fest 2018 made all the effort worth it. 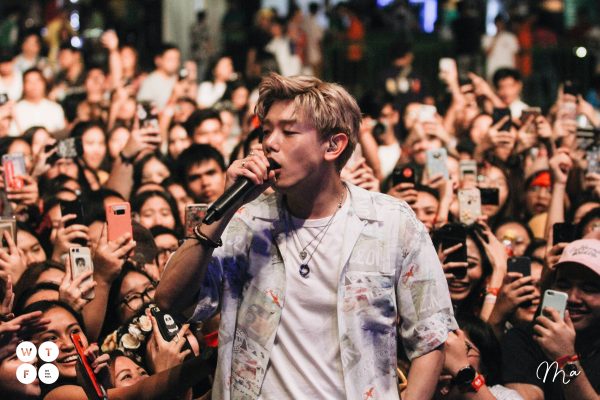 The Stage is Bananas transformed to a frenzied state when Eric Nam heightened the second night of We The Fest 2018. The artist went all out greeting Indonesian fans for the second time in less than a year.

The Atlanta-born singer made his performance a memorable one for different reasons. And we got you covered on some of the best Eric Nam moments at We The Fest 2018 that on site fans would never forget! 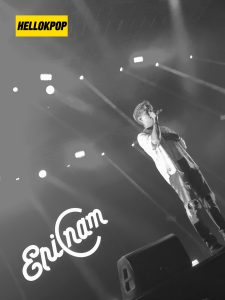 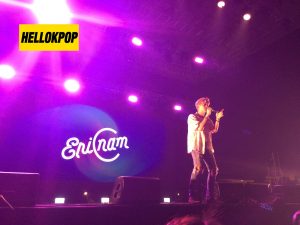 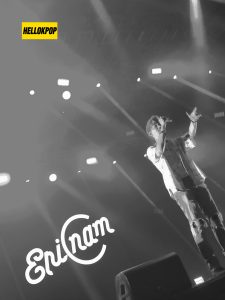 Fans who waited for hours get their efforts’ worth when Eric stepped on the stage and performed the first song, “Potion”. Afterward, the show continued with the soloist constantly switching between greeting fans and singing tracks. Among the Korean songs he performed include “Interview” and “Good For You” from EP Good For You (2016), and “Honestly” and “Potion” from his latest EP, Honestly (2018). He also performed collaboration tracks, including “Cave Me In” (2016, feat. Gallant and Tablo), “Body” (2016, feat. Timbaland), and “Into You” (2016, feat. KOLAJ). An aspect that made Eric Nam’s performance memorable was that he sang solo, without a band to back him up. For some soloists, handling one whole stage alone might be a huge challenge. But Eric’s stage presence, and how fans sang along throughout the set list, filled in what could have been a void, if not for his impeccable owning of the stage.

2. One with the fans 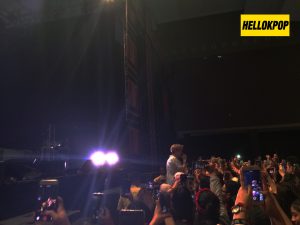 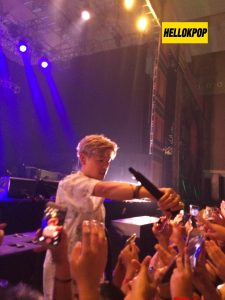 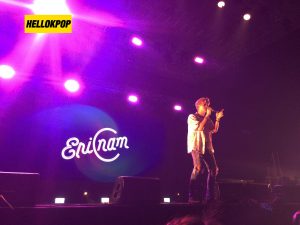 Eric Nam has owned the title of a humble and down to earth artist, and Jakarta fans saw his one-with-the-fans moments. While enthusiasm was clearly seen through Eric’s constant small talks with Nam Nations and their responses, there was one moment that made fans go hysterical.

In the middle of performing “Idea of You” (2017), his collaboration track with Russian DJ Arty, Eric suddenly jumped down the stage to get closer to the audience. Some front row fans were lucky enough to receive hi-fives from him, some got close up shots of him, while others just enjoyed the sweet moment in disbelief. Regardless, the audience section responded to Eric’s presence with great eagerness, putting them on trance with Eric Nam within their reach. 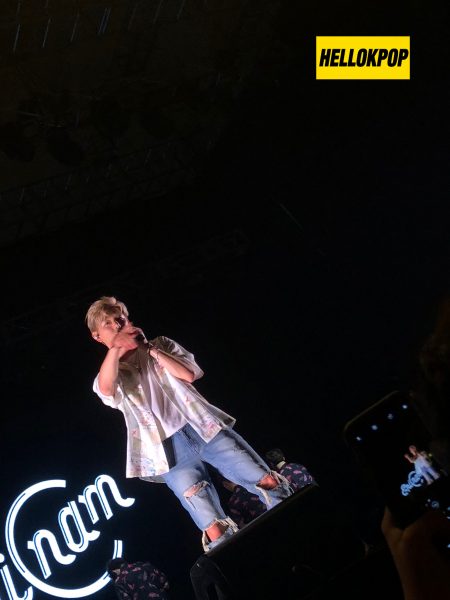 Every one to two tracks, Eric allocated time to express his feelings and introduce the songs he would sing next. And this one was no different. When introducing “Idea of You” (2017), he mentioned that the track was also co-written by American singer-songwriter Lauv. Eric then sang an acapella of Lauv’s hit track, “I Like Me Better”. In the short cover, it was only Eric’s voice and fans. No background music. Not only did it showcase Eric Nam’s outstandingly smooth vocals, but the audience’ cheer complemented the cover so well.

4. Psyched To Perform With Backup Dancers 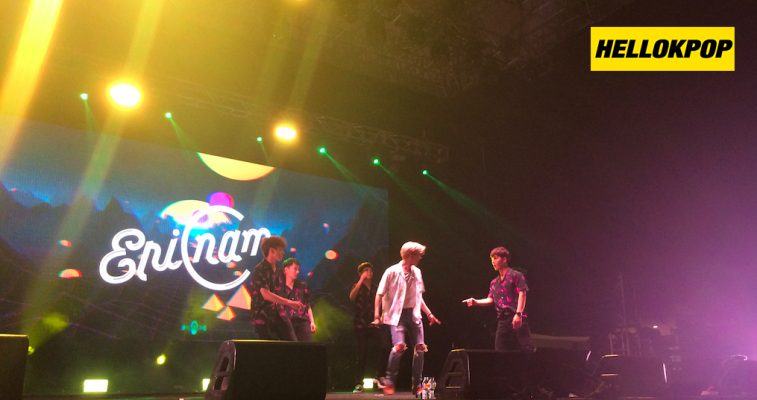 Eric can manage to own the stage while singing alone, but he was accompanied by backup dancers for most of his set list. What made the appearance of the backup dancers special was not merely that they made the stage feel less empty, but  because they added a unique point to the performance. While some soloists look detached to their background dancers, Eric danced to the choreography in sync with them! The crowd? Also, danced to the rhythm as propelled by the electrifying beats emanating from the stage. 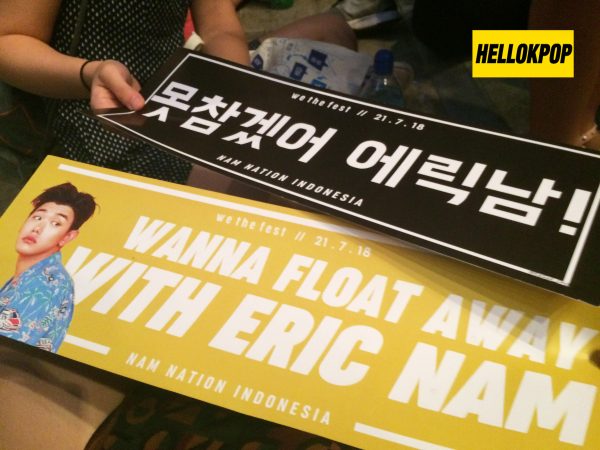 Hours before Eric’s performance, Nam Nations already secured the best viewing spots. A few traveled alone to watch the show, others traveled with fans. For some, We The Fest 2018 was the first ever time they saw Eric Nam. Nevertheless, everyone’s spirit are united to greet Eric’s performance with fan chants and banners. For instance, the banner that said “wanna float away with Eric Nam” was raised when he sang “Float”, cutely referring to his latest OST for Hotel Transylvania 3.

Nam Nations absolutely played an important part in making Eric’s performance amazing. There is always something so special about bonding with others who have similar interests.  We The Fest 2018 yielded several friendships made and a lasting memory formed together by the artists’ followers.

Check out our photo gallery below to see more of Eric Nam’s performance in We The Fest 2018! 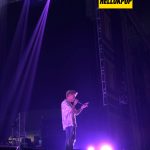 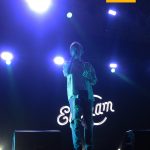 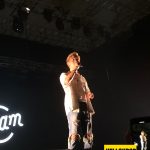 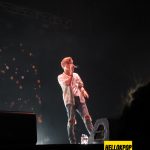 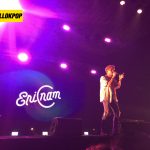 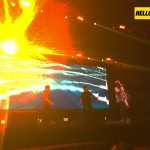 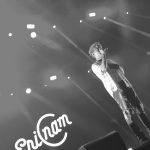 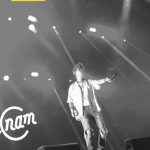 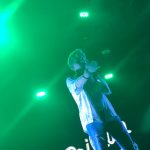 We would like to thank Ismaya Live for giving us the opportunity to cover We The Fest 2018.