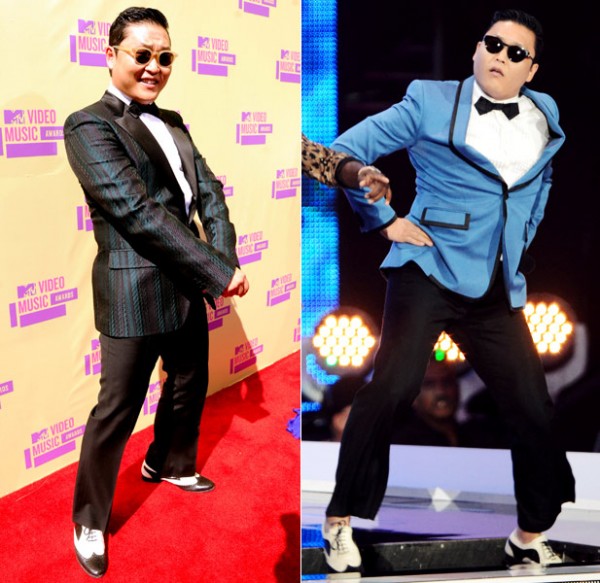 Psy chosen as ‘best dressed’ at the VMAs according to Billboard

Though people might find Psy‘s Gangnam Style very humorous, the star has had some serious praise about his sense of style at the VMAs.

Billboard named him one of the best dressed at the event, along with stars like The Wanted, Ke$ha, Miley Cirus, Chris Brown, Rihanna, Wiz Khalifa and Amber Rose. They wrote, “‘Gangnam Style’ may be a little silly, but there was nothing funny about K-pop star Psy’s VMA look. His striped red carpet suit and wing-tipped oxfords made for a classic look. But later, when Psy performed a bit from his signature hit with VMA host Kevin hart, his powder blue blazer and sleek shades showed the fun-loving personality that comes through in his song.”

What do you think, was Psy really a ‘best dressed’ contender?