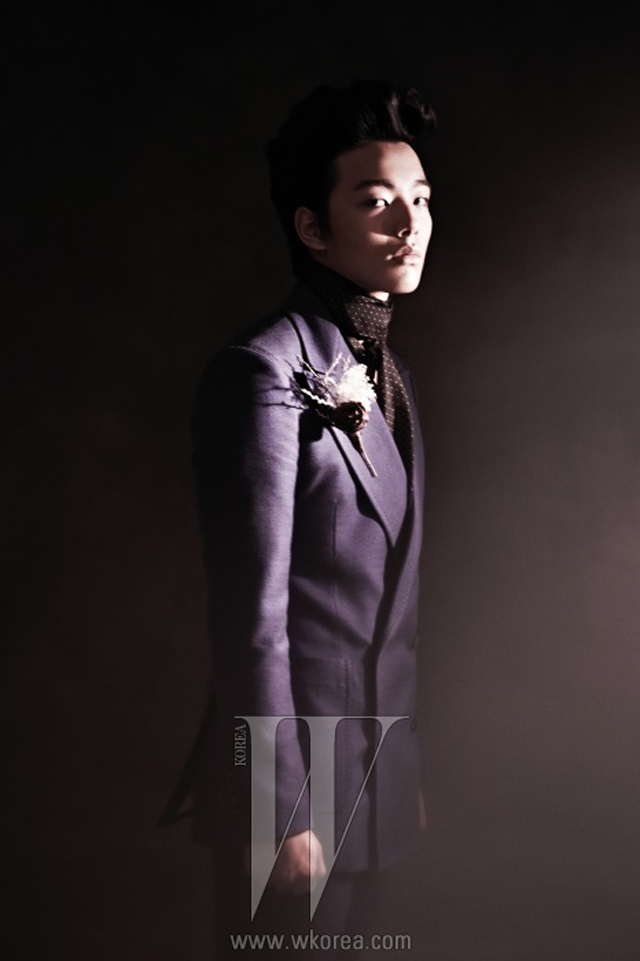 Who is Yeo Jin Goo exactly? According to W Korea, Yeo is considered The Wonder Boy: a title suitable for his considerable acting career at such a young age. He can go anywhere and do whatever a young man can possibly do. For W Korea’s January publication, Yeo dons a number of pieces that conceal his young age and reveal his many charms.

The first photo features a nonchalant Yeo wearing a fine wide lapel indigo suit with a polka-dot pattern scarf both by Kim Seo Ryong Homme. A second pictorial images displays Yeo with a youthful rocker image. He wears a leather jacket by Dominic’s Way, white denim jeans by Dior Homme, a chain ring and leather bracelet by Demande de Mutation, an 87mm decorative hat, and a metallic necklace by The Love Comes while holding a flaming skateboard. For the third photo, the actor has more of a natural and innocent appearance. He wears a coarse-textured knit sweater by Hermes while posing on a white sheet with pale pink flowers. The last, but not least image displays Yeo in a funky star-and-striped t-shirt and black pants by Givenchy, scarf by Dominic’s Way, a hat decorated with Swarovski crystals, and small accessories by Jamie & Bell, Kate n Kelly, Persona, and Mzuu.

Check out Yeo Jin Goo’s pictorial with W Korea below: 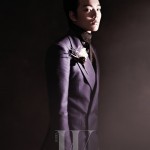 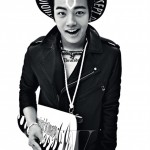 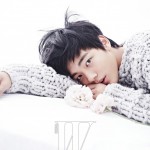 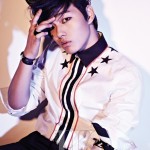