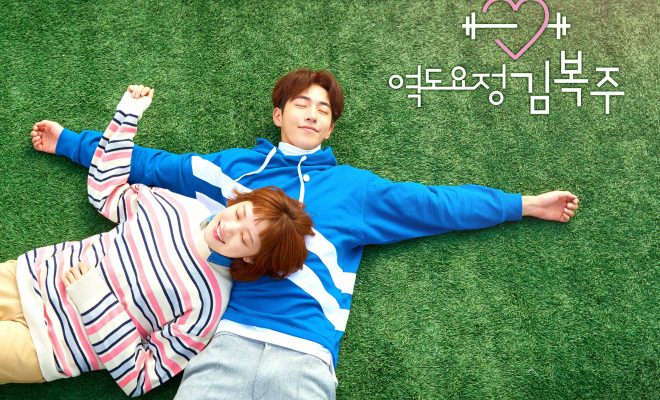 You have probably seen GIFs of this drama across your Twitter timeline.

Bok Joo (played by Lee Sung Kyung) is a weightlifter, whose life revolves around her sport. With little time to herself, she has never thought about love. Little does she know, love is about to knock her down when she meets national swimmer, Joon Hyung (played by Nam Joo Hyuk).

In light of the drama, Oh!K has released an exclusive interview with the two actors, and to share with Hellokpop readers! 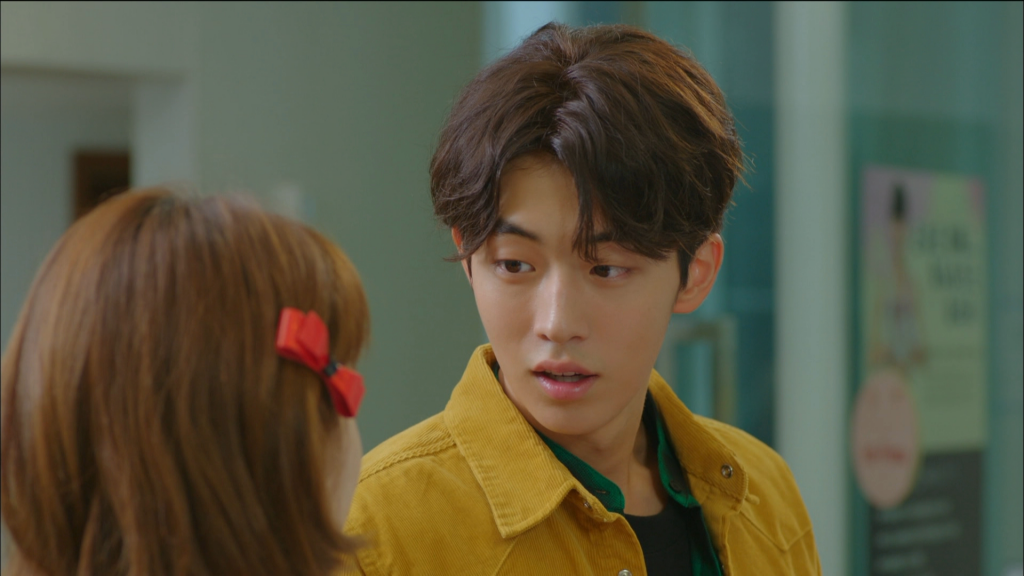 Lee (Lee Sung Kyung): I played the main character, Bok Joo in ‘Weightlifting Fairy’. The show revolves around Bok Joo and her ‘growing pains’ as a teenager. The episodes journey through Bok Joo’s life as a tomboy from a sports college, who only focuses on her weightlifting, school life and her friends. She then discovers her new identity as a young girl – she experiences the feeling of falling in love for the first time.

Nam (Nam Joo Hyuk): I starred as a swimming genius ‘Jung Joon Hyung’, feeling more comfortable in water rather than air. Joon Hyung has strong personality but at the same time, he struggles with his traumatic past.

Question: Sung Kyung is skinny in real life but in the show, she was teased for being overweight, so it appeared that the show was a little bit unrealistic. It also appeared that Sung Kyung tried to gain some weight for the role, were there any difficulties in doing so?

Lee: There were many concerns about the fact that an actress, who used to be a fashion model, took the role as a weightlifter. I was concerned as well. The first shoot for this series was just 15 days after my other show, where I used to look skinny. The only way to look like I have gained some weight was being puffy, so I ate a lot late at night before the first shoot. But there are various weight divisions in weightlifting. And also, there are many weightlifters who are thin. They are thin but they have well-developed muscles. So, I tried to portray a healthy and lively image of a sports college student. And I know there are some prejudices against me because I am skinny, so I tried to build up my body, focusing on looking healthy. I had training sessions to gain some weight and muscles naturally. I tried not to compare my workout with those of real weightlifters in my weight division, rather benchmarked my workout with my coach. 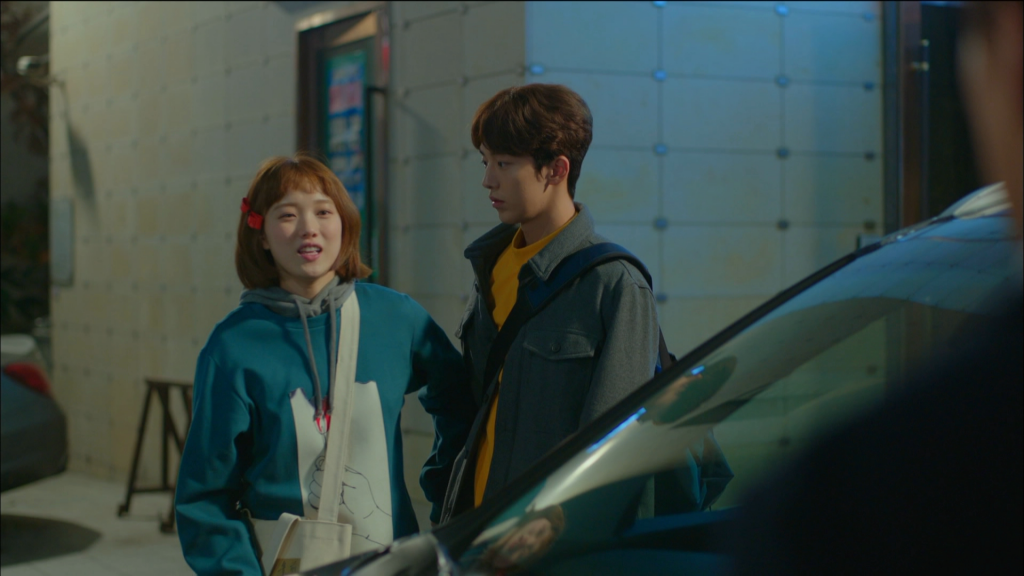 Question: In real life, Joo Hyuk and Sung Kyung are really good friends. Would there be any possibility of romance growing between you two? And did your mutual friends have any comments when they heard that both of you got the role in the same show?

Nam: Because we are really comfortable and get along with each other, the shooting with Sung Kyung went smoothly, and it was exciting. My friends and colleagues did not comment on it. I think we can act in romance shows, as we make it fun and ensure that we are comfortable. She is more like a sister to me, so I think that our acting will appear natural.

Lee: We are really good friends, so we did not need to spend time getting to know each other. Because of that, we could spend more time concentrating on our acting. Also, we are so comfortable with each other that we can play ad-lib much more. Sometimes, for the scene that Joon Hyung makes fun of Bok Joo, it gets me mad as it feels somewhat real because Joo Hyuk is actually quite cheeky. When we did our modeling job, we did a lot of photo-shoots of a couple. So, I guess we are fairly good when acting in romance themed dramas. Aside from that, Joon Hyung and Bok Joo started their relationship as friends, just like the both of us in real life.

Question: Joo Hyuk, since you played the role as a swimmer before, and now again, do you actually swim well like a professional swimmer?

Nam: This is the second time that I took on the role of a swimmer. The comment for taking it again is that I would like to say I felt somehow that ‘oh, in this way, I can really be a professional swimmer!’ I honestly feel really comfortable when I am in the pool. As for this, I did not know Joon Hyung was a swimmer but was more attracted to Joon Hyung’s character, not his profession. I am however quite confident about my swimming skills.

Question: To Sung Kyung, your past dramas had good viewer ratings. Do you have any target ratings for Weightlifting Fairy?

Lee: I am very lucky to have been part of good dramas with great teams. I am also grateful that those dramas obtained good viewer ratings. I hope that Weightlifting Fairy would be well received by the viewers, it will make me very happy. We have great producers, writers, actors, and staff, who together, have helped to attain success for this drama.