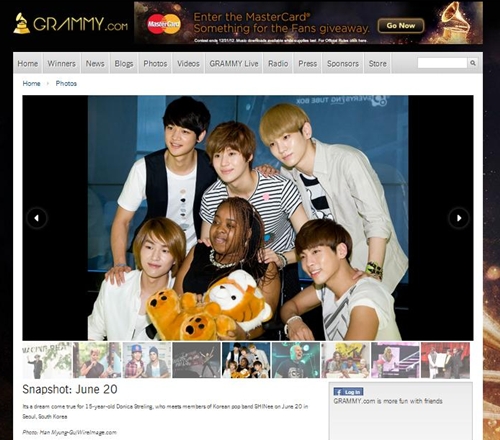 A heartwarming photograph of SHINee posing with terminally ill K-Pop fan Donika Sterling currently graces the Grammy Awards homepage. Young Sterling suffers from a muscle contracting disease that limits her ability to walk. That still didn’t stop her from making her way to Korea from New York on the 16th of June.

The following day, Sterling received an opportunity to see Super Junior on set filming for their upcoming music video. She received a gift and Super Junior performed Sorry Sorry for her. 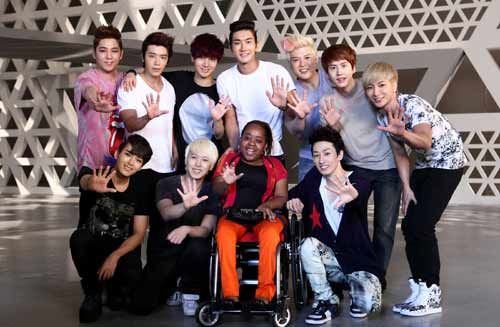 On the 20th of June, Sterling met up with SHINee at SM Entertainment‘s headquarters, where she received Taemin‘s bracelet, a stuffed animal, and photobook. The band performed her favorite SHINee song Ring Ding Dong. 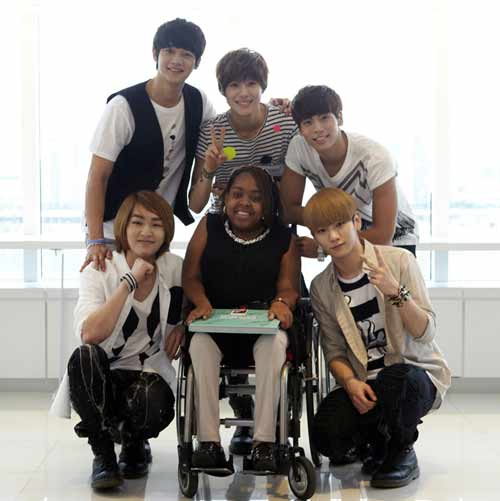 The photo featured on the Grammy Awards homepage displays SHINee surrounding Donika Sterling as she is holding a stuffed plush given by one of the members. A caption included with the photo read: