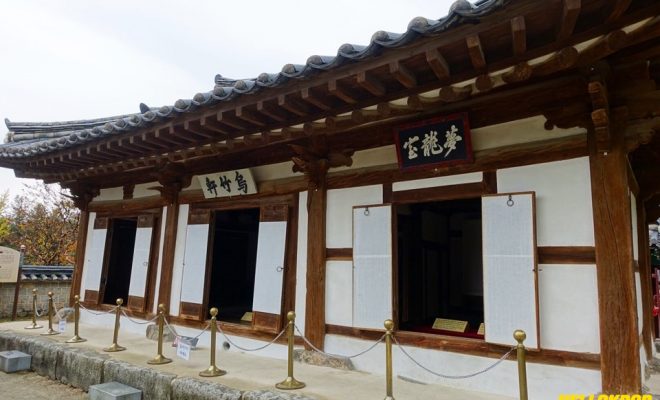 October 29, a wet day in Gangneung.

On day 4 of Korea Joa 2016, we started the day in Ojukheon. It is a very old building built around 1450. Tied with an important historical story, it has been well preserved until now. The historical key figure Yulgok Yi-I (1536-1584) was born in Mongryongsil room of Ojukheon.

In 1505, Choi Eung Hyeon took over the post of Second Minister of Punishments, and gave the building to Yi Sa-on, the husband of Choi’s second daughter.

Yi Sa-on’s only daughter was married to Shin Myeong-hwa, who lived in Seoul. Yi’s daughter and her husband gave bird to five daughters. Heroine Shin Saimdang was their second daughter. She was the mother of Yulgok Yi-I. 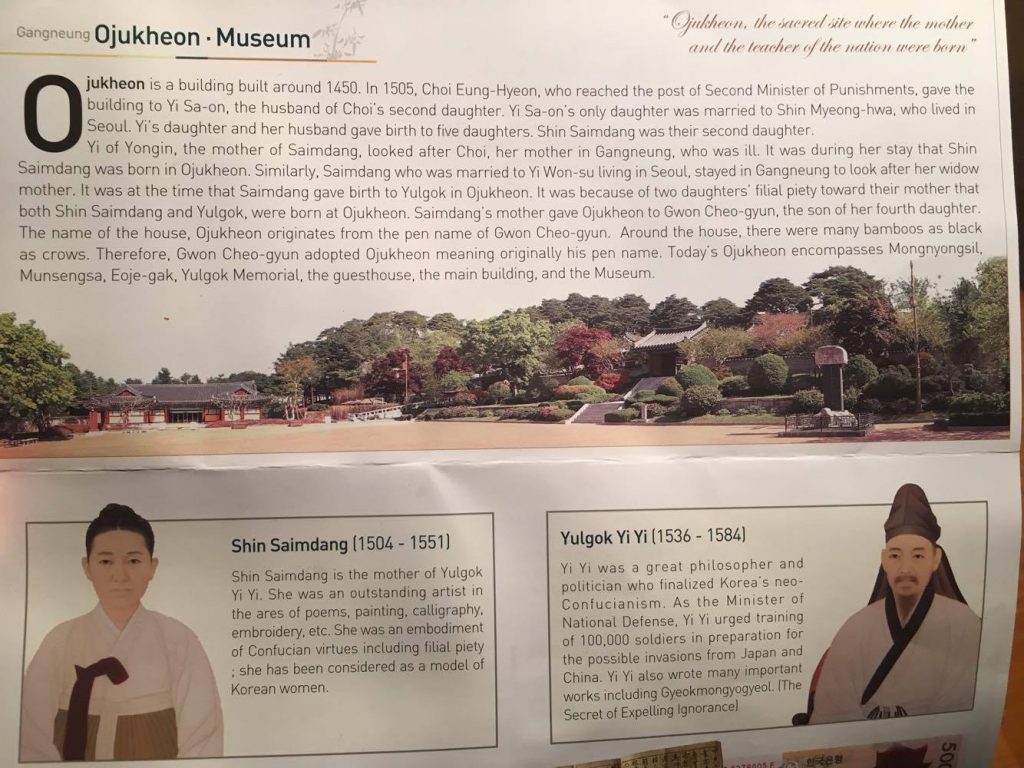 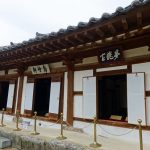 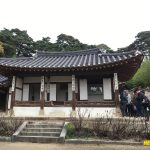 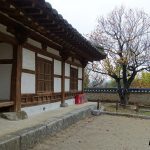 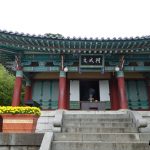 After the tour, we headed to Gangneung Hangwa to have our hands-on experience in making traditional Korean snacks.

In the premise, they offered the opportunity for visitors to try their hands on decorating the snacks with ingredients such as dates and others. 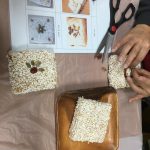 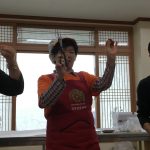 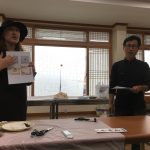 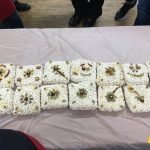 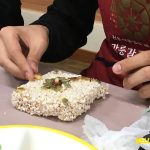 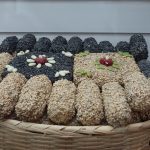 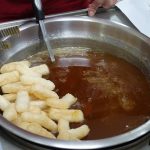 After that, we had a sumptuous lunch with a total of 22 side and main dishes, which occupied the table fully. Right after the lunch, we moved on to our next destination, another important cultural landmark – Woljeongsa Temple.

Woljeongsa Temple is located in the forest of the valley east of Mt. Odaesan. It is composed of as many as 60 temples and 8 monasteries into one huge temple.

Woljeongsa Temple was established by Monk Ja Jang (590~658). Located at the temple is the Seongbo Museum, where visitors can view the Buddhist culture of the Goryeo Dynasty (918∼1392), the nine-story octagonal pagoda, also called as the Sari-Pagoda (relic pagoda), and the Stone Seated Buddha figure.

We ended the program earlier than usual, as we needed to take a 3-hour drive back to Seoul.

The day was wrapped up at Gobong Samgyetang, located in Myeongdong. As the name of the restaurant suggests, we were fortunate to enjoy one of the most famous Korean dishes, Samgyetang (Ginseng chicken soup). Yummy. 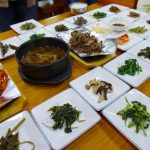 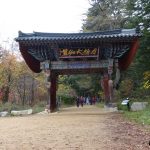 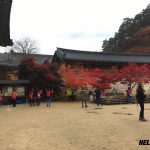 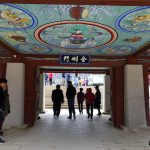 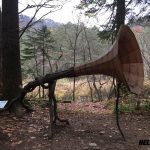