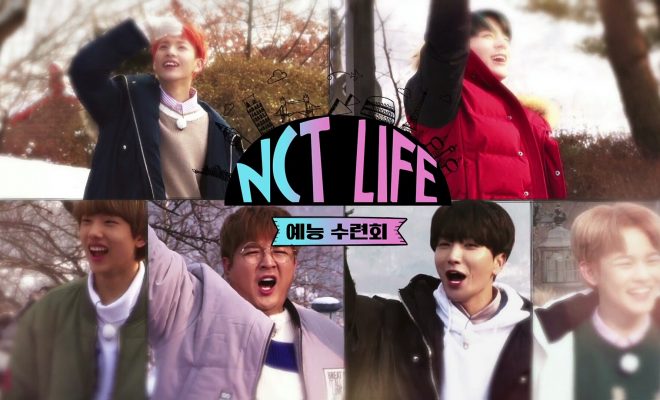 NCT‘s own reality show is set to return with a new season and cast. The group’s youngest unit, NCT Dream will take over the fifth season of NCT Life, titled as NCT Life: Entertainment Retreat along with Super Junior‘s Leeteuk and Shindong.

The new season will mark members Renjun, Chenle, Jisung and Jeno‘s first official broadcast on NCT Life. Aside from a brief stint of SM Rookies in NCT Life in Bangkok, the show mainly featured the members of NCT U and NCT 127.

Leeteuk and Shindong will lead their juniors in an “entertainment retreat” to test their entertainment potentials. The one-minute teaser began with a harmonization of the NCT members. Also, the show is set to feature the members challenging various games and playing happily despite the cold weather.

However, viewers might need to prepare their hearts (and tissues) as Renjun, Chenle, Jisung and Jeno shed tears during a camp fire talk.

The reality show is expected to give its audience an opportunity to see new sides of the idols. The first season of NCT Life was shot in Bangkok and showed the members’ activities in Thailand.

Filmed in Seoul, the second season introduced members Winwin and Kun. It aimed to show Winwin and Kun, who are both from China, around Seoul.

The third season saw Taeil, Taeyong, Yuta, Mark, Jaehyun, Haechan and Winwin go through team building activities in Paju. With the theme Korean Cuisine Challenge, the fourth installment featured a cooking battle among the members. Jaehyun emerged as the final winner of the season.