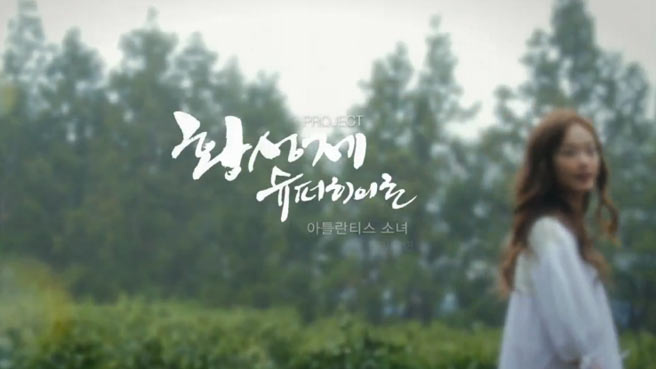 The video for Atlantis Princess features the unexpected appearance of actress Jeon So Min who is seen wandering through the woods of Jeju Island.

Hwang Sung Jae Project Super Hero includes the works of various other hit artists such as BoA, TVXQ, and Sung Si-Kyung. The project album was released on April 15.

Check out the music video for Lena Park’s Atlantis Princess below:

Hellokpop, as an independent Korean entertainment news website (without influence from any agency or corporation), we need your support! If you have enjoyed our work, consider to support us with a one-time or recurring donation from as low as US$5 to keep our site going! Donate securely below via Stripe, Paypal, Apple Pay or Google Wallet.
FacebookTwitter
SubscribeGoogleWhatsappPinterestDiggRedditStumbleuponVkWeiboPocketTumblrMailMeneameOdnoklassniki
Related ItemsAtlantis PrincessBoAHwang Sung JaeHwang Sung Jae Project Super HeroJeon So MinLena Parkmusic videoremake
← Previous Story LEDApple covers Justin Bieber’s ‘As Long As You Love Me’
Next Story → C-Clown releases music video for ‘Shaking Heart’