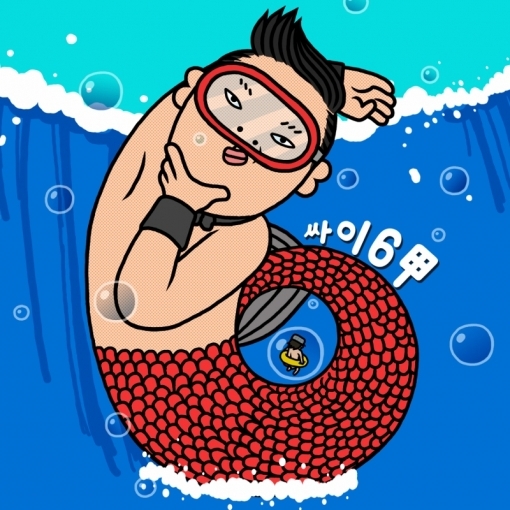 After two years, PSY is set to return to the music scene with his sixth album, Psy’s Best Sixth.

The cover image was revealed to feature a merman version of PSY which gives a very ‘summery’ feel along with a tiny caricature of YG Entertainment‘s CEO, Yang Hyun Suk, floating with an inflatable tube.

The new album features six tracks in total and will be featuring a number of other famous artists such as: G-Dragon, Sung Si-Kyung, LeesSang, Kim Jin-Pyo, Park Jung-Hyun and Yoon Do-Hyun. The album’s title track, Gangnam Style, is also entirely the creation of PSY, with the rapper working on everything from the song lyrics to choreography. Check out the full tracklist below.

YG Entertainment have revealed that, “PSY has been working on his sixth album for 2 years ever since his fifth album was completed.” They also added that,“His sixth album will be split into two parts and released separately in order to provide a sense of friendliness to the audience.”

PSY will be releasing Psy’s Best Sixth Part 1 along with the music video for Gangnam Style on July 15. 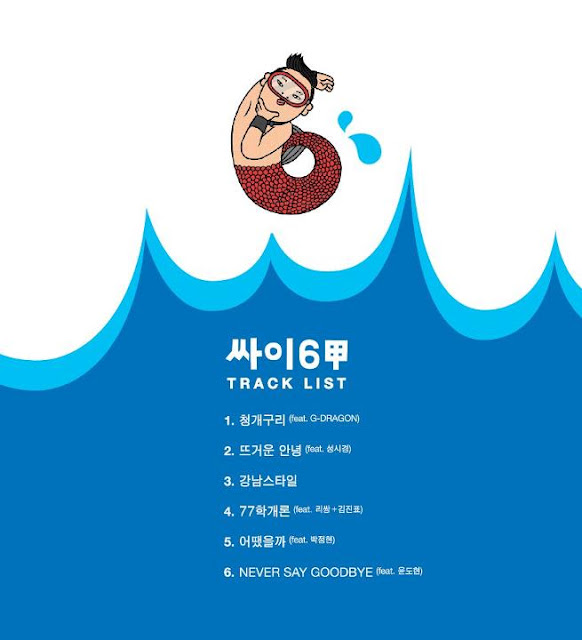